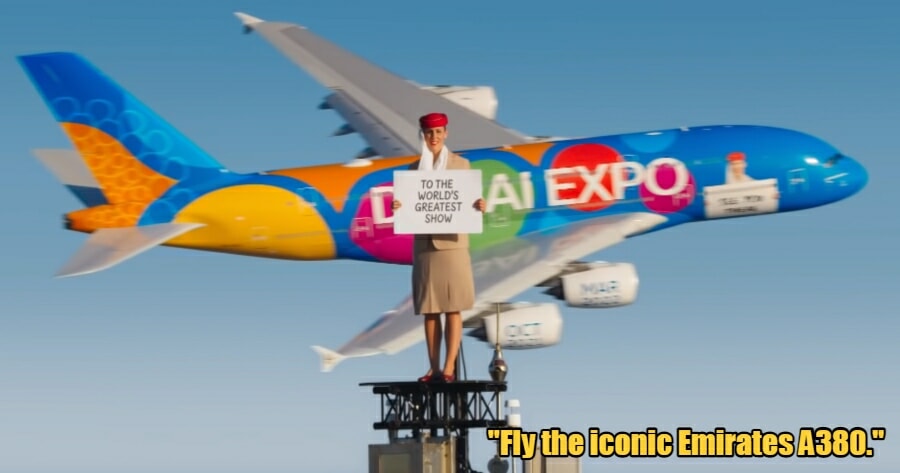 A while back, an Emirates advertisement caught the eyes of many, for what may be the wildest stunt ever seen. In the ad, a woman in an Emirates flight attendant’s uniform stood right at the tip top of the Burj Khalifa, showcasing messages on placards.

And guess what? She’s back and this time, she’s not alone.

In a video shared on YouTube titled ‘See you at Dubai Expo‘, the woman shares that she’s ‘still’ atop the Burj Khalifa. But, she’s not alone as a huge Airbus A380 plane flew around her.

The purpose of the video seemed to be to promote the Dubai Expo while encouraging visitors to fly into Dubai with Emirates.

“Fly the iconic Emirates A380, to the world’s greatest show.”

The video ends as the woman waves at the airplane while it flies over Dubai.

We truly cannot begin to describe the amount of sheer guts the woman has to not only be standing at the very top of the tallest building in the world, but to also do it while a huge airplane flies around her.

But don’t worry about her, she’s experienced with heights!

In addition to the strict safety measures taken, the woman, Nicole Smith-Ludvik, is a professional skydiving instructor and stuntwoman.

We also genuinely hope they let her down from there every once in a while.

You can watch the mind-blowing video here:

Also read: There Are 2 Types of Coca-Cola? Here’s How To Know You’re Getting The One You Like 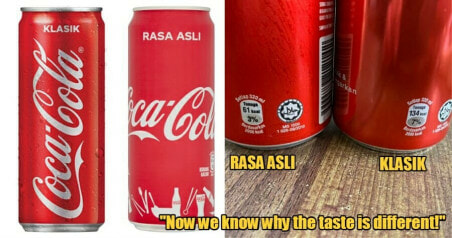