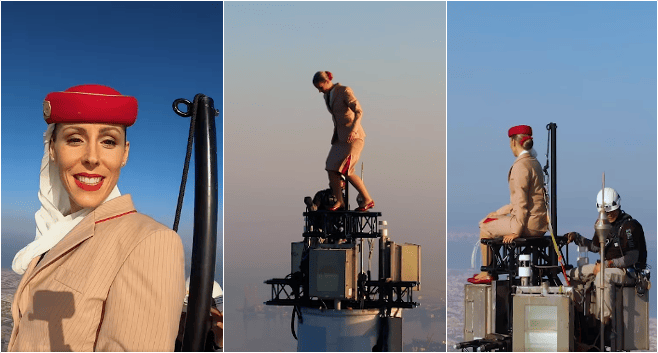 A video released by one of the world’s leading airlines, Emirates has caught the attention of many. The video shows a woman dressed in their cabin crew attire standing on top of the Burj Khalifa building in Dubai while holding several pieces of paper with messages on them.

The video has provoked various reactions from the public regarding its authenticity. Some are saying that the video was only made in a studio against a green screen background. However, the airline has recently dismissed all allegations by uploading a behind-the-scenes video showing that the filming of the woman was actually made right on top of the tallest building in the world and not in a studio.

Real or fake? A lot of you have asked this question and we’re here to answer it. Here’s how we made it to the top of the world’s tallest building, the Burj Khalifa.Emaar Dubai

From the video, we can witness the rehearsal as well as some preparatory and safety measures before the filming was done at the top of the 828-meter-high building. According to captions found in the video, they needed more than an hour to climb from the 160th floor to reach the top of the building.

In addition, strict protocols and security measures must be prioritized to produce the depiction of one of the highest locations in the world. The video also received a ton of views and to date, it has garnered over 1.3 million views. It is mind-blowing to actually see the procedures behind the viral video that they produced.

Here is the original ad:

We're on top of the world

Reconnect with your loved ones or take a fabulous vacation.From 8th August travel to the UK gets easier. 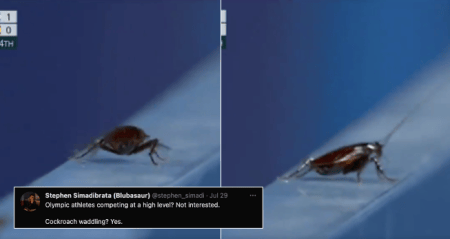