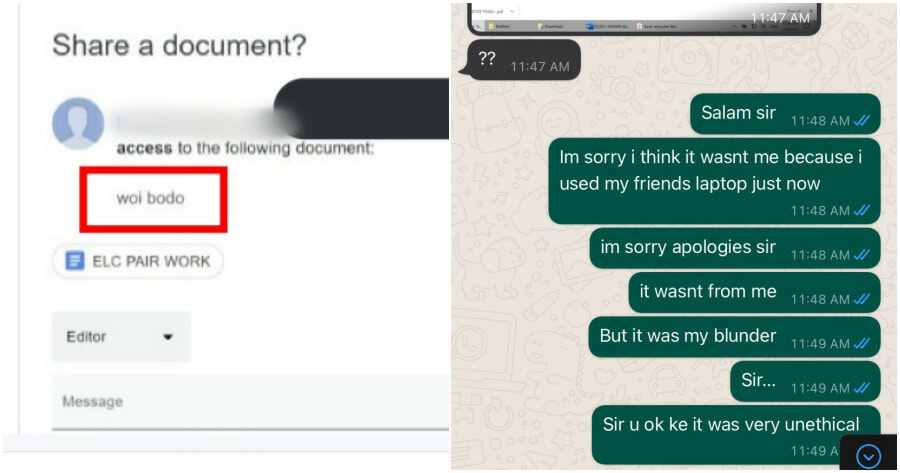 Have you ever done anything embarrassing that could potentially offend your teacher or lecturer? How did they handle it?

Fortunately, this Malaysian girl’s lecturer was the GOAT (greatest of all time) and played it cool when she messed up.

The first photo shows a screenshot of her request to access a Google document, accompanied by a message that says, “woi stupid”. 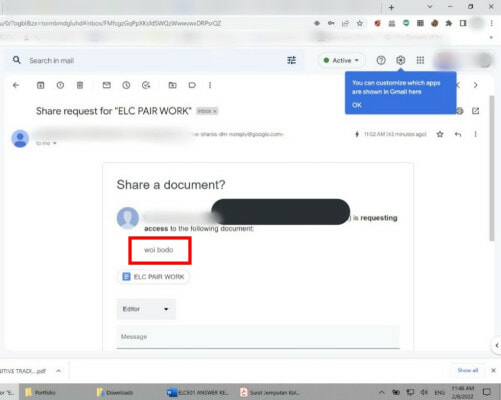 The second and third screenshot shows her conversation with her lecturer.

In the conversation, her lecturer sent her a photo of the request with two question marks.

Panicking, Yasmin initially denied sending the offensive message. However, she then admitted to her mistake and started apologising profusely.

Instead of getting angry, her lecturer found the blunder amusing and asked Yasmin not to worry as he knew it was just a mistake.

Consequently, an embarrassed Yasmin asked him if they could keep the mistake a secret.

She even attempted to bribe him with Almond London cookies, to which he declined by saying, “I don’t take bribes.”

“The text was meant for my assignment partner because I thought it was weird for her to lock our document, but, as it turns out, it was my lecturer’s document. Luckily, he played it cool,” she said. 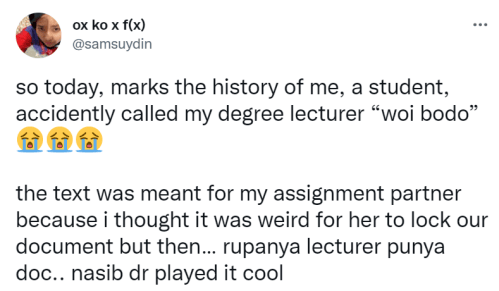 In the comments, netizens pointed out the irony of Yasmin asking her lecturer to keep the incident a secret and then sharing the story on her public Twitter account.

“You want to keep it a secret, but it’s also you who published it. Which is correct?”

“It’s okay, sis. This secret between you and your lecturer is now a secret amongst 4763 of us. We promise we won’t tell anyone.”

It must be nice having a lecturer like Yasmin’s!

Also read: M’sian Lecturer Praised For Saving Student From Failing Exam By Allowing Him To Answer in BM 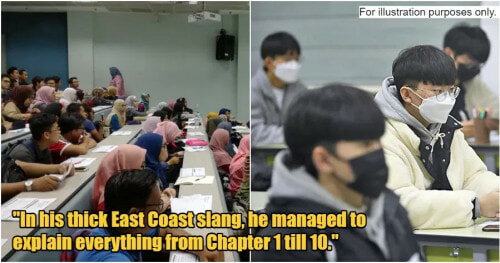