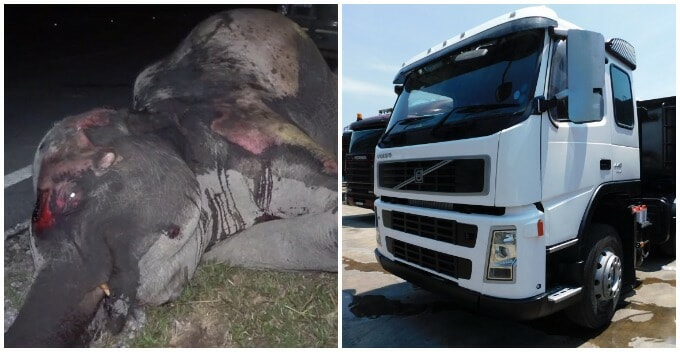 We keep on hearing news about the sudden appearances and deaths of animals these past few weeks and it is starting to raise confusion and worry among the public.

Another unfortunate accident has happened as a trailer accidentally collided into a female elephant and consequently caused its death. The incident occurred at Kilometer 44, Jalan Kuala Berang-Aring, Terengganu at around 10.23 pm on Saturday (27th July 2019).

According to District Police Chief Deputy Supt Mohd Adli Mat Daud, early investigations found that the incident had happened as the trailer was en route from Gua Musang to Kemaman Port to deliver iron ore. The driver was not able to evade a herd of elephants that were crossing the road, consecutively crashing into one of the female elephants of the herd.

The female elephant was estimated to be seven years old with a weight of nearly three tonnes, and was found stuck under the rear tire of the head of the trailer. However, the 32-year-old male driver from Bandar Permaisuri, Setiu had not suffered from any injuries. 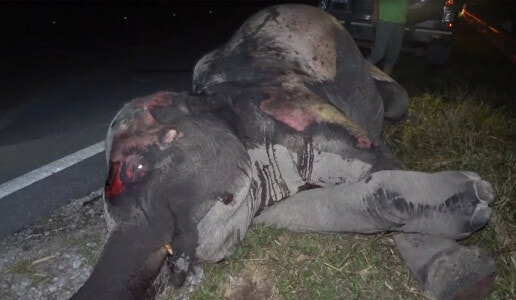 “Upon the arrival at the accident scene, a herd of elephants was seen on the left side of the road from Gua Musang trying to head to the right side to Kemaman Port,” stated Adli according to Utusan.

“Due to the distance being too close, the trailer driver didn’t manage to evade the wild herd of elephants and accidentally crashed into an elephant who was attempting to cross the road.”

Adli had stated that the Department of Wildlife and National Parks (PERHILITAN) Terengganu was at the location of the accident and gave aid by transporting the carcass by using a lorry.

The Volvo trailer which was loaded with iron ore had shattered its front left light, while the front bumper was also crushed.

He had said that there was a sharp curve heading downhill at the location of the incident, though the weather was fine and not raining so the surface of the road was dry at the time of the accident.

It is understood that the carcass of the elephant was buried near the location of the accident at nearly 1am.

We hope that there will be more efforts to preserving the habitats of these animals. If no one were to take action then should we just wait until all of these beautiful creatures go extinct? 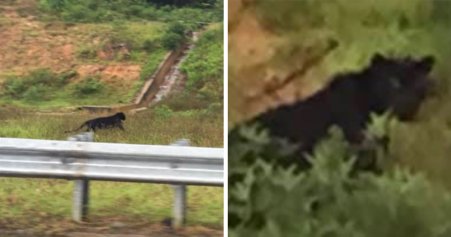