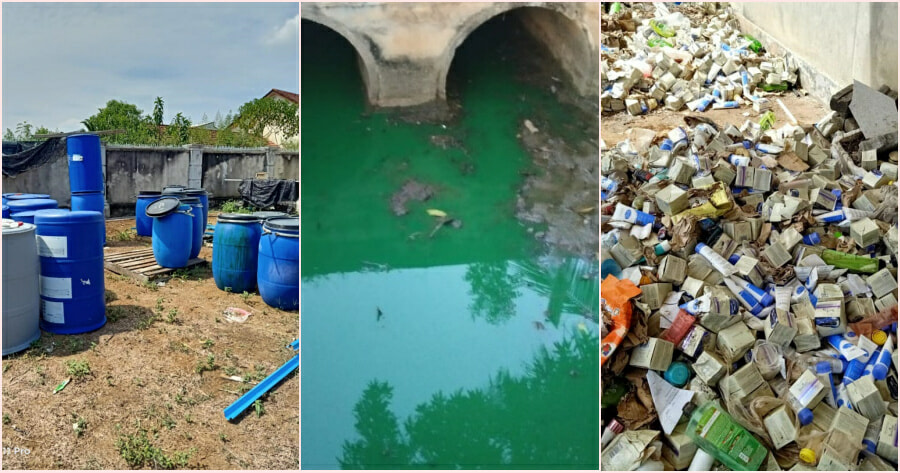 We have had a problem with improper disposal of waste since forever. It was even said that littering was one of the main causes behind the flash floods which impacted the lives of many.

Recently, residents of Kampung Bakar Kapur, Penghulu Him, Sungai Petani, were shocked after discovering that their nearby drain water had turned completely green!

According to Berita Harian, the residents believe that the change is due to water pollution which was done by irresponsible disposal of toxic waste from a housing contractor project nearby. 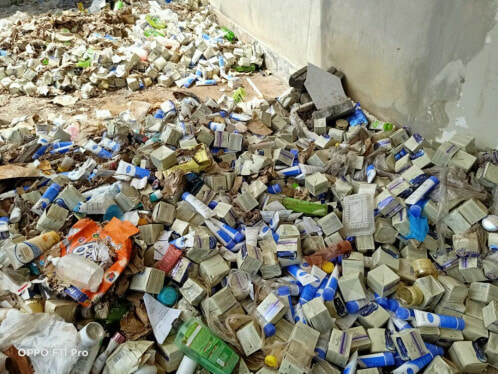 The residents are also concerned that the polluted drain will affect other waterways, as it is connected to the Muda river which is a major source of income for many.

The green drain has resulted in fishes dying as well as omitting a foul smell which has been bothering the residents ever since last Wednesday (26 January).

Local eatery owner, Ramizan Marzukir, said that he noticed the weird looking water when one of his customers pointed out that there’s an awful stench. 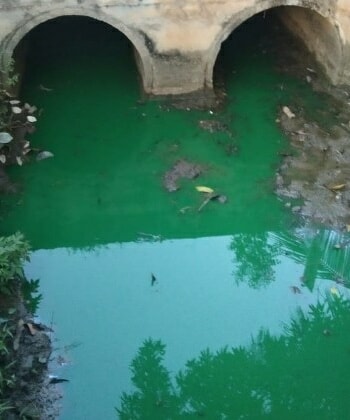 After further investigation, the customer found that the smell was coming from the drain near his restaurant which had surprisingly turned green at the time.

Another villager who tried to find the cause of this problem managed to discover around 16 big blue barrels which were believed to be filled with toxic waste in the housing construction site in Penghulu Him, said Ramizan. 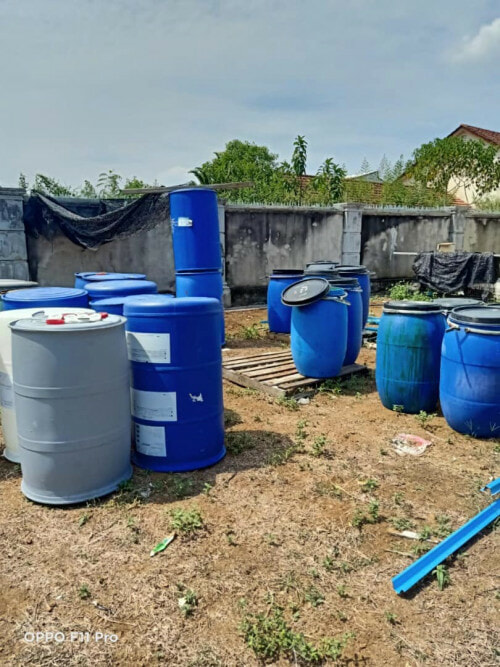 Ramizan and the village head went to the housing construction site to ask the contractor about the incident, but they said that it is only for the use of shampoo to clean the houses there.

They then contacted the Kedah Environmental Department (JAS) to investigate further who has taken a water sample from the drain for testing and sealed the area temporarily.

After the incident, it was noted that the water had returned to a normal colour. However, deposits of waste material were still seen in the drain near the residential homes.

Minister of Water releases a statement

The matter had even caught the attention of the Minister of Environment and Water, Ustaz Dato’ Sri Tuan Ibrahim bin Tuan Man.

He stated via a Facebook post that, in the ongoing investigation, JAS Kedah has found around 52 blue barrels, 22 of them believed to contain paint before.

JAS also found plenty of cosmetic waste at the location nearby. They have since confiscated the barrels and took samples in for further inspection.

Besides calling the contractor representative for questioning, the issue has been sent to Solid Waste And Public Cleansing Management Corporation (SWCorp) for more action. 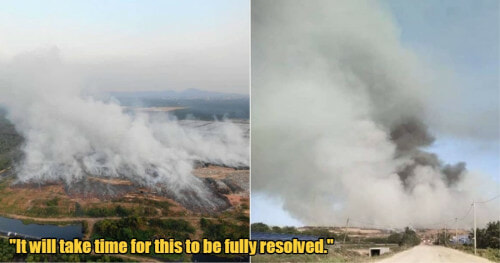