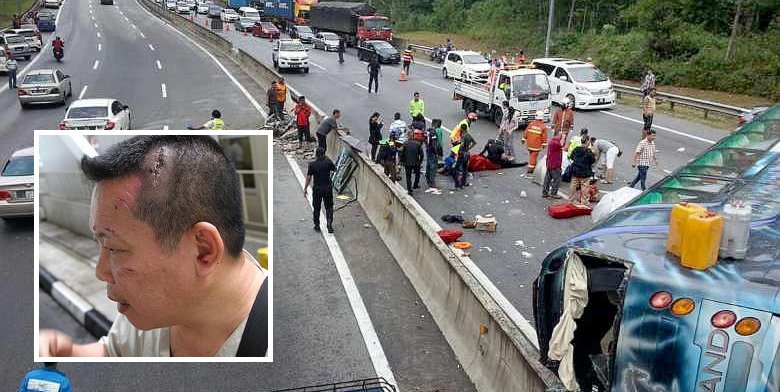 Singaporean William Wee, 52, and his wife just became a victim of a horrible accident after their tour bus that was returning from Genting Highlands overturned.

However, their nightmare was not over! The two were also victims of theft after alleged bystanders pillaged through his luggage. 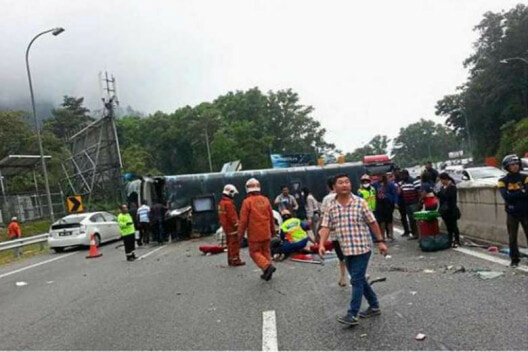 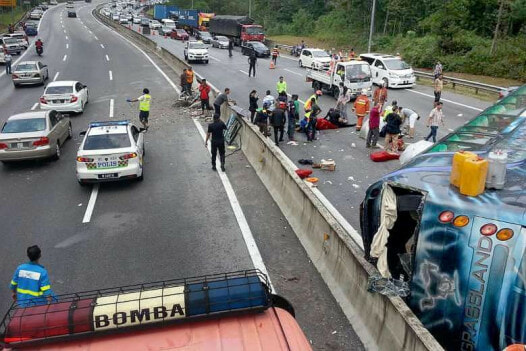 “I don’t know where everything had gone, but when my wife was dragged out, her gold necklace and bracelet were missing.” William told Singaporean daily The New Paper.

After reuniting with his injured wife, it hit him that his Galaxy Note 5 and Sony Xperia smartphones were still on the bus… But they were all missing when he tried to locate them back on the bus. To add further salt to his wounds, his wallet, containing S$350 (RM1,500) and RM1,500 was nowhere in sight.

“We never found our luggage or phones,” said Mr Wee, who later reported his loss to Malaysian police.

Mr Wee recalled that though he was confused after the crash, he remembered a dozen people entering the bus to help pull injured passengers out after their bus crashed on 31 Aug 2016.

He saw a couple more standing around the crash site, but when the authorities arrived, they all vanished. He thus suspects that a couple of those seemingly ‘good Samaritans’ could’ve been the culprits. 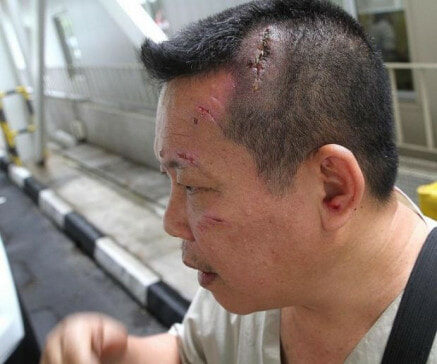 His injuries has rendered Mr Wee with 18 stitches to his head, and it was treated at Bentong Hospital. Meanwhile, his wife received multiple fractures to her shoulder, ribs and right wrist.

Another passenger aboard the same bus, Mr Phillip Wee, 65, reported that his wife lost her S$6,500 (RM19,000) Rolex watch after she was pulled out by bystanders.

“All we got back from the police were our passports. When I asked them where the rest of our belongings were, they said they did not know.” he told TNP.

The bus driver and 9 out of the 12 passengers suffered injuries from the crash after it crashed into a road divider and overturned.

This appalling behaviour from Malaysian bystanders have caused outrage within our own citizens, with Malaysians expressing their disgust on the incident. 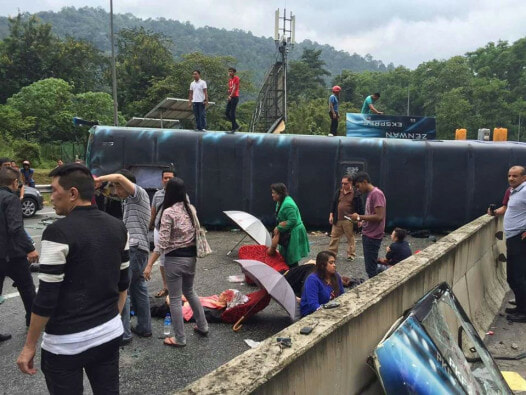 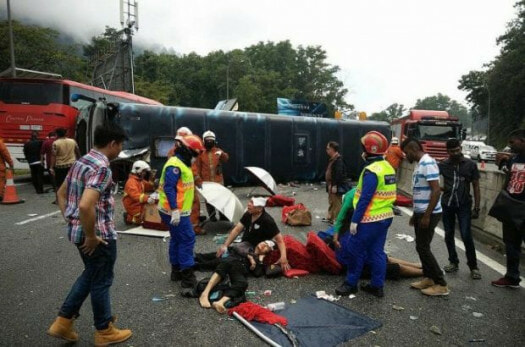 “People were so badly hurt in this accident and these thieves took the opportunity to steal from them??! Where is the humanity??” one user wrote.

Another mentions the lack of sympathy and how these actions will reflect badly on Malaysians.

“Memalukan negara je. I can’t believe anyone would actually do such a thing.” another commented.

It’s reported that a father who was with his wife and 2 other children on the bus is placed in ICU after  broke his arm and a wrist bone, and punctured his lung. The 52-year old is fighting for his life as he has not gained consciousness yet and he needs assistance to breathe, reports Straits Times.