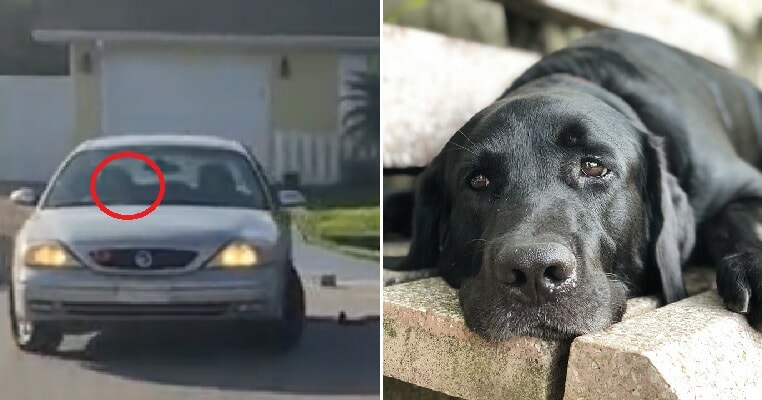 Have you ever done a doughnut in your car before? You may want to improve your driving skills a little after reading this below because this dog managed to do doughnuts in a car for about one hour before it stopped. Looks like the ride of a lifetime! 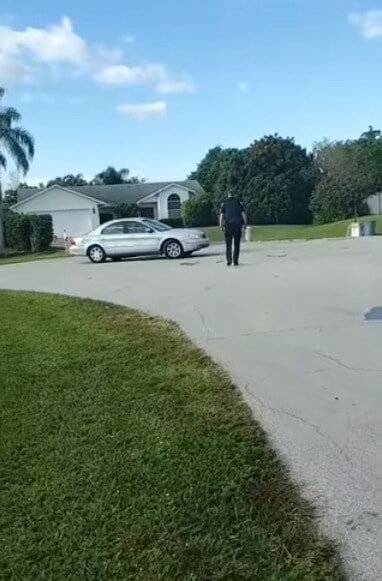 The Black Labrador was discovered having the time of his life while in his owner’s car after the pooch had followed the man out for a joyride. However, it looks like the pooch got more than he bargained for as he was stuck inside the car while it spun in reverse for more than an hour, WFLX reported.

The incident, which happened at Port St. Lucie in Florida on Thursday (November 21st) at around 8.30am. One neighbour, Anna Sabol said she was surprised to see that there was a car spinning in circles outside the cul-de-sac. She thought it was an inept driver but when the car kept doing doughnuts, she felt it was weird. 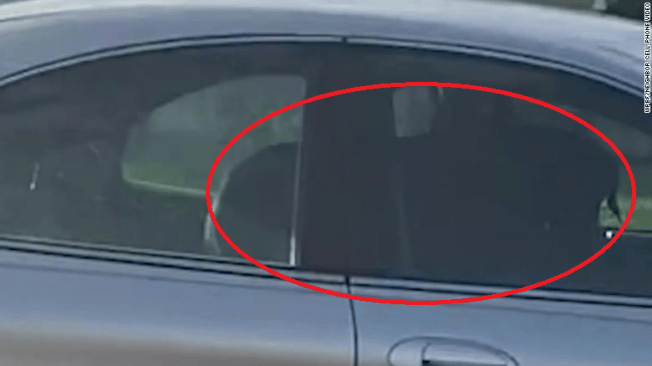 She looked out of the window and saw two police cars coming and the fire department. They could only watch as the grey sedan continued spinning while the dog, named Max seemed to be enjoying driving. The police tried to stop the car with the owner’s key but it had run out of battery.

They could only watch as Max drove for about an hour before he crashed into a mailbox, a trash can, and moved some bricks in front of a home. The car slowed down and police managed to open the driver’s door by punching in the passcode. 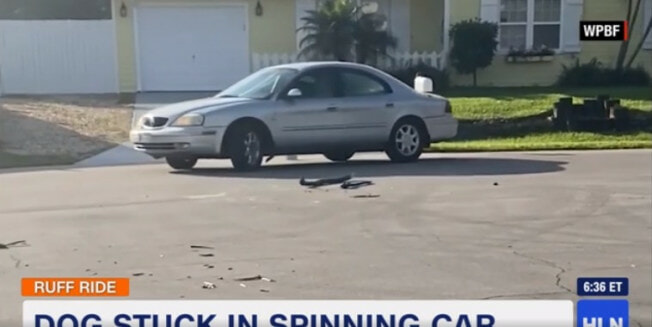 Sabol said, “I laughed. I thought they should give that dog a license to drive. He was a better driver than a lot of them I’ve seen. He was doing pretty good until he hit the mailbox. He went around for about an hour without hitting anything at all,” Apparently, the dog’s owner, which wanted to remain anonymous, said that he had stepped out of the car for a moment when the Black Labrador somehow accidentally knocked the car into reverse and locked the door.

Luckily, no one was hurt in the incident, including Max. In fact, the dog seemed pretty happy about being in the driver’s seat for once as he had jumped out of the car, wagging his tail.

Car circles the cul-de-sac with ‘MAX’ locked inside

On November 21, 2019 at around 8:07 am, officers went to the 2600 block of SW Edith Court, Port St. Lucie, FL for reports of a dog locked inside of a car (2003 Silver Mercury Sable) circling the cul-da-sac while in the reverse gear.While on scene, police learned the owner of the car made a wrong turn onto SE Edith Court, therefore he (owner) stopped his car, stepped out and while doing so, he shut the door leaving the dog inside. The dog named MAX accidently hit the shifter into reverse causing the car to circle the cul-de-sac, leaving the owner locked out of the car. As the car circled the cul-de-sac, it struck and damaged a mailbox. The owner provided police with an extra car fob, however it was inoperable due to a dead battery, so police gained access by approaching the car and entering the code on the key pad located on the driver side door. No injuries were reported, and the car sustained minor damage. MAX was fine, healthy and happy!

We’re glad the doggo is alright but don’t try this at home, kids! 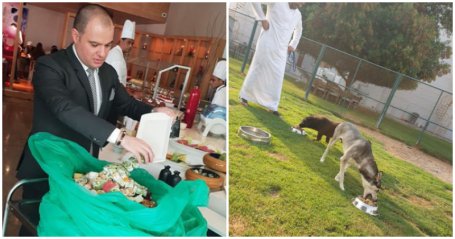