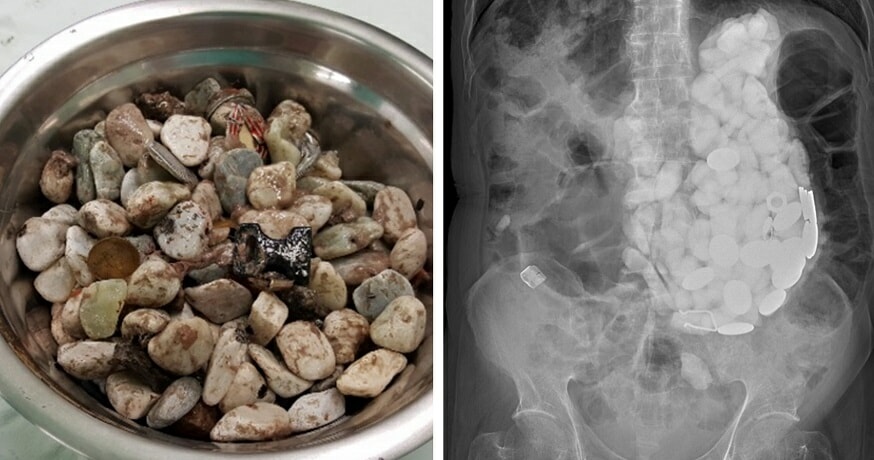 This is pretty unsettling, to say the least!

According to the Daily Mail, doctors were shocked after discovering a collection of stones, bottle caps, and coins weighing approximately 2kg inside a patient’s stomach. 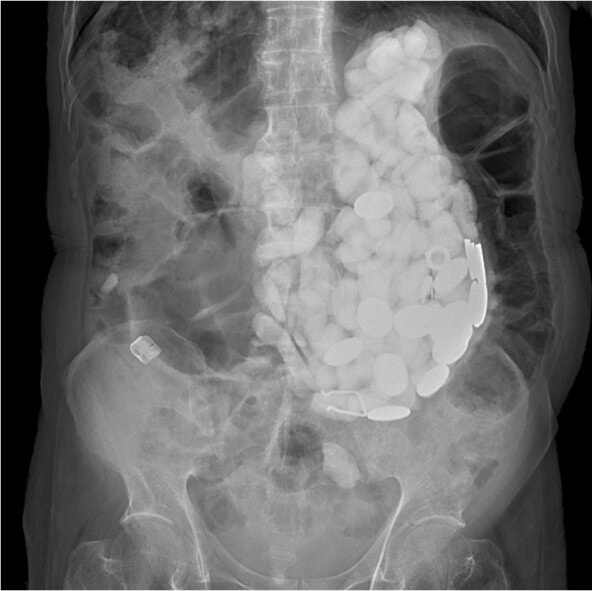 The 54-year-old man, who has not been identified, is from South Korea and was actually born with an intellectual disability.

The man was reportedly complaining about having stomach pains and needed medical assistance. After visiting the doctor, the man was found to be bloated and the doctor felt hard stones while touching his stomach.

After the man went for an X-ray, it was revealed that a massive collection of solid objects were occupying his entire stomach. How did this even happen?!

After discovering this, the man then confessed to the doctors that he often ate coins and pebbles whenever he felt anxious. It was not clear how he could swallow all these objects.

Without any delay, doctors performed surgery on the man using the gastroscopy method, which involves inserting a flexible tube known as an endoscope into the stomach. However, this first attempt eventually failed because of the massive amount of objects taking up space inside his stomach.

The team of surgeons managed to extract the objects one-by-one using another difficult procedure. The extracted foreign bodies including pebbles, coins, and bottle caps. 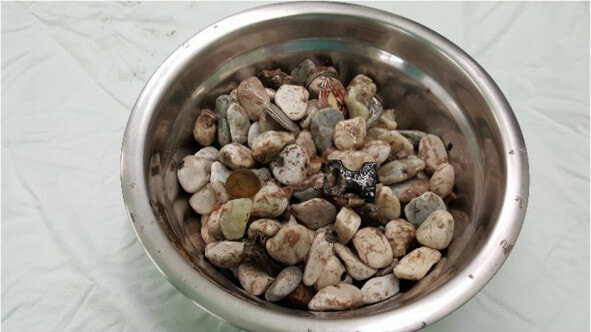 The doctors said it was uncertain how long those objects had been sitting inside his stomach. The man was discharged after a nine-day stay at Inje University Ilsan Paik Hospital.

This extreme case was later researched and published by Dr Pyong Wha Choi in the American Journal of Medical Case Reports. While examining the rare case, Dr Choi stated that foreign objects ingested are more common in kids as they would accidentally or easily swallow such objects. However, foreign objects that are most ingested by adults include chicken or fish bones.

“In the present case, even though the patient did not complain of vomiting, the large number of pebbles and coins in his stomach caused him abdominal pain.”

What do you think about this story? Share your thoughts in the comments section below! 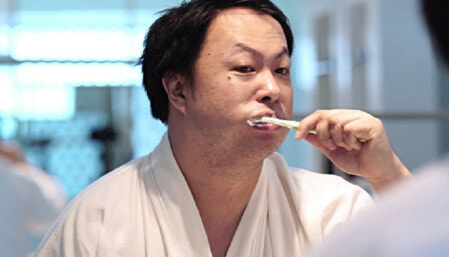