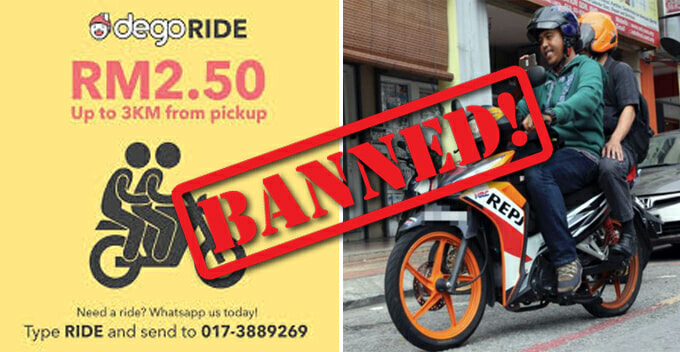 In 2015, a Malaysian start-up team has set up a ride-hailing service called Dego Ride, and it has received overwhelming response from city dwellers which we covered about it here.

Dego Ride is seen as a cheap and fast alternative way to beat the traffic especially during the rush hour. Hence, every Malaysian was super excited to learn about such a service!

It is similar to the Ojek service in Indonesia and Motorsai Rap Chang in Thailand. The passenger would be ferried around the city using a motorcycle and the fare goes as low as RM2.50 for the first 3km and Rm0.60 for every subsequent kilometre. 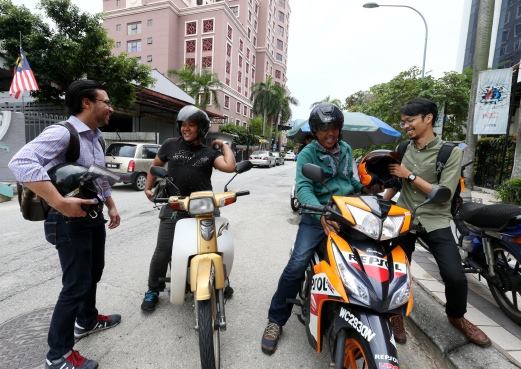 However, the Deputy Transport Minister Datuk Abdul Aziz Kaprawi recently has announced that the government didn’t issued any license to the company which uses motorcycle to ferry passengers. As such, it was considered as illegal under Road Transpot Act 1987, NST reported.

“So far, no licences have been issued for motorcycle taxi riders. If they conduct such a business, it is illegal,” said Datuk Abdul Aziz.

He has also ordered the Road Transport Department to take action against Dego Ride if the services is continued. If Dego riders are caught ferrying passengers, they could be charged misusing personal motor vehicle licences for commercial purposes, FMT reported. 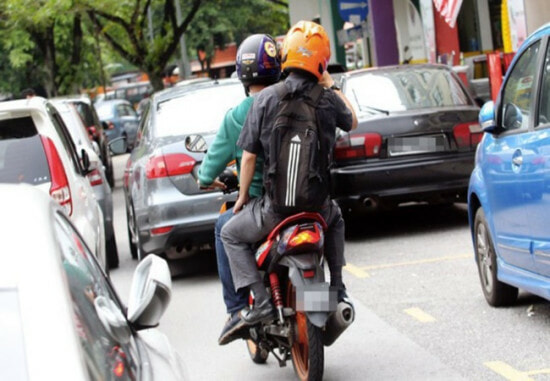 Some netizens questioned the reason behind the banning as their service is similar to that of Uber and Grabcar. Then again, others understood their reasoning behind this ban, such as safety and liabilities if something goes wrong.

Regardless of its legitimacy, Dego Ride is undoubtedly a smart and innovative creation from Malaysian citizens. let’s hope they clear off this red-tape issue!