Grandmas can sometimes be the cutest beings ever!

Despite their ageing, most of them never fail to make our day, and not to forget, filling our tummies too! They would do anything to make us happy.

Recently, this cute Malaysian grandma went viral on TikTok for arguing with an inanimate object. 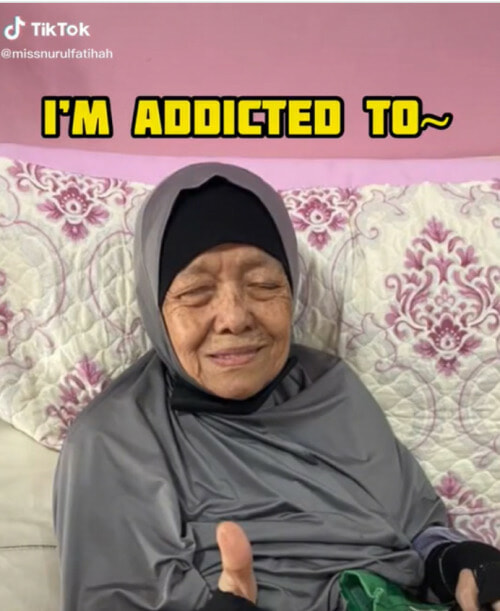 The caption for this TikTok posted by @missnurulfatihah reads, “setepek kena bongok” (She insulted the cactus toy for being stupid).

The toy is famous for its cute wiggly dance and ability to imitate a person’s speech when they talk to it.

Talking in a Negeri Sembilan dialect, netizens were humoured by how this grandma argued with the toy.

From asking questions to calling it names. Even threatening the toy that she’ll send it to the police. This grandma was obviously having fun playing with the toy.

TikTok netizens laughed along with the cute grandma

The argument kept on going on for a whole 2 minutes, but netizens never got bored of this wholesome video.

Amused by the argument, TikTok netizens showed a variety of responses.

One TikTok user commented mentioning how they are worried for the grandma jokingly. What if she gets high blood pressure after all this?

Another user expressed how they had fun watching the video to the extent of they themselves are tempted to buy the cactus toy for their grandmothers. 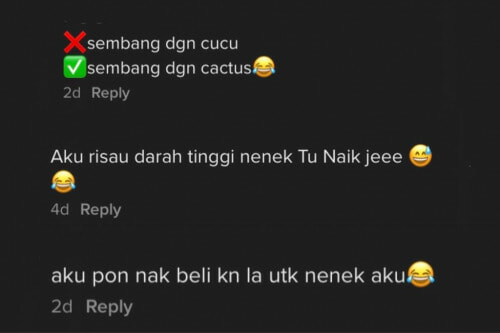 “I still remember the time I brought my grandmother to the cinema, and she told me to open the lights and slow down the volume 😂”

One TikTok user reminisced on how their grandma also “fought” with a similar app that also used to be famous a few years back, Talking Tom.

“If that was my grandma, the toy would be ‘dead’ by now,” commented another TikTok user. 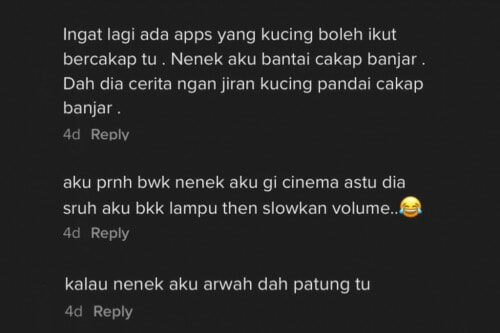 You can check out @missnurulfatihah’s full TikTok video here.

Let us know what you think of this battle between the grandma and cactus toy in the comments down below.

Also read: 84yo Grandma Works Part-Time Peeling Onions As She Wants To Be Independent