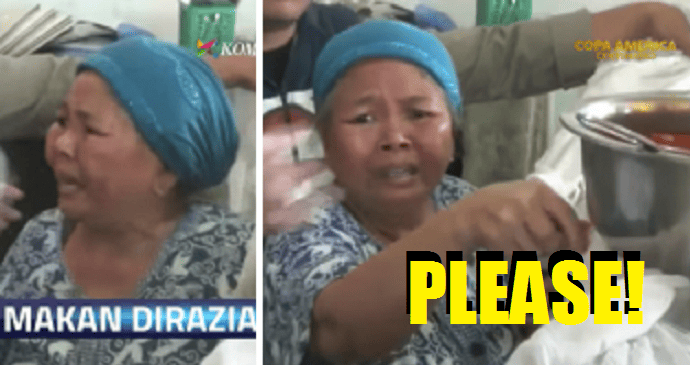 Recently, a video recorded by Kompas TV in Serang, Banten, instantly went viral on Friday, with many Indonesian netizens moved by the elderly woman’s distress upon seeing the fruits of her labour being seized.

In heartbreaking video, a woman is seen crying on TV as Public Order Agency (Satpol PP) personnel took away the food she was selling in a crackdown against food-stall sellers for selling their wares during daytime. During the month of Ramadan, Muslims fast from dawn til sunset. 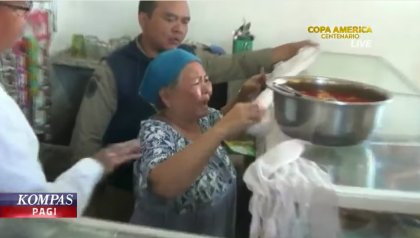 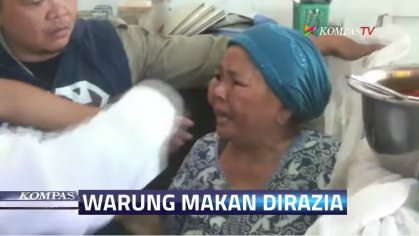 She is seen crying and begging the officers not to impound the food she sells for a living. No matter how much she begged, the officers refused to let it go.

The Satpol PP personnel went ahead and did “their duty” and continued to confiscate her products while she wept in the background.

Her agonizing expression was hard to watch and she gained mass sympathy from viewers who watched the video. The internet was outraged for the need to confiscate the food she laboured over in the morning just to earn a living. 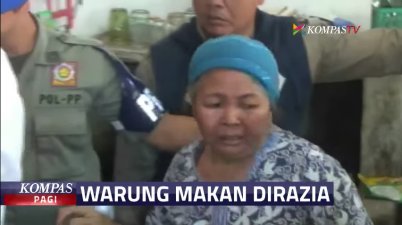 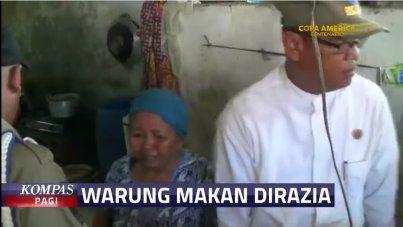 Her alleged wrongdoing was selling food at midday during Ramadan, an “act of crime” in the eyes of rules known to plague Indonesia’s economy during the Muslim fasting month. 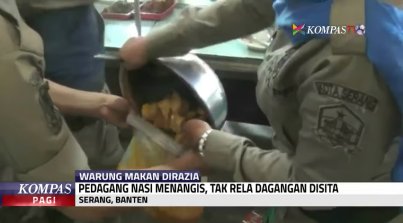 In an interview with Kompas TV, Serang Satpol PP head Maman Lufti said that the food stall was a legitimate object for the raid for opening during the day and serving food.

“The restaurants and food stalls in Serang are serving food to those who are not fasting,” he said, adding that dozens of stalls have been targeted during the raid and their food impounded.

The reason for closing restaurants was so these open stalls don’t act as a “temptation” for those who are fasting.

Indonesians themselves and people worldwide were outraged, mentioning that Muslims who break their fast have their own to blame, and it wasn’t the fault of these restaurants. 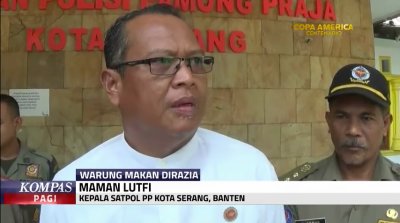 Many food stall owners said they were not aware of such a rule that prohibits them from selling during the day.

Others have said they needed the money for living, especially ahead of the Idul Fitri festival.

Many Indonesian netizens have cried foul in reaction to this video. Some frown at how the cops bagged all the food despite the woman begging not to, as they are essentially seizing her source of income.

Some netizens took it one step further by organizing and impromptu donation campaign that raised more than Rp 80 million (approx RM24,000) in less than 12 hours in support of the woman, and donations keep pouring in.

Responding to the incident, twitter user by the name of Dwika Putra Hendrawan, launched the #StandupSerang movement on Saturday morning.

“Instead of being angry, let us fight against the arrogance with real action. Let us help the mother in Serang whose food was impounded. The donation will also go to other food vendors who cannot make a living due to Ramadhan raids,” he said in his Twitter account. 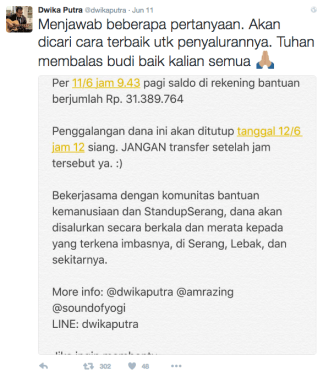 This just reminds us of a recent crackdown that has been launched in Kelantan during the Muslim holy month of Ramadan, where 31 woman were arrested for wearing tight clothing or not wearing a headscarf as reported by Sin Chew Daily.

Many wondered if Malaysia will soon take insanely drastic measures like Indonesia.

If so, at what cost? 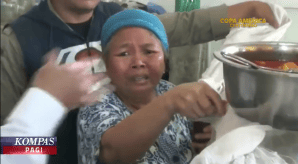