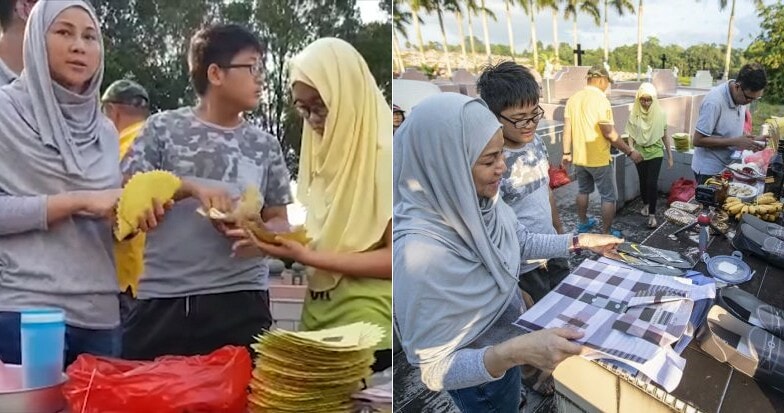 Traditions are very important to a community because it represents one’s culture. Plus, traditions are one of the ways you can learn more about your own racial background and society.

Hence, this is why this Chinese Muslim believes that is important for her to carry on her family traditions even though she had converted to a different religion.

The Star wrote that Norlina Abdullah (Chinese name: Song Ai Ling) believes that Chinese customs are still part of her life even though she had converted to Islam, particularly the Ching Ming (Qingming) Festival celebration. 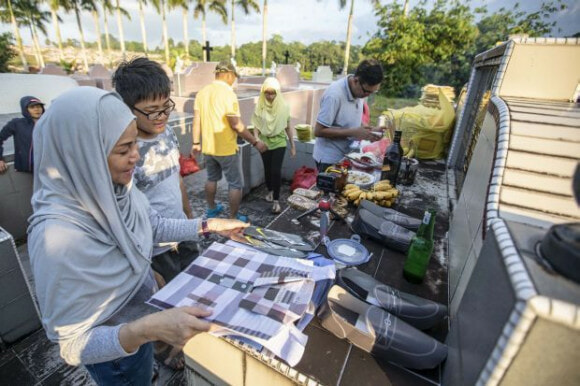 If you didn’t know, the Ching Ming festival or sometimes called the “Tomb Sweeping Day” is an annual celebration whereby the Chinese would honour their ancestors. This tradition dates back to more than 2,500 years to 636 BC and it usually falls between 4th and 6th April every year.

This year (2019), Norlina and her children celebrated the festival a little early, specifically on 17 March 2019 (Sunday). FYI, the actual festival falls on 5 April this year.

They visited Norlina’s father’s (Song Toh Chu) grave, who died in the year 2000. She and her sons cleaned the grave, neatly organised it and paid their respects to their dead relative. 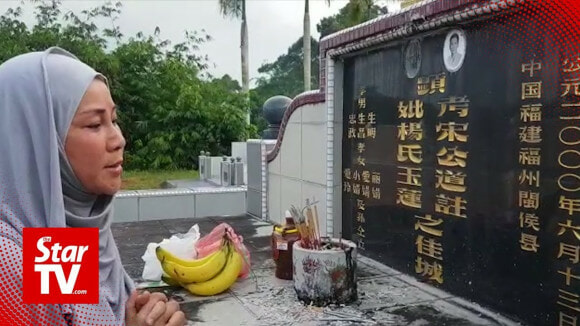 Norlina was quoted as saying,

“Every year, I will bring my children to visit my father’s grave in keeping with Chinese custom. Although I converted to Islam when I married, I’m still a Chinese and this is an important tradition so that we remember our origins.”

On top of that, Norlina reckoned that by keeping this tradition alive, it will help her family “remember their loved ones and strengthen family ties”. We can’t agree more!

Well, it’s great that Norlina still carries on with this tradition which will teach her kids about her culture and also bring her family closer together. What are some of the traditions that your family members still practise until today? Share them with us in the comments below!

Also read: Woman Shares Her Father’s Touching Words When She Decided To Convert To Islam 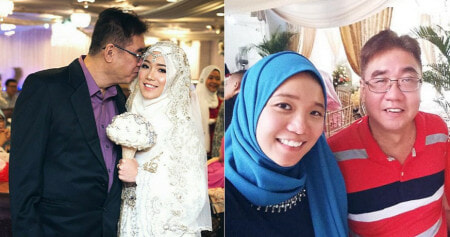