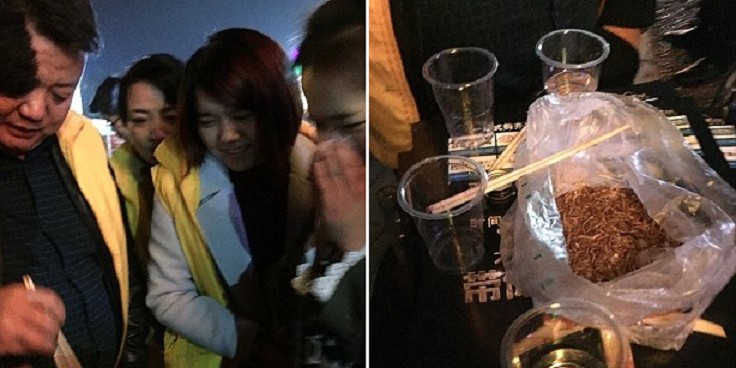 And you thought your boss was a pain.

A Chinese home furnishing store in Shaanxi, China recently came under heavy fire after reports circulated that they punished employees that do not hit the company targets by making them eat live yellow mealworms!

They also make them eat the worms in public! *gags* 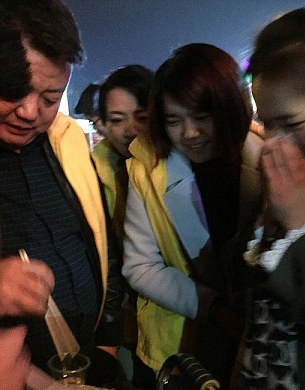 The Star recently reported that around 6:30PM on the 8th of November, 50 uniformed men gathered in a public square in downtown Hanzhong, Shaanxi province.

Later, a man arrived with two bags; one containing chopsticks, cups and two liquor bottles, and another with the live worms in question. 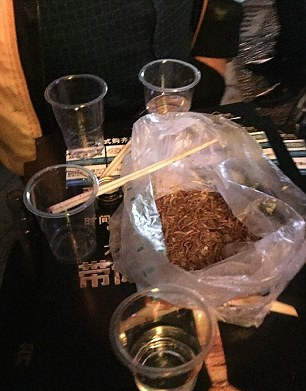 The man proceeds to read out the names of the underperforming employees and pours some of the liquor into the cups.

A live mealworm is then added into the cups and the underperformers are asked to drink up. And they actually did it!

One of the employees stated that workers are to report their targets to their supervisor, those that fail to meet their targets are inevitably punished.

“Today’s punishment is eating worms they bought from a pet market. Four worms for losing one customer” 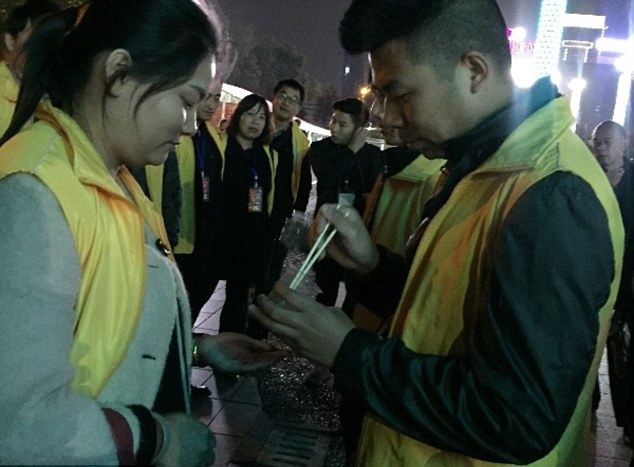 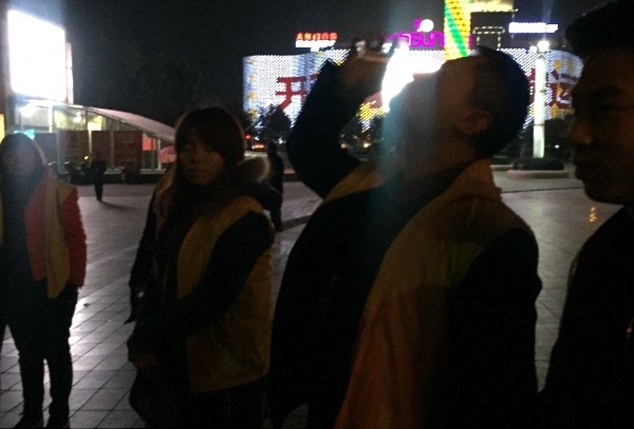 A pregnant employee refused to drink the alcohol and worm concoction. She said, “I can’t eat worms now, I can’t drink either, unless I don’t want my baby.”

One male employee courageously took it on her behalf.

Apparently this wasn’t the first time the company inflicted such drastic punishments. One employee revealed, “Other than worms, we have also eaten live squid and ants before.”

The Chinese media have approached a man-in-charge at that company to question the reasoning behind such a system. He wishes to only be known as Cao.

“We set sales targets for the next day and everyone signs a guarantee. If anyone fails to achieve the target, he or she will accept the punishment voluntarily”

“The targets are set by employees, with the purpose of self-motivation.”

Naturally many disagreed with that sentiment, even Mr Zhao Xiaodong, who is a lawyer, found it appalling. He pointed out that pointed out that forcing employees to eat live worms infringes upon the employees’ rights and gives them just cause to report the violation to labour inspection departments.