Not everything in this world is free. A lot of things come with a price these days. Though most Asians just LOVE free things, we really shouldn’t demand too much like this particular Singaporean girl.

Daisy Wong shared onto her Facebook page about how a girl had approached her for make up services. Daisy ventured into the make up world and so beautifying people has become her bread and butter. 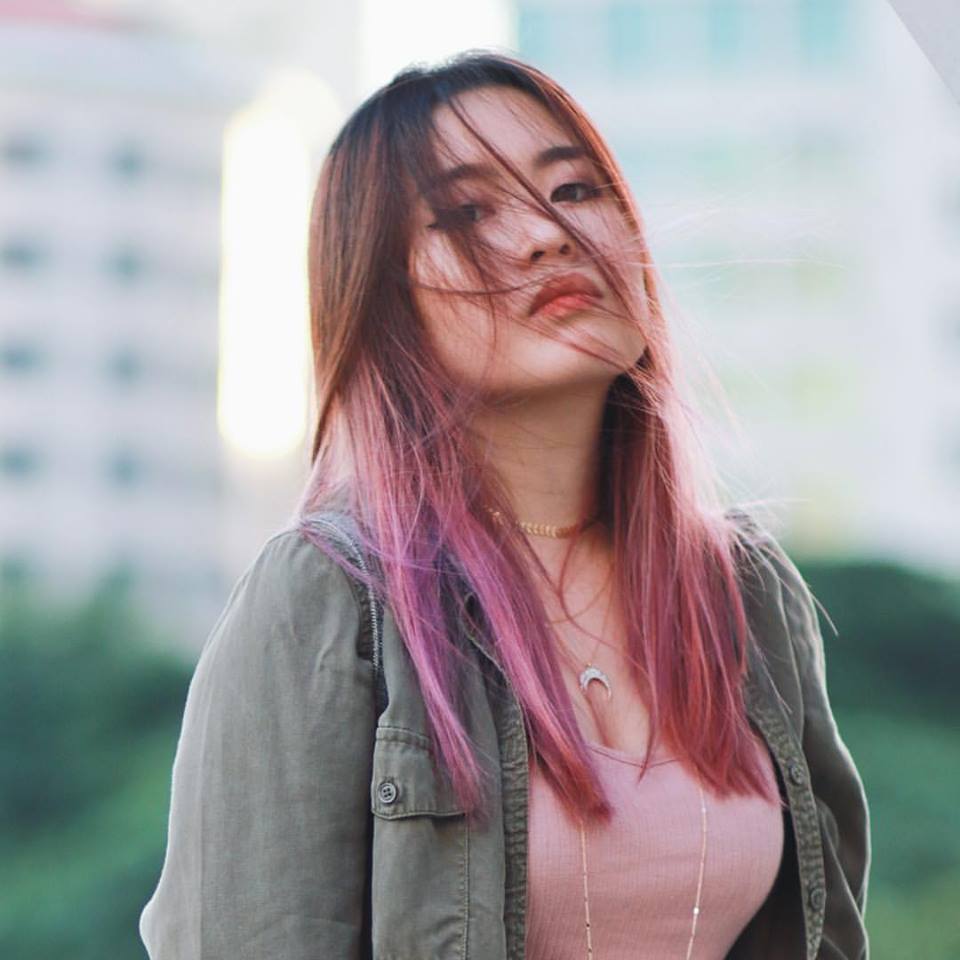 Just like photographers, make up artists also get asked for free services all the time, and it annoys the heck out of them (especially when it’s a super bad deal). This particular girl approached Daisy on Carousell and asked for a supposed “collaboration”. 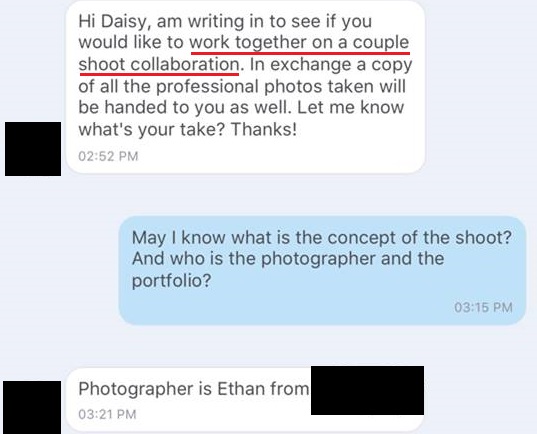 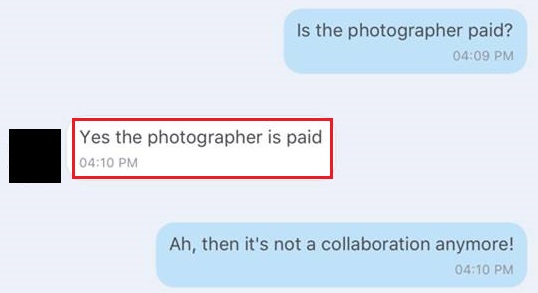 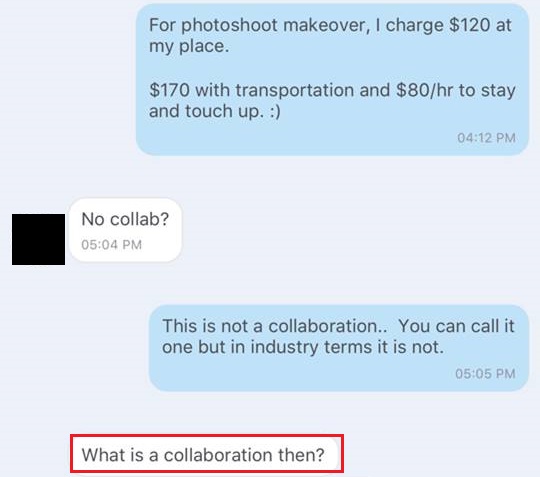 Obviously, if a person is paid then it is no longer a collaboration. A collaboration would be mutually beneficial for ALL parties involved in this.

When Daisy politely rejected her offer, she called the make up artist rude! Erm, excuse me, but I think you’re the one who is rude here? 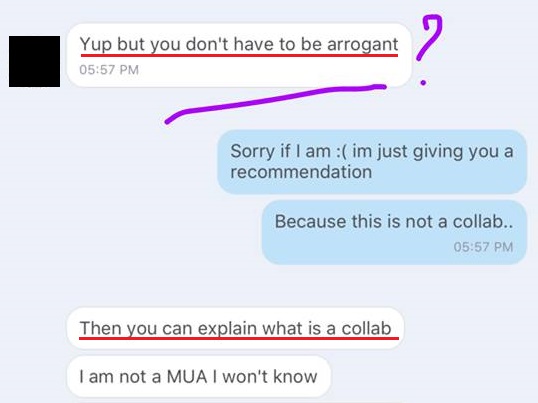 After being asked a couple of times on what a collaboration was, Daisy thoroughly explained to her what it was but the rude requester told her off for ‘writing an essay’.

She said she would not bother with Daisy’s explanation because she just ‘wouldn’t spend too much time to read this’. Then why bother asking in the first place?

The woman even had the cheek to tell Daisy to learn some customer service skills and asked a pretty xenophobic question! 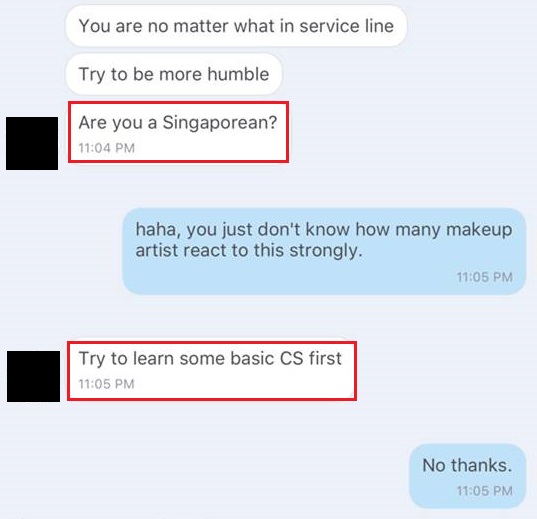 Daisy was curious as to why she wasn’t being paid when the photographer was. Surprisingly, the woman gave a different reply this time.

After this drama became viral, it turns out, the woman is actually a winner for LovebyJuly’s competition. The brand is a couple of photographers who specialise in wedding photography.

The couple was entitled to a free one-hour photography session worth SGD250 (RM784) and helium balloons worth SGD150 (RM470).

In short, after the couple won their prize, they wanted to use it to exploit for free make up service! This is cheapskate on a whole different level man! 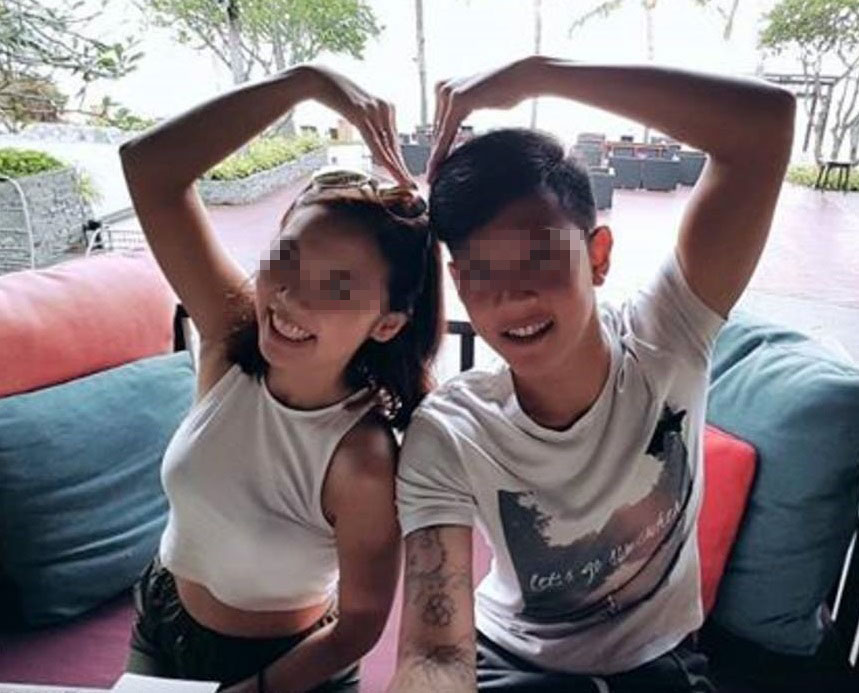 Luckily, karma was quick to strike back. After catching wind of the couple abusing their privilege, LovebyJuly revoked their prize! 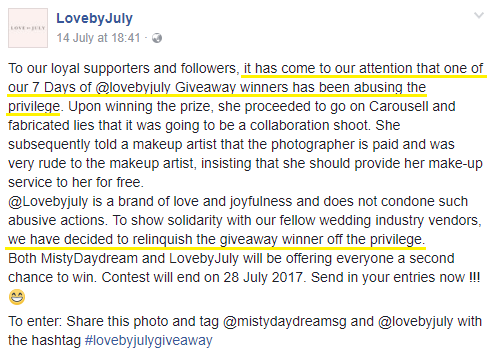 Well, this is why some people just don’t deserve good things. Though it is great for make up artists and photographers to have their names put out there, that does not mean they don’t deserve to be paid.

It is their career after all and telling them that exposure is their payment is just downright wrong on so many levels. Please respect them as they are working hard to earn a living too.