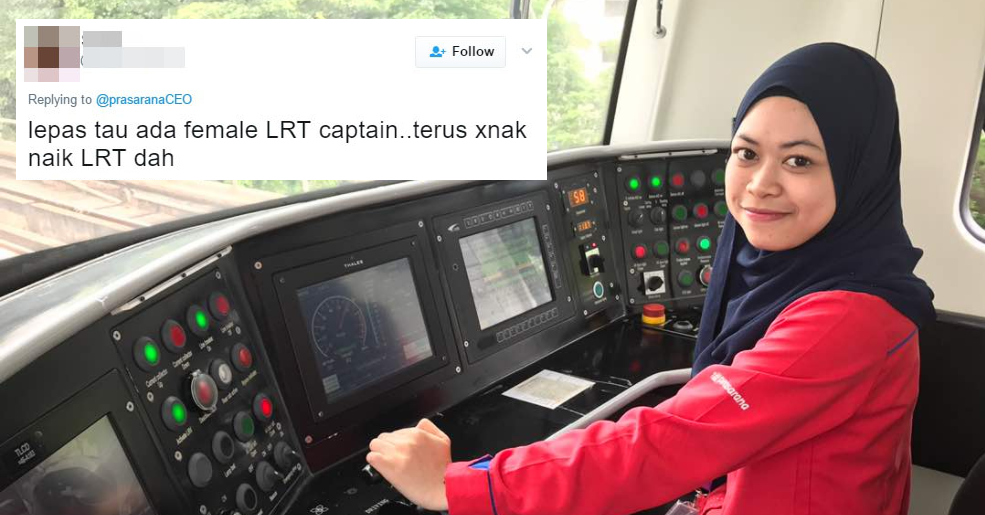 Earlier this week, presidents and group CEO of Prasarana, Dato’ Sri Azmi Abdul Aziz, took to Twitter to share an inspiring story about the youngest LRT captain, who is only 21 years old. 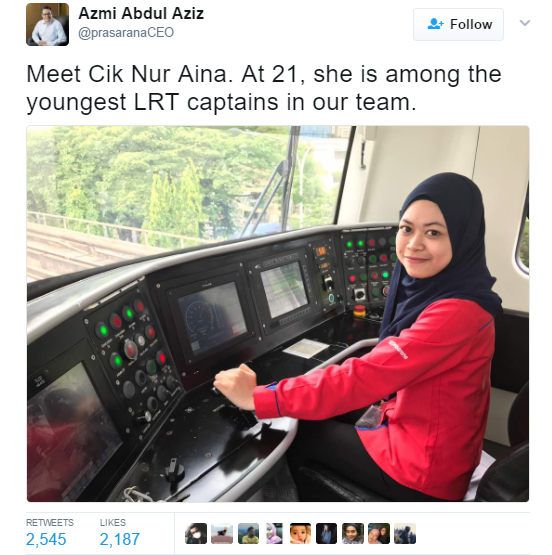 In the Twitter thread, Dato’ Sri Azmi said that the young lady named Aina used to take the LRT from Sekinchan to Ampang on a daily basis to work at a fast food restaurant. This was where her interest in trains began.

From then on, she worked her way up and became an LRT captain, an impressive achievement at such a young age for sure! 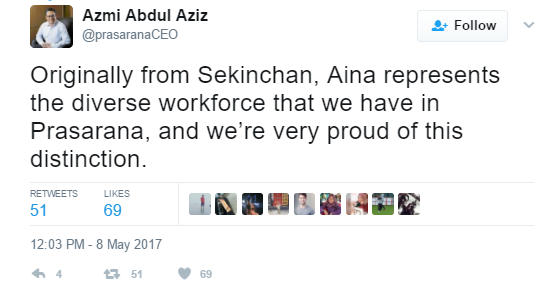 The Prasarana CEO’s tweets received a lot of attention online, with over 2,500 retweets and 2,100 likes.

However, what’s meant to be an inspiring post turned out to be ‘bad’ instead as many Malaysian netizens reacted negatively by posting sexist, mean remarks!

Many of them made snide remarks about the trains being delayed, implying that she probably drives slowly under the assumption that all women supposedly take long amounts of time putting on makeup and getting ready.

What’s wrong with these people, lah?!

Many of them also doubted that a young lady could work her way up the ranks so quickly, but others were quick to put them in their place, pointing out that Aina worked hard to get where she is today. 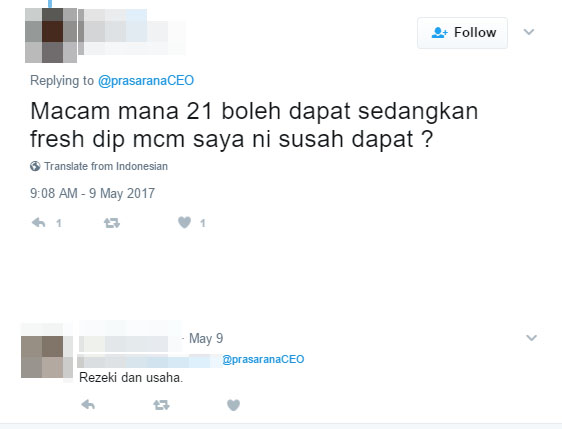 Yes! Just because she’s is a young woman, it doesn’t automatically make her less skilled than her male LRT captain counterparts. She’s worked just as hard as them and deserves respect where it’s due!

It’s absolutely disgusting how some people can react so negatively toward other people’s great achievement. These people should really check a mirror.

We give mad props to Aina for getting thousands of people to their respective destinations every day. Keep up the good work!