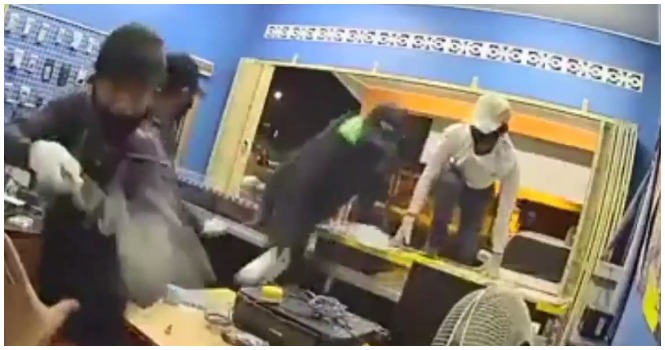 There are many unscrupulous people out there who won’t hesitate to turn to crime in order to make a quick buck. This shop owner was shocked when their mobile phone store got robbed by five people who boldly entered the shop even though there was a CCTV installed.

The incident happened at a mobile phone store at Kampung Peringat Kota Bharu, Kelantan. According to a tweet posted by 999 Malaysia, the shop was robbed on 15 July (Monday) at 8.55pm.

The suspects are five males and believed to be local, based on the way they spoke in the footage. 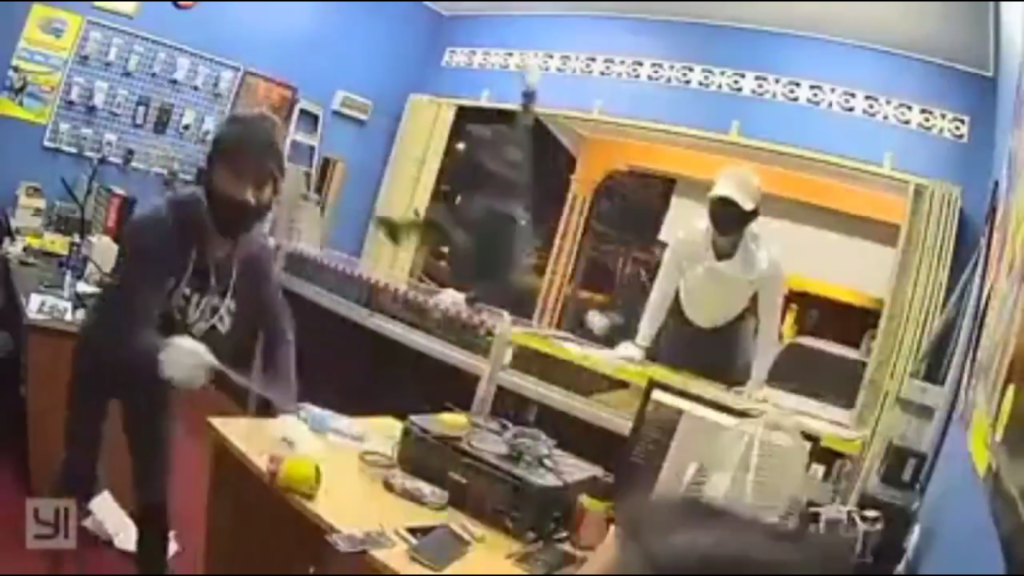 They arrived at the shop in a black Myvi and the whole incident was captured on CCTV.

In the video, one man dressed in black clothing entered the shop first and without hesitating, he jumped over the counter to where the victim was sitting and working. After that, three more men showed up and jumped over the counter as well. They were all wearing black face masks, caps over their heads and their hands were covered with gloves.

The man dressed in black immediately pointed a sharp object at the victim. The other three culprits can be seen taking things out of the display counter. 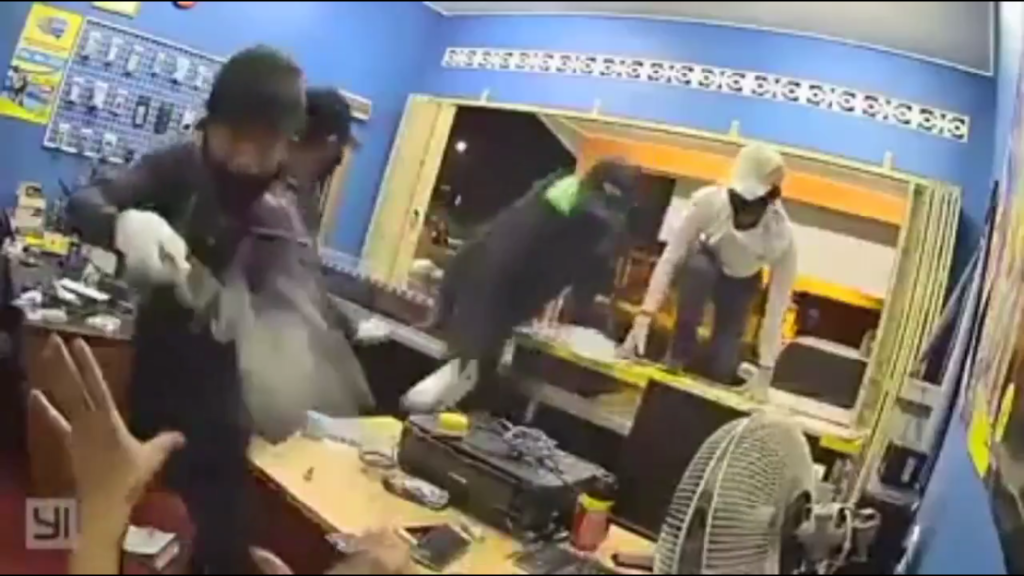 The victim was held down by the man in the black clothing while his accomplices continued stealing any valuables they could see from the display case. 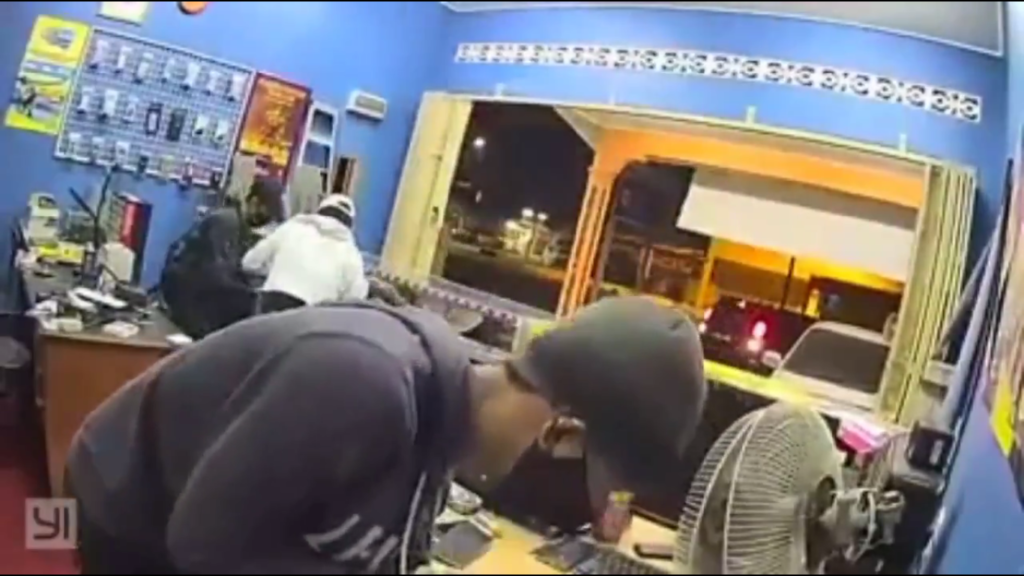 A black Myvi is seen reversing towards the entrance of the shop and after robbing the shop, the suspects leaped over the counter and ran to the car.

The victim (dressed in a red shirt) ran after them and took photos of the getaway car, but the suspects escaped. Unfortunately, the victim was unable to take note of the car plate number. 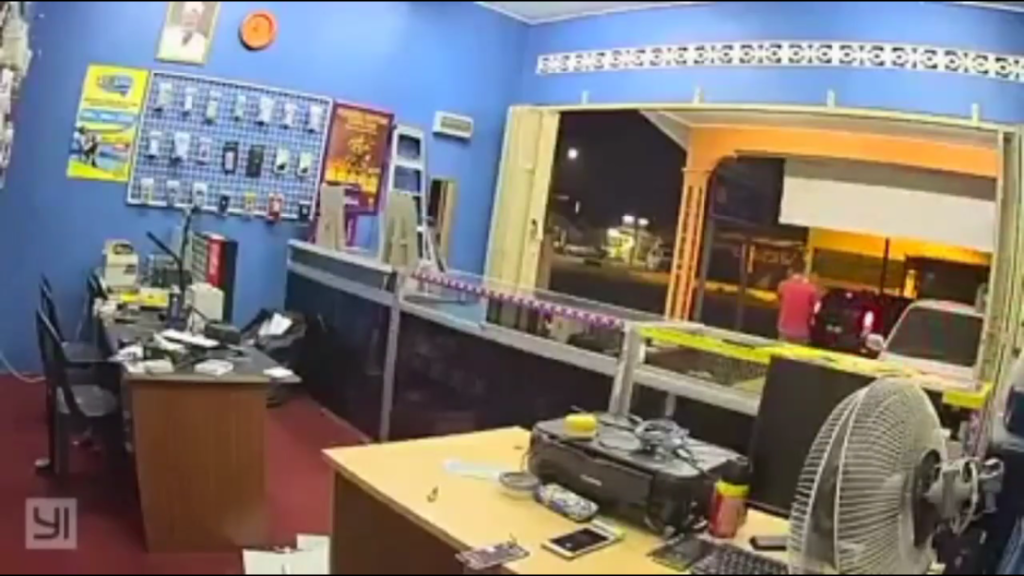 The victim proceeds to contact the authorities and looks really frustrated, based on the footage. The whole incident happened in less than two minutes. It was reported that the suspects had been seen wandering around the shop area before they made their move.

Luckily, the victim does not seem to be injured. We hope that the suspects would be brought to justice and the victim recovers from this ordeal! 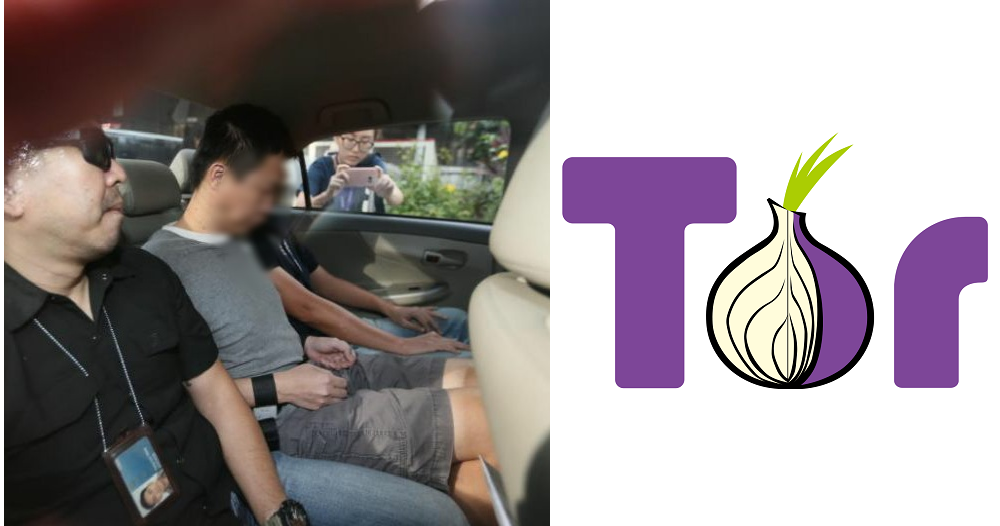