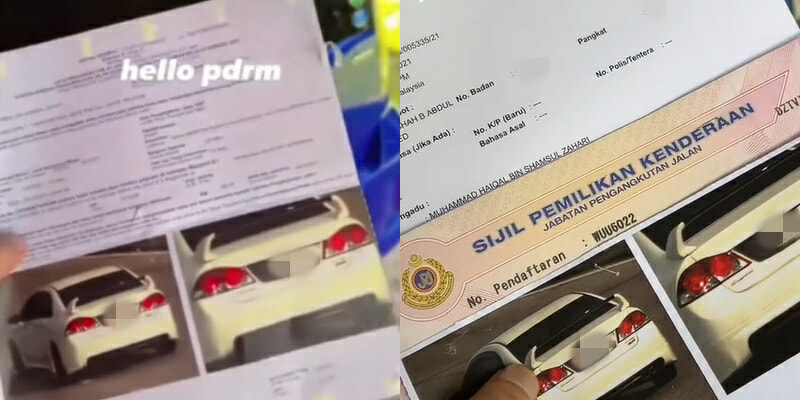 Car cloning or vehicle identity theft happens when a car is given a new number plate to replicate another vehicle of the same make, model and colour. Sometimes, car cloning simply involves a person using fake plates in order to avoid parking tickets or maybe commit a crime.

Though vehicle cloning may not be something you hear often, one Myvi owner became a victim of car cloning when a summon to a Honda Civic FD bearing his plates came to his home.

Having made a police report on the incident, the 13-second video clearly showed a picture of the vehicle bearing his plate number, despite the car being of a different make, colour and vehicle type. The only similarity it shared is the vehicle number plate.

In a second video, the netizen shared how he handled the summon by reporting it to the police. He said that all you had to do was to bring along the summon, the ‘victim’s’ car and proof of ownership.

“The police then processed the report and took all the documents including a police report to the nearest JPJ office for processing.”

His summon has since been cleared in the follow up.

The video which has garnered more than 700k views, saw netizens commenting on the video expressing their concerns that their cars could also be a victim of car cloning.

Let’s hope that more cases like this does not happen in the future. Even if it does, at least we know what to do to ensure that the criminal is made to pay for his/her mistakes.

Also read: Tinted Windows On Cars Is One Of The Most “Popular” Traffic Offences Says Terengganu PDRM 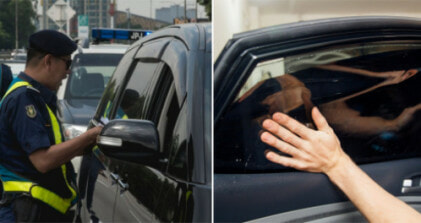