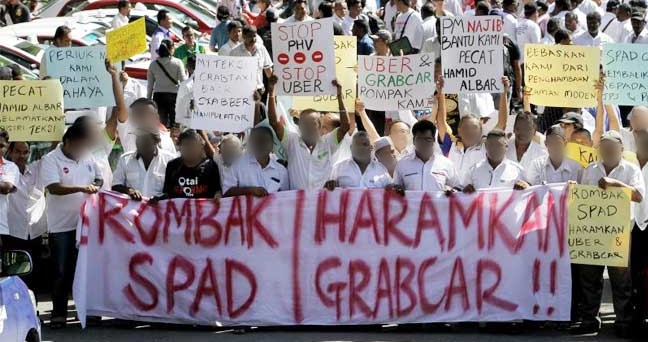 Cabbies and demos can never be separated in today’s world, as e-hailing services continue to become the preferred choice of consumers.

As reported in The Star, cabbies at the Kota Kinabalu International Airport (KKIA) staged a peaceful demonstration demanding exclusive rights to transport passengers from the airport. 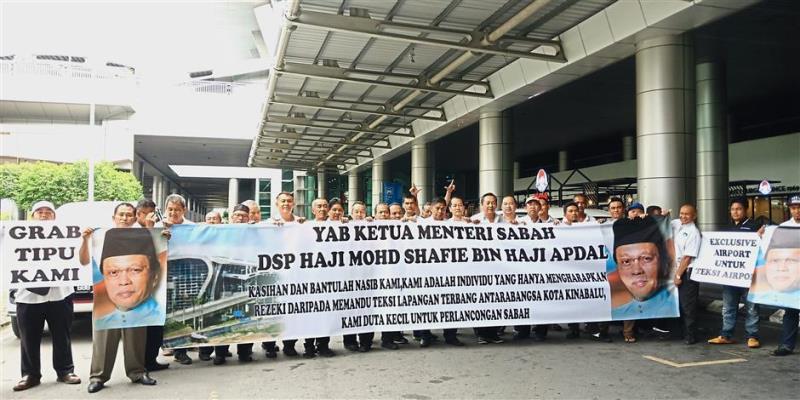 Citing difficulty to earn a living due to competition from e-hailing operators, the KKIA Limousine and Taxi Association President Shamsuddin Md Shah said that Taxi drivers are suffering.

“Previously, taxi drivers were able to make six trips daily. Now, we only make one trip per day. How can we survive like this?”

“We have been suffering for the past two years. We even had to close down our taxi booth and let go of six of the 12 employees because we could no longer afford their salaries.”

“We ask that the state government and the Chief Minister help us. We are the rakyat, too.” 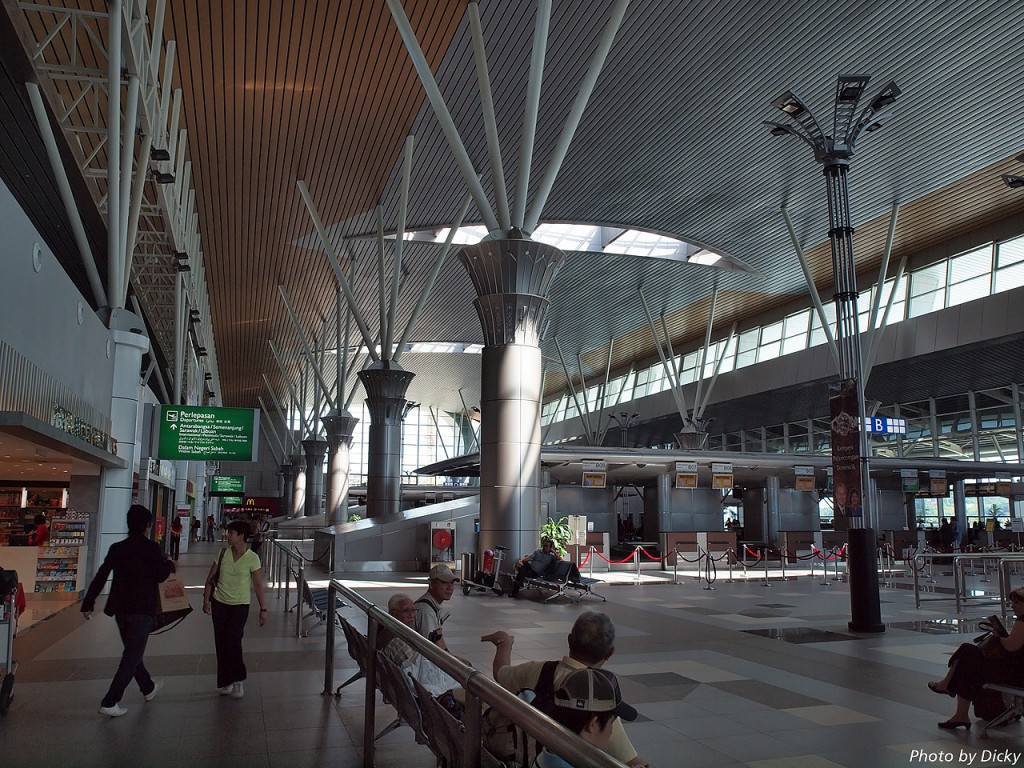 According to Shamsuddin, the organization has discussed with Grab and the Sabah Commercial Vehicle Licensing Board (LPKP) to make cabbies the airport’s primary transport provider.

“We even met with SPAD.”

“They told us that Grab drivers would not be allowed to pick up passengers from the airport, and we even agreed on the rates (for taxi drivers).”

“But until today, these have not been enforced.” 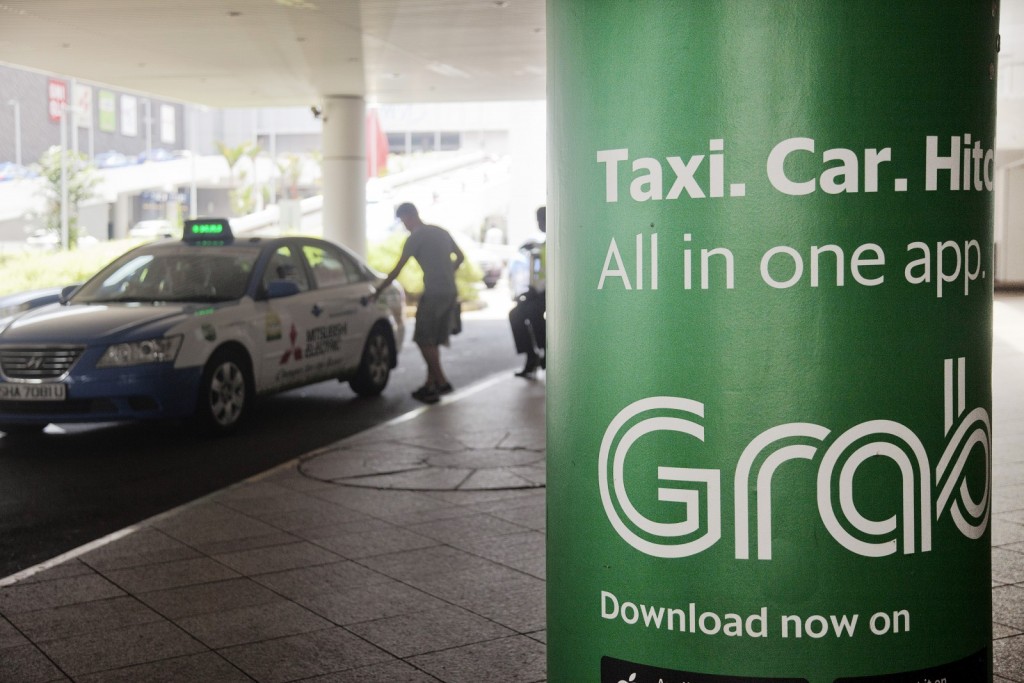 Placing the blame on Grab drivers, Shamsuddin said that these drivers don’t follow instructions while waiting for bookings.

“They can leave anytime they get booked while taxis can only leave one at a time (in the order of the bookings made).”

He added that taxi drivers are ready to join e-hailing services, provided their requests are fulfilled.

“We are prepared to join any e-hailing app. If they want a cheap fare, we hope that e-hailing operators will also give exclusive rights to us and not private vehicle driver to transport them.” 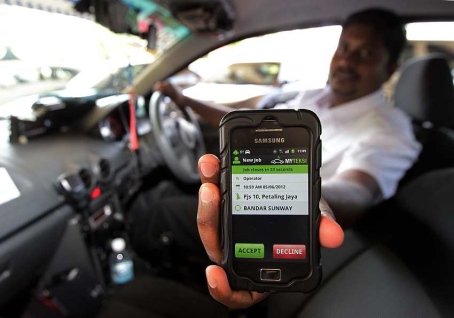 The death of traditional taxi it seems is dependent on what the consumer chooses to use.

If taxis are unable to respond to the challenge of e-hailing services, the end may be near for them. 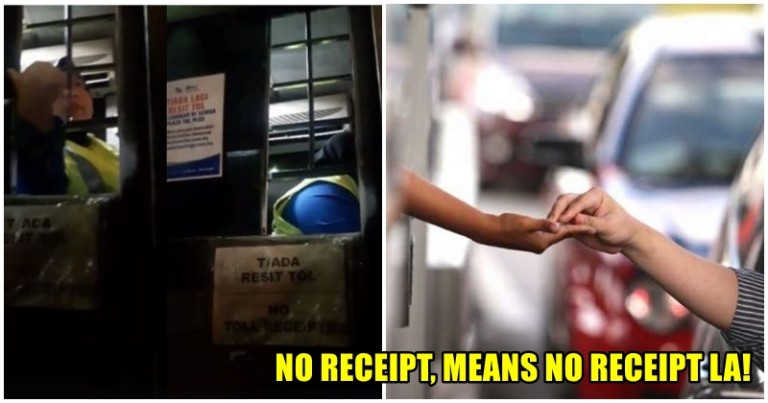