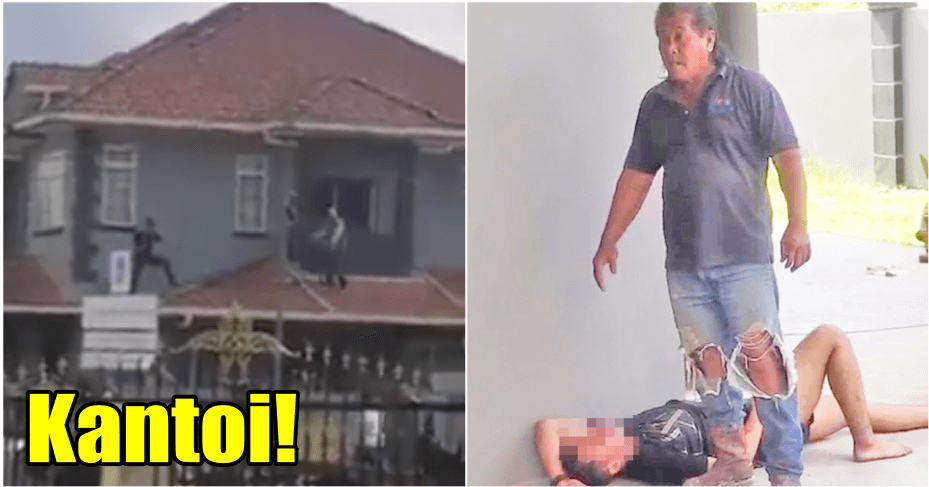 No matter how desperate you are, crimes are not the way to go. You might get away for the first few times, but you will get caught soon enough! So jangan start ok?

A burglar in Kuching learned his lesson the hard way after his attempt to break into a house failed and was later beaten up by an angry mob.

In a few videos of the incident that have gone viral, the burglar and his accomplice were seen by residents trying to break into a house on Lorong Hup Kee at around 10 am yesterday (23 Feb). Rompak siang-siang, very smartlah you!

After seeing the two burglars, the whole neighbourhood came and surrounded the home, with one of the suspects standing on the roof.

One of the residents went up to apprehend him, but the suspect reacted aggressively towards him. The suspect was also holding what appeared to be a parang or a tool that he was using to break into the house.

Fortunately for everyone, except the thief, he slipped and fell to the ground. Immediately, some of the residents started to hit him.

As reported by the New Sarawak Tribune, the police arrived soon after and brought the suspect to the hospital because he was severely bruised. His accomplice, however, managed to escape. 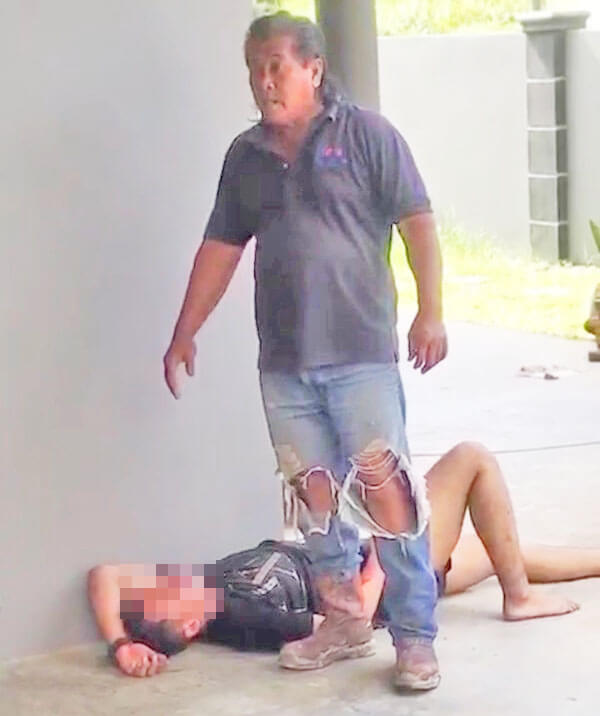 The owner of the house told the media that he was alerted by the security system that he installed in his home through his mobile phone. He immediately contacted his neighbours for assistance.

Do you think this kind of citizen vigilantism was right in this case? 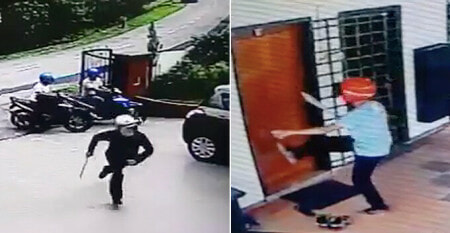