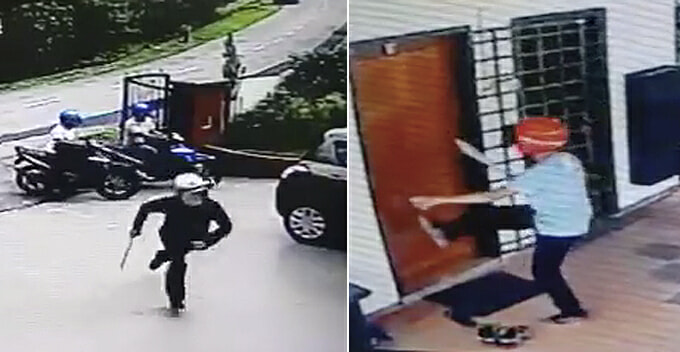 Just yesterday (21 February), a house in Puchong was shockingly targetted by seven parang-wielding robbers while the owner was parking his car. This daring daylight robbery attempt happened in Bandar Kinrara, Bukit Kuchai at 4.28pm.

According to Oriental Daily, several CCTV footage that were shared on Facebook shows the house owner opening the front gate to relocate his car to another spot in the porch. Coincidentally, several motorcycles passed by and saw this as the perfect opportunity to strike.

In just a few seconds, the robbers turned back and stormed into the house compound where the pillion riders hopped off with their parang and charged towards the house owner. Luckily, the man was vigilant enough to see them coming and quickly dashed towards the door.

He made it inside just seconds before the culprits could reach the metal grill door. The robbers kicked the wooden door but to no avail. One of the robbers even stabbed the owner’s car tyre before leaving to vent his frustration as they failed to steal anything. Here’s the videos from the CCTV:

Based on the feedback in the comment section, it was understood that a police report has been made following the incident. So guys, stay vigilant and never leave your front gate open for too long. 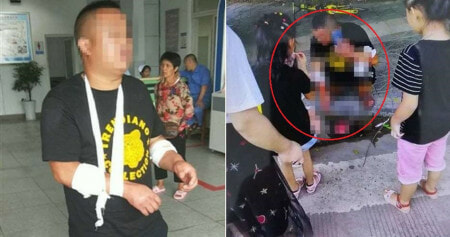