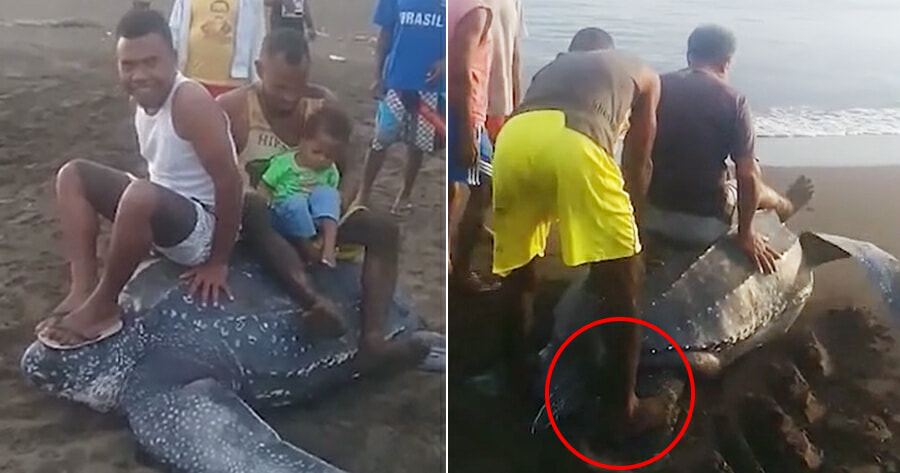 A video has just surfaced where locals at an Indonesian beach are seen riding on the back of an endangered giant sea turtle when it went to the beach to lay its eggs.

According to Daily Mail, it was on Friday (5th July) that a bunch of Indonesian men captured the turtle and filmed themselves taking turns to sit on the turtle as it tried to make its way back into the sea.

The video shows an elderly man sitting on the back of the leatherback sea turtle while another crouches behind him and encourages the action. Another man stands behind the turtle carrying a heavy tree branch. 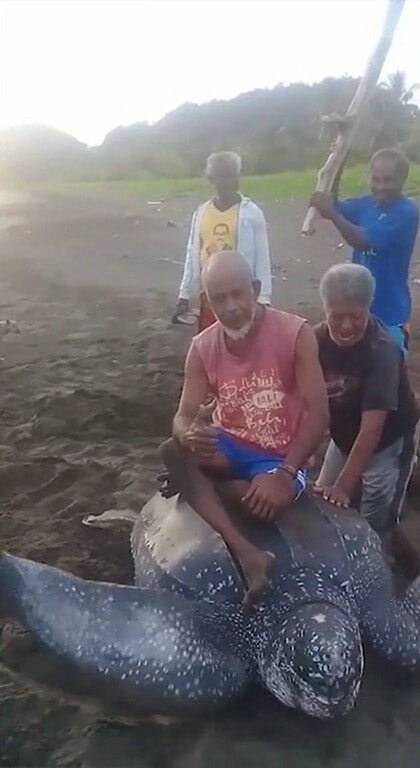 The first man then gets up and the turtle immediately tries to move faster, but is soon weighed down by a younger man who sits on it while eating a snack. Another man carrying a toddler joins him on the turtle’s back as it struggles.

Yet another man replaces the guy with the snack and perches himself on the turtle’s back with his feet placed on the animal’s head. 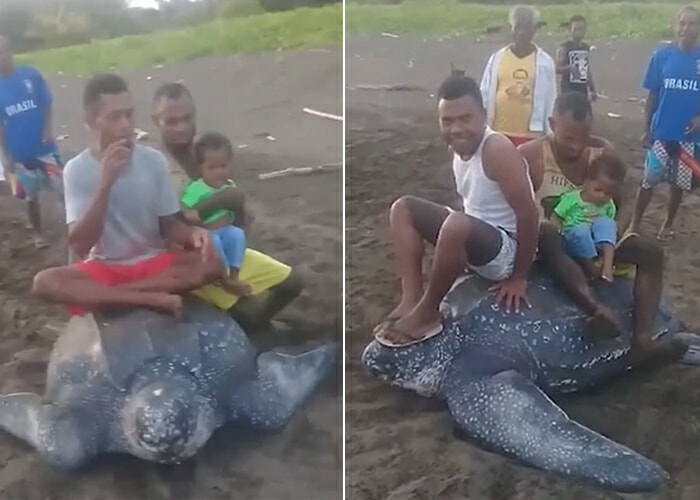 The video then cuts to another elderly man riding the turtle as a younger man in yellow shorts gives the turtle a shove before holding on to its hind flippers to be pulled along. Laughter can be heard coming from the others surrounding the men’s gruesome actions. 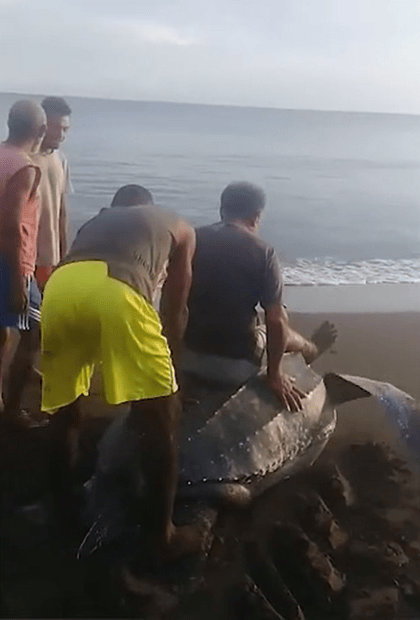 As the turtle draws closer to the water’s edge, the man in yellow shorts stands on both the turtle’s hind flippers as it struggles to get into the sea with great effort. But even as the turtle got into the water, the men still refused to get up and continued riding the poor animal as the others cheered them on.

What is wrong with these people? Hopefully no injury was caused to the endangered turtle and these men will be punished for their actions. 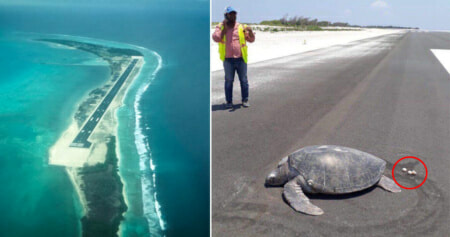