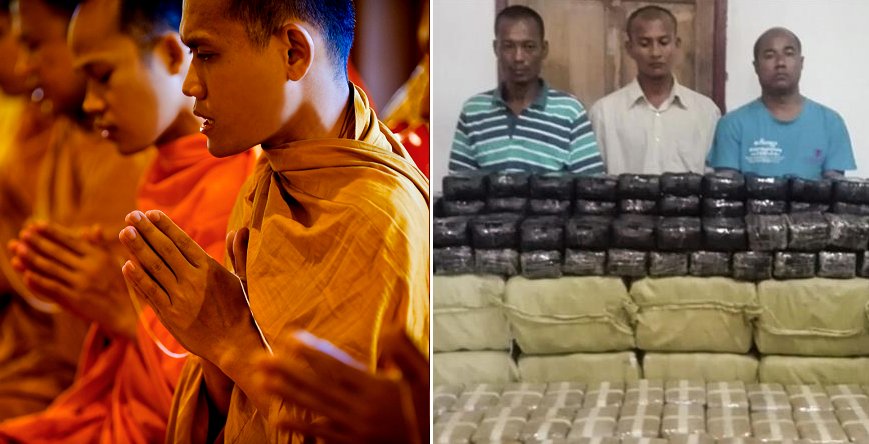 Myanmar is an extremely religious country, with as much as 89% of it’s population practicing Buddhism. However, it is also one of the largest narcotics producer in South East Asia.

Myanmar has been known to channel a large amount of narcotics such as opium, cannabis, and methamphetamine to neighboring countries. However, it came as a surprise to many when a religious practitioner was caught with a shocking amount of narcotics in his possession.

Arsara, the Buddhist monk, is a well respected figure at the monastery in the town of Maungdaw. However, unknown to others, he was also a drug dealer.

He was busted by Myanmar’s Anti-Drug Task Force who received an anonymous tip while driving towards the Bangladesh boarder. Arsara was busted while transporting 400,000 methamphetamine tablets as well as some local currency.

The police subsequently busted Arsara’s monastery and discovered another 4.2 million meth pills, along with a grenade and ammunition.

The pills would be worth more than RM17 million on the street. Two other monks were also arrested over the alleged ties to the seized narcotics. 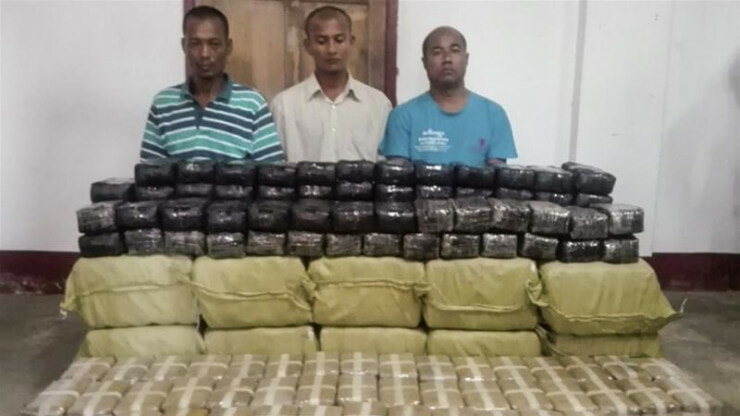 Local authority expressed that they were surprised at the arrest of the reputed monk as it isn’t a normal case. The methamphetamine seizure is the first time ever in Maungdaw police records that a monk has been apprehended for drug dealing. In recent years the Myanmar authority has been cracking down the rapidly increasing drug trade in the country and as much as 98 million meth pills were seized last year across Asia.

The disgraced monk’s religious career is very likely to be over. To think the monk abused his power and supposed respect is just shocking.

When asked, Myanmar’s Religious Affairs Minister Soe Min Tun indicate that the monks would have to give up their monk-hood and put to trial as an ordinary person.