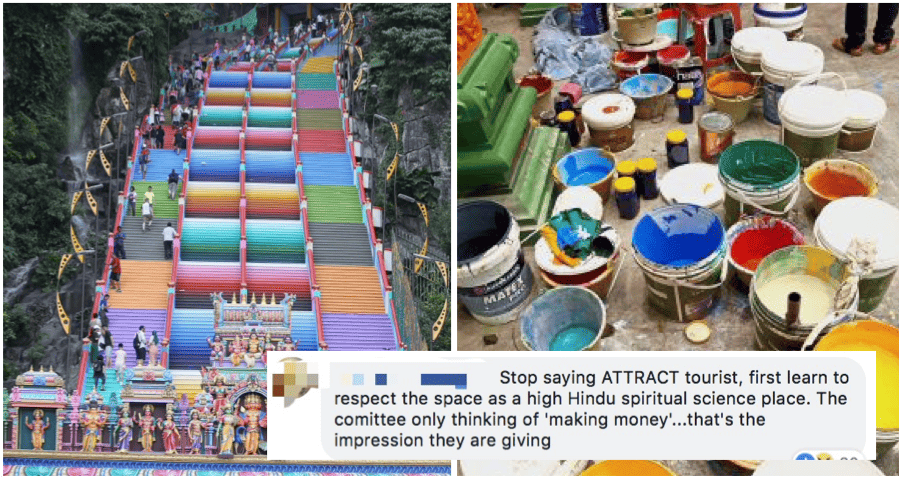 Recently, the internet has been flooded by the newly painted, beautiful and vibrant pictures of the ever so popular 272-steps of Batu Caves.

However it has come to everyone’s knowledge that the sacred venue might lose its national heritage status as Unesco has deemed Batu Caves is unfit for their list. Especially since they were not given permission to paint Batu Caves.

Batu Caves Sri Mahamariamman Temple Devasthanam committee chairman Tan Sri R. Nadarajah stated that they do not need the status as they did not receive any grant to maintain the site from National Heritage Department anyway!

He told The Star,

All in all, he mentioned that the efforts have received positive feedback from everyone. But as mentioned earlier, the temple is at risk of being removed from as a national heritage site due to all the renovation works were done without the approval from the department and also the Selayang Municipal Council.

Tan Sri R. Nadarajah further elaborated saying that it was their intention to go ahead with the project as the temple was in desperate need of maintenance.

Netizens’ reactions towards his statement, however, showed that he should have considered other options before going through with the renovation. Some even calling him arrogant and suggested his committee to think of the temple as a holy site first, not a tourist spot.

What do you think of this predicament regarding the beautification of Batu Caves? Should the committee wait for the approval from the heritage department or is the heritage status really not important at all? 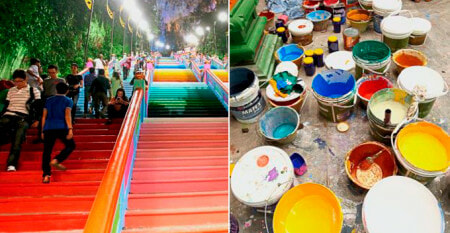