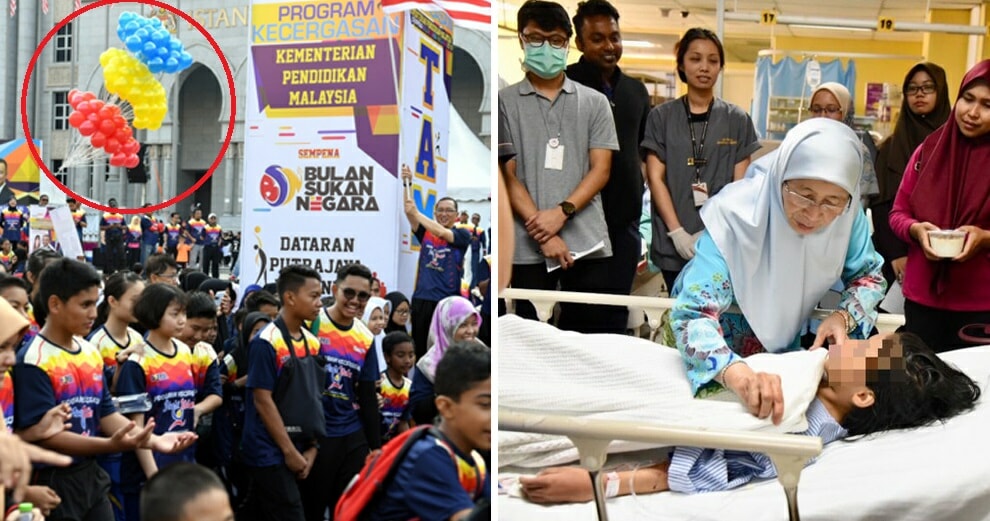 A fun and educational fitness event by the Ministry of Education in Putrajaya turned into tragedy when helium-filled inflated balloons exploded due to the reckless action by a single parent!

As reported by Bernama, 16 people suffered from first to second-degree burns when multiple helium gas balloons that were used as props at a fitness event exploded. The injured include 9 adults and 7 children who were participants and visitors of the event held by the Ministry of Education in conjunction with National Sports Month. 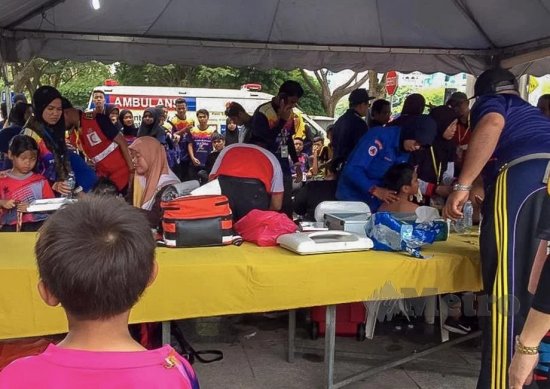 According to The Star, the incident, which happened at the very end of the event occurred when a parent tried to cut a string tied to a bunch of balloons using a lighter. The flames accidentally struck one of the balloons which instantly pops along with the rest of them resulting in an explosion. Oh no, what a reckless thing to do! 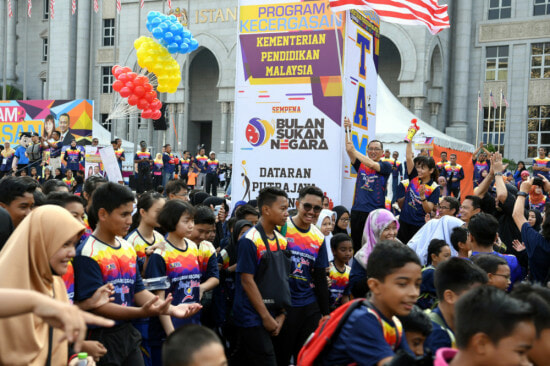 The balloons before the explosion | Source: Bernama

Putrajaya district police chief ACP Rosly Hasan confirmed the matter, saying this to the press when interviewed at Putrajaya Hospital:

“Police found a cigarette lighter at the scene, believed to have been the same one that caused the incident.”

All of the victims are currently being treated in the nearby Putrajaya Hospital where some are still being cared for inside the Emergency and Trauma Department. The victims ranged from as young as four years old to their mid-30s ,and thankfully, none were reported to be in critical condition. 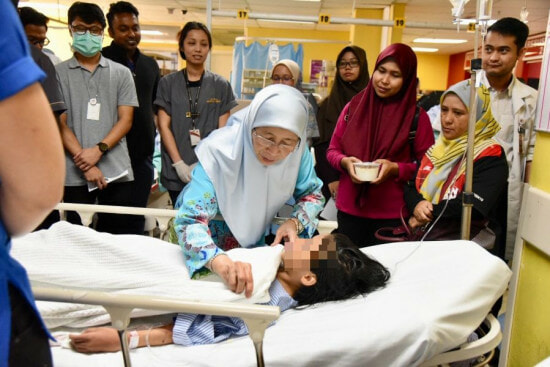 Deputy Prime Minister Datuk Seri Dr Wan Azizah Wan Ismail personally visited the victims at the hospital and said that the Welfare Department was more than ready to provide the necessary assistance including counselling to the victims if needed. She further commented,

“Such a tragic thing to happen at a fun-filled event. I am very saddened by this incident and pray that all of them make a fast recovery.” 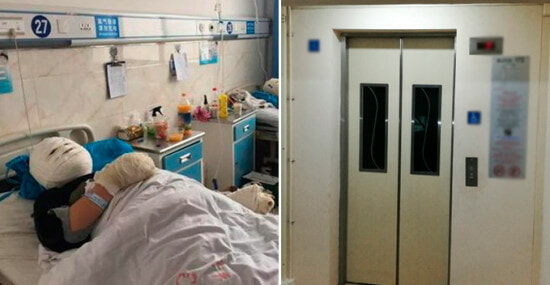