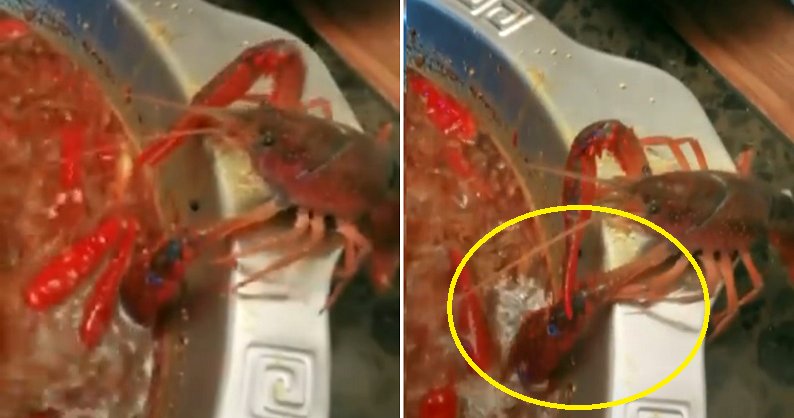 What’s does the song Eye Of The Tiger and a Crayfish have in common? It’s the will to survive! This daredevil crayfish wanted to live so badly that it amputated its own arm to escape a boiling hotpot in China.

And boy did it work in its favour because it attempted to escape right in front of its captors! This feat was so impressive that one of the diners ended up taking the crayfish home instead to keep as a pet! The whole thing was captured in an 11-second clip posted on Chinese social media platform Weibo on Monday (May 28).

The clip has since gone viral and received more than 835,000 views on Facebook. It shows the gutsy crustacean clambering out of the hotpot after snipping off one of its appendages, to escape.

The crayfish immediately used its right claw to detach the immobile claw, which then dropped into the soup. The creature turned away to make its escape, but was eventually “saved” by the diner who took the video.

The diner/new pet crayfish owner is also known on Weibo as Jiuke. He said he adopted the crayfish after the fascinating incident.

He has told concerned netizens, who appealed to him to not eat the crayfish, that he took the crayfish home and has placed the sea creature in an aquarium. It is unclear if he ate the claw, because that would be… Wrong on so many levels.

But don’t worry about this little guy folks, because crayfish can grow back their limbs and appendages! It’ll have all it’s pieces together again soon and living it up in its new aquarium! 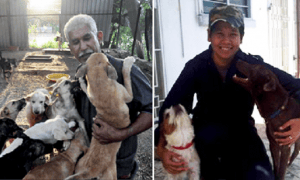