When you become a parent, it ultimately becomes the biggest responsibility you’ll have to undertake. After all, another person’s life is now completely in your hands. Unfortunately, it’s also human to make mistakes, and for this one mother, her mistake has proven to be irreversible.

While shopping in a mall in Dongguan, China this past Saturday (March 30), a mother was holding her 3-month-old infant son while coming down the escalator. All of a sudden, her baby slipped out of her grasp, and fell 3 floors down, resulting in his horrible death.

According to China Press, the woman was also accompanied by her elder son, who was standing to her right at the time of the incident. The baby was on the left side of the escalator, which also happened to be the side facing out to the mall (as opposed to the side facing the opposite escalator). 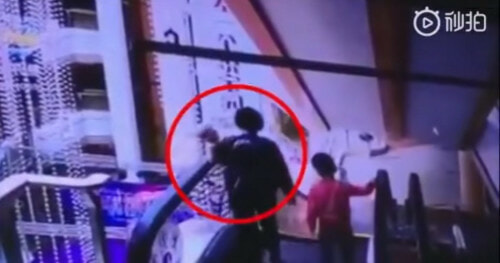 In video footage of the mishap, it appears that the mother had only been on the escalator for 3 seconds and was taking two steps forward, when she lost her balance and tilted to the left, causing her baby to fall to the side and down below.

Following that, both mother and son rushed to the ground floor, but by the time they arrived at the baby’s side, his breathing had already stopped and he was completely motionless. Distraught, the mother and son were seen bursting into tears at the scene. Emergency medical technicians (EMTs) were quickly dispatched to assist soon after, but they were unable to revive the infant as well. 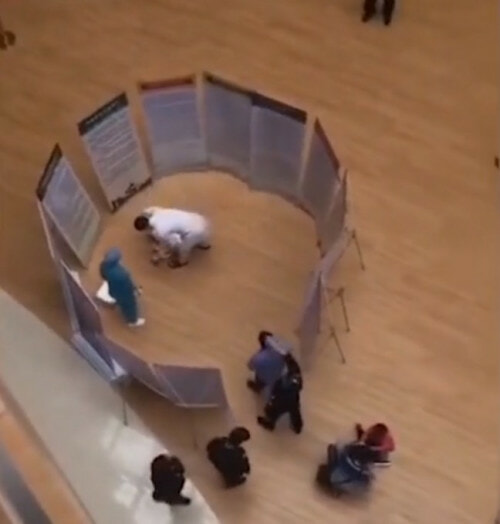 Local authorities are still in the process of carrying out investigations, but have said that the case merely seems to be a horrific accident, and was not done with any ill intent. However, netizens who have viewed the footage have expressed a whole other set of views, with some commenting things such as ‘she (the mother) doesn’t seem to be standing very stably’, ‘why does it look like it was intentional’, and ‘would anyone purposely carry their 3-month-old infant this way?’.

You can watch the footage here (warning: video contains content that may be disturbing to some, viewer discretion is advised).

No matter what truly transpired, it does not take away from the fact that an infant was robbed of his life too abruptly and horrifically. May this serve as a lesson to other parents out there to be more careful of their every move when it comes to bringing their young kids out in public. The responsibility is great, but it may never weigh as heavily as the guilt that comes if you let your children down.

Also read: 1yo Baby Dies After 3 Months of Abuse By Own Mother & 3 Men For Crying Too Much 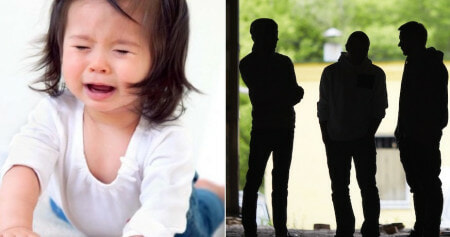