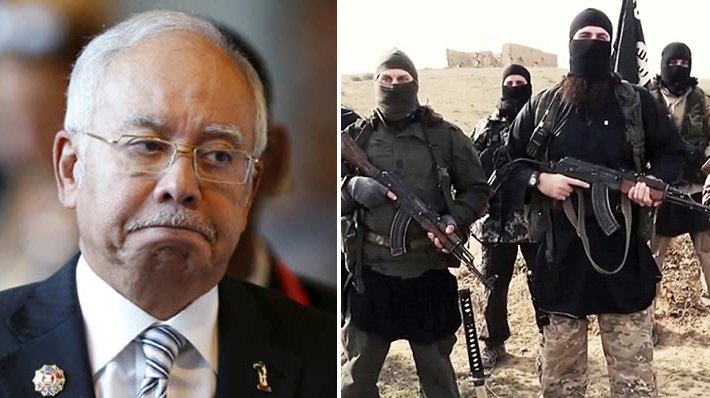 Deputy Prime Minister Datuk Seri Ahmad Zahid Hamidi was in Dewan Rakyat today and brought up information that was not heard by public ears before.

Apparently last year there were attempts to abduct our very own Prime Minister, Najib Razak by Daesh Militants, an Islamic State terrorist group. However, apparently PDRM managed to foil their plans!

Zahid revealed that the group has chosen a few top leaders of the country as their targets, which includes the Prime Minister, Minister of Home Affairs and the Defense Minister.

Zahid has brought the information up to answer a question posed by Datuk Abdul Manan Ismail (BN- Paya Besar) in regards to the achievement of Polis Diraja Malaysia (PDRM) against a terrorist plot targeted at Malaysia.

Zahid added that police had foiled four ISIS attack plans. One such incident was in September 2014, where the group planned to test improvised explosive devices in the northwest state of Kedah. “They also wanted to destroy the Free Mason Lodge in Bukit Jalil”.

He said, “Although there is no proper Daesh (ISIS) establishment in the country, those who were here were being influenced and have been receiving orders from the network in Syria.”

“We detected plans to attack several locations in Kedah, Kuala Lumpur and Putrajaya, attempt to rob of firearms from army camps, making of explosions, robbing cash-in-transit vans as well as plot to kidnap the country’s leaders for ransom.”