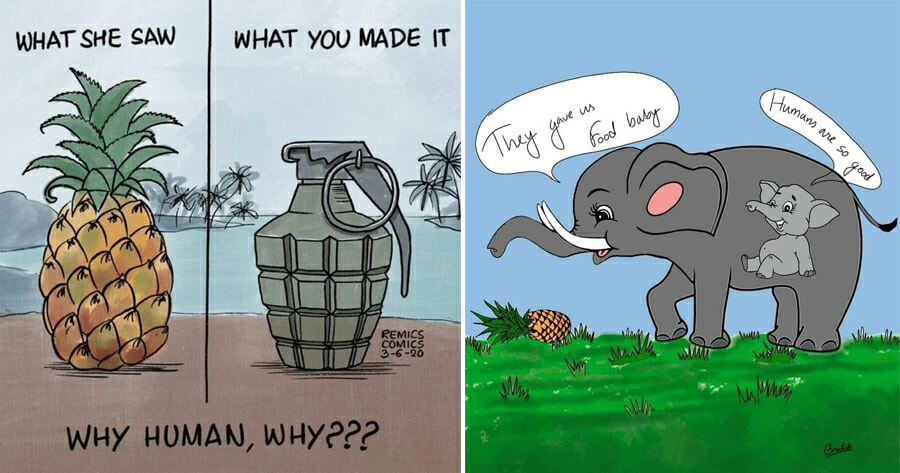 The heart-wrenching news about the pregnant elephant being fed a pineapple filled with firecrackers in Kerala, India has caused an uproar among netizens who were horrified after learning about the painful death of the innocent creature.

Calls for justice has been heard among animal activists and animal welfare organisations while the unknown suspects are still at large. 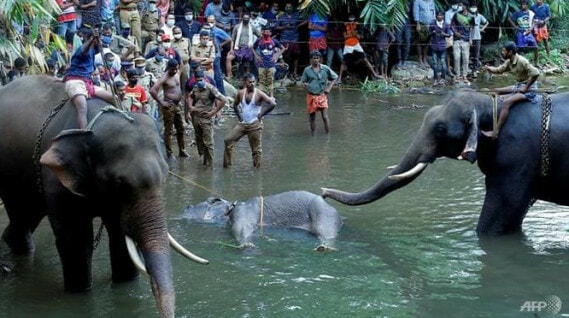 The World Animal Protection has written to Union Environment Minister Prakash Javadekar, the Kerala Chief Minister Pinaravi Vijayan and local authorities urging swift and strong action against the suspects, according to The News Minute.

“We strongly condemn this cruel act and strongly urge the authorities to apprehend the perpetrators and bring them to justice. We should be protecting and cherishing our wild animals, not inflicting torture on them like this.”

“Elephants are India’s heritage animals and they deserve to be treated with care and dignity. Such acts of violence and torture against these sentient creatures is another example that proves wild animals belong in the wild.” 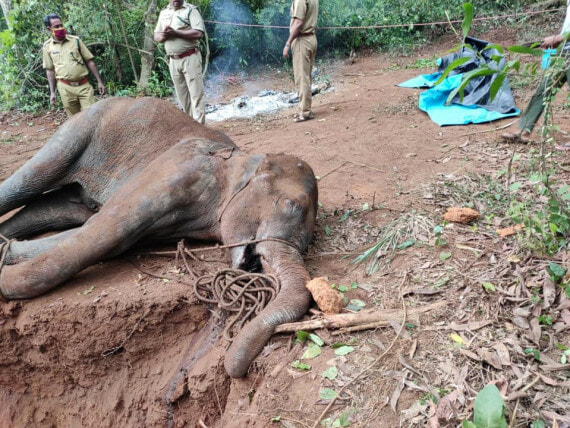 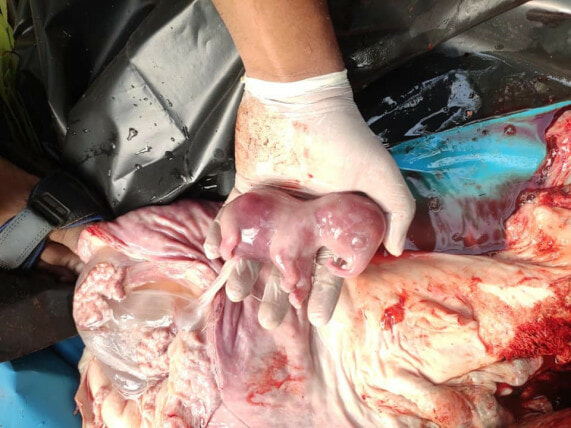 A reward of up to Rs 50,000 (RM2,828) has been offered by the Humane Society International, India to anyone with information about the accused while a petition on Change.org titled “Justice for our Voiceless Soul” has been created to bring justice to the inhumane treatment of wild animals.

Meanwhile, many artworks have since been created as a tribute to the elephant and her baby, with many portraying the reality of what was done to her. 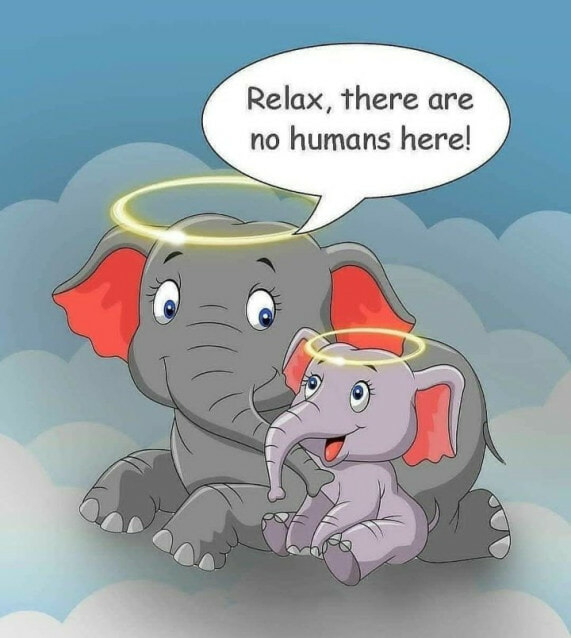 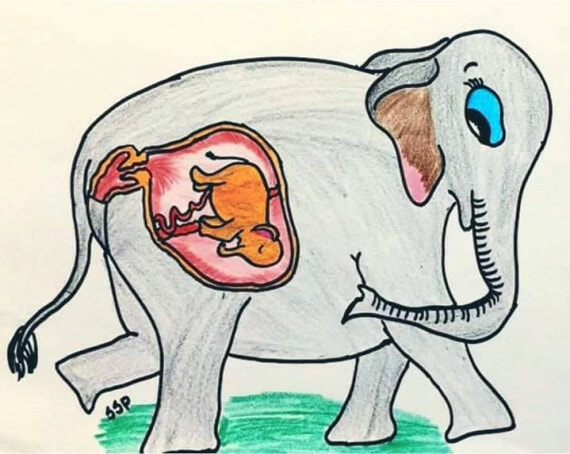 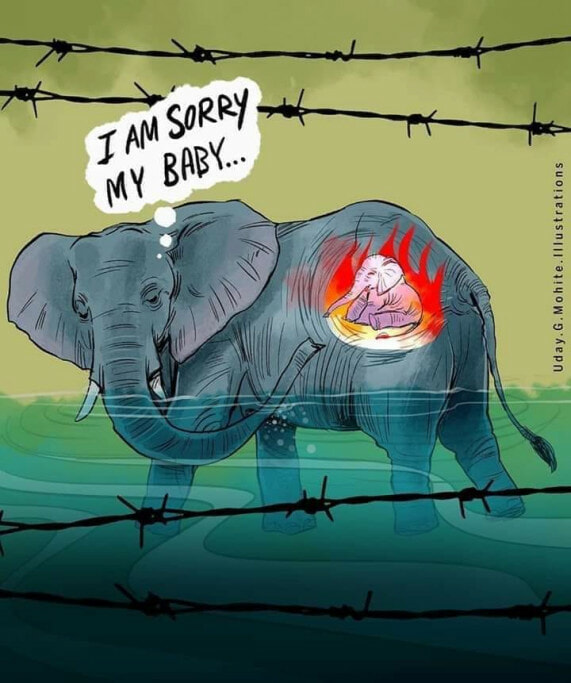 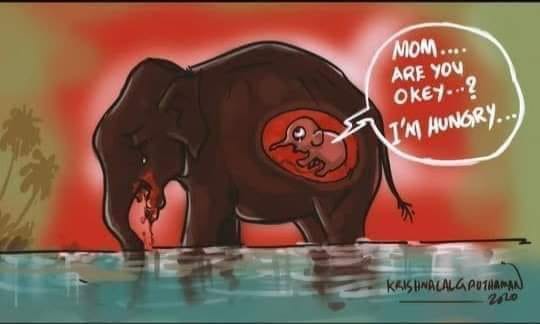 #humanity dies again.. this is not the first time ..but may that female #Elephant will get justice soon.. stop #animalcruelty because #EveryLivesMatter, #humanityisdead again, #EveryLifeMatters #HumanityFirst , it doesn’t matter who is front of us. pic.twitter.com/bL99XmUr96

I’m Shocked to hear this. How brutal & inhuman? Pregnant #Elephant Feed Pineapple Stuffed With Crackers In Kerala, She Died after 3 days Standing In River.
I pray to god that you suffer the same fate as that poor creature 😠😠😓😓 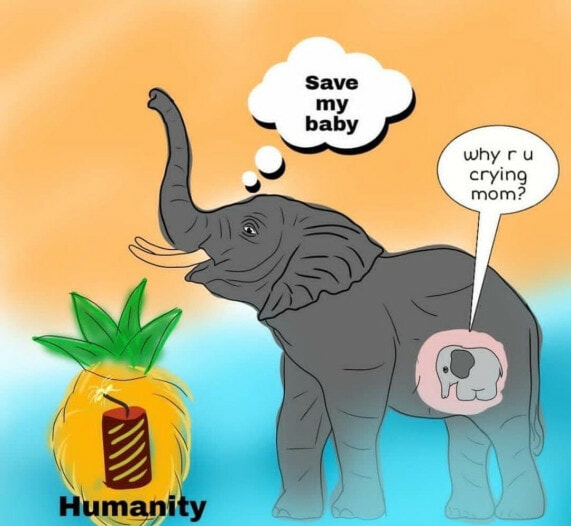 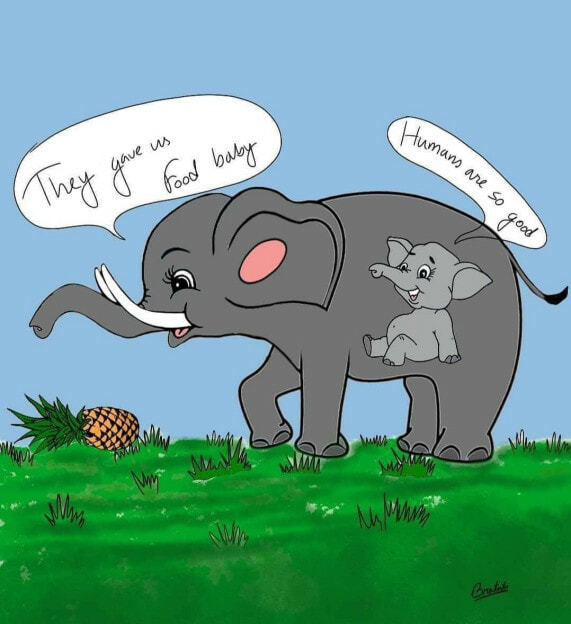 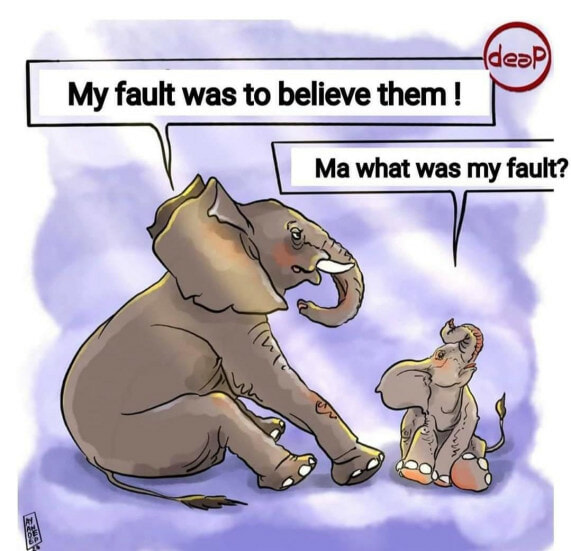 What did this harmless creature do to deserve this? Truly, humans do not deserve animals. Whoever the culprit is, we hope the authorities will find them and that justice will be served.