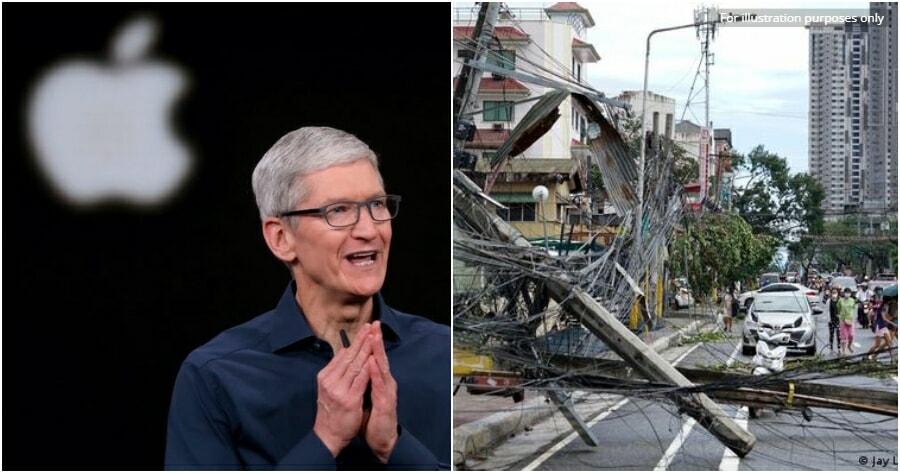 In the midst of the current climate crisis, many countries have been affected by natural disasters such as floods and even earthquakes.

However, many kind and generous souls are providing relief to help the ones affected which is indeed heavily needed in hard times like these.

Apple CEO, Tim Cook tweeted an announcement saying they will be sending reliefs to 2 countries affected by Typhoon Rai, which includes us Malaysia and also Philippines.

Typhoon Rai has caused so much devastation in the Philippines and Malaysia — so many families have lost so much. Apple will be contributing to relief, recovery, and longer-term rebuilding efforts. #OdettePH

The huge announcement reached the Malaysian audience, and citizens are begging Tim Cook to not send the donations and reliefs through the government.

“Do not ever trust the current Malaysian government with any aid. Please reach out to the NGOs who have been at the forefront of helping the victims.”

“We only have citizens and NGOs that have been working hard since day-1 of being struck by the disaster.” 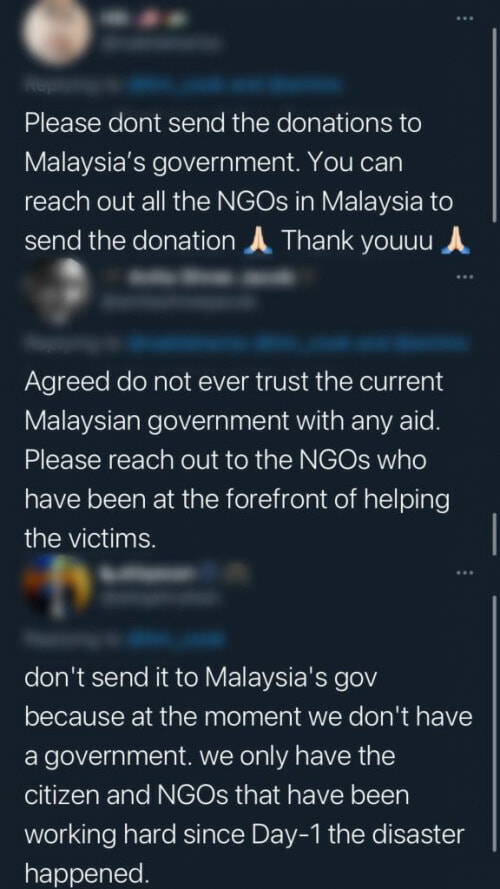 The Philippines are also thinking the same

Fellow Filipinos also feel the same, “Do not trust the government”. 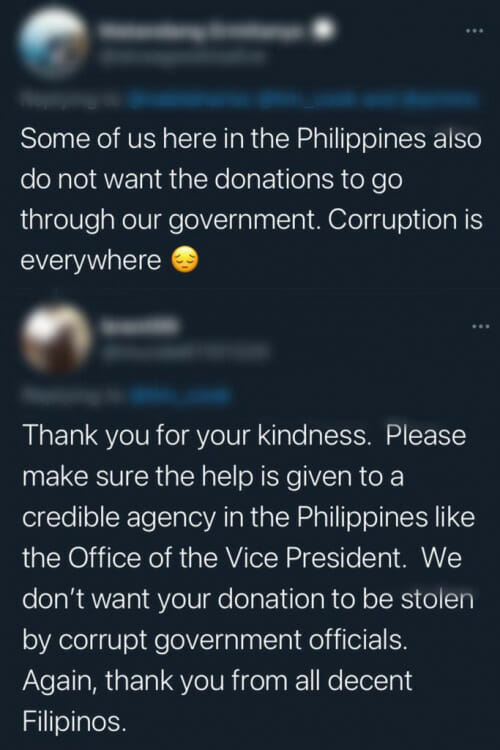 Both countries agree with one another

A number of replies mentioned how both countries do not trust their own government. 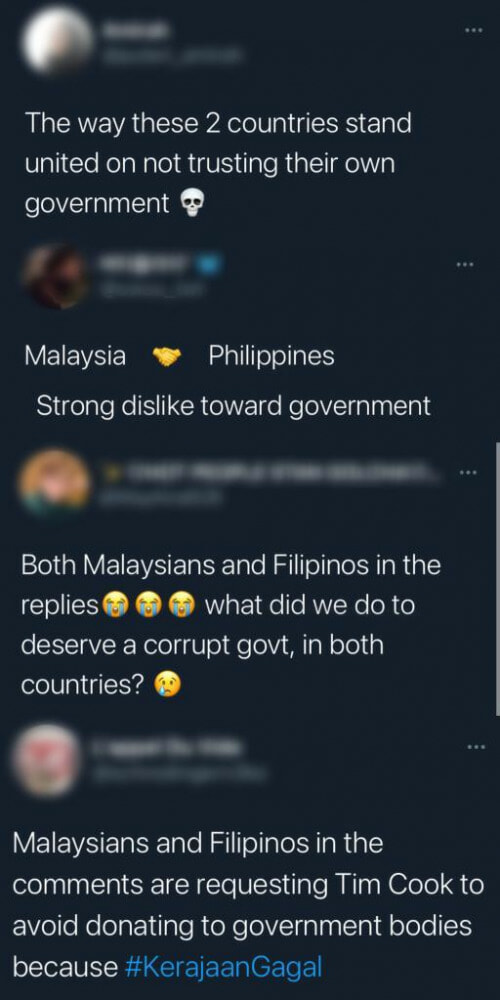 Little goes a long way. Every donation counts, so feel free to give anything as long as it’s within your financial ability.

Also read: DO NOT DONATE HERE is Trending on Twitter After Minister Asks Public for Flood Relief Donations 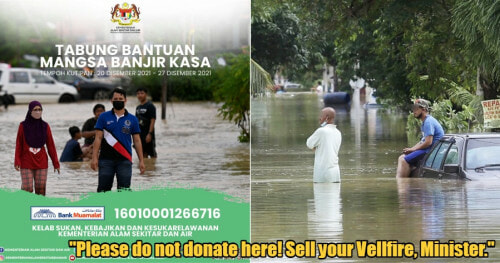