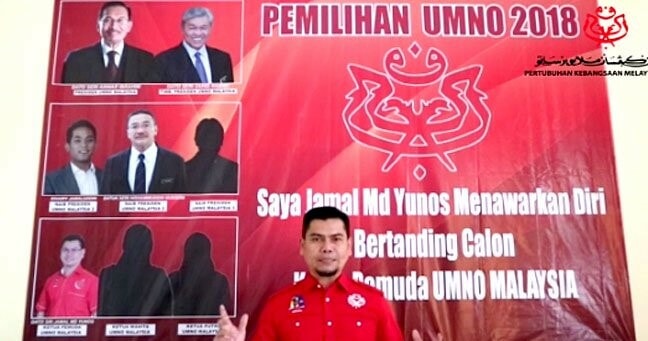 Fugitive Umno leader Jamal Yunos is still on the run with no one being able to contact him, but he is still making videos from wherever he is to voice his opinions.

Yesterday (June 12), the Sungai Besar Umno division chief has suggested that PKR de factor leader, Anwar Ibrahim should contest for Umno presidency in the party’s upcoming election to be held on June 30, according to Free Malaysia Today.

He did this via a video lasting 104 seconds, that was released on YouTube yesterday, saying that he wants Anwar, who was previously deputy president of Umno and deputy prime minister from 1993 to 1998, to revert back to his old party and contest for the top post. 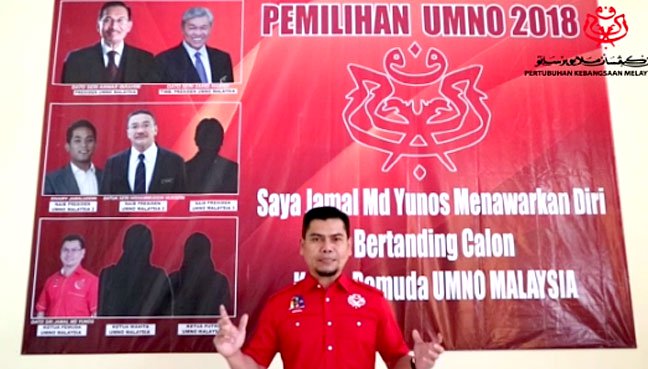 He then confirmed that he himself would contest for the Umno Youth chief’s post and suggested that Ahmad Zahid Hamidi should run for deputy president.

“I suggest for the upcoming election that Anwar run as Umno president and Zahid, who is now acting president, contest the deputy president’s post,” he said.

For the three vice-presidents’ posts, Jamal’s dream team would consist of vice-president Hishammuddin Hussein, Umno Youth chief Khairy Jamaluddin and another candidate that he did not mention.

He was speaking with a large red poster behind him featuring photos of the leaders he had suggested and the party posts that he wanted them to contest for. 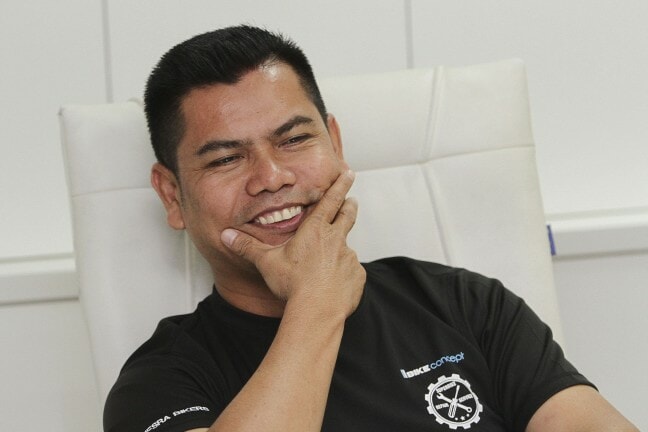 Jamal added that he was offering himself as Umno Youth chief to assist them in this challenging period, and that he would strengthen the Umno Youths in the country by ensuring that they are principled and well-respected.

“The struggles Umno are facing now are great, and hopefully by the grace of God, I am elected by the youth, by the grassroots,” he said, reported Malay Mail.

“I promise to restore dignity to the youth so we are respected again, for the betterment of the party and future successes.” 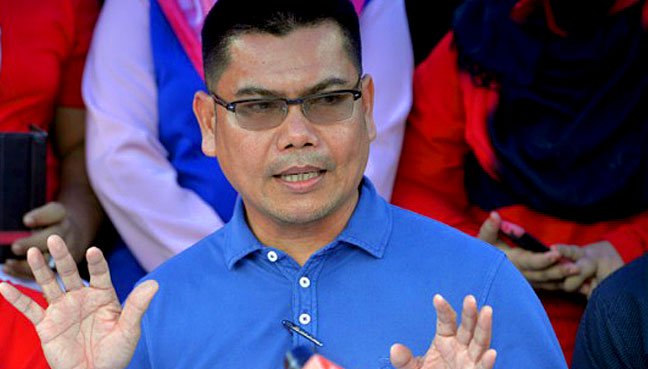 Jamal’s location is currently unknown ever since he went missing from Ampang Puteri Specialist Hospital where he was receiving back pain treatment. He was then charged before a magistrate a few hours later. He is speculated to have escaped to Indonesia through illegal channels.

What do you think of Jamal’s suggestion? Should his opinions be taken seriously, or should he just turn himself in first? 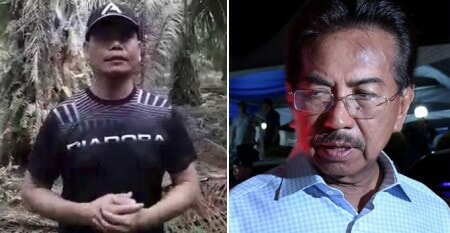