Remember the group of girls who went viral when they climbed the ‘IPOH’ sign? 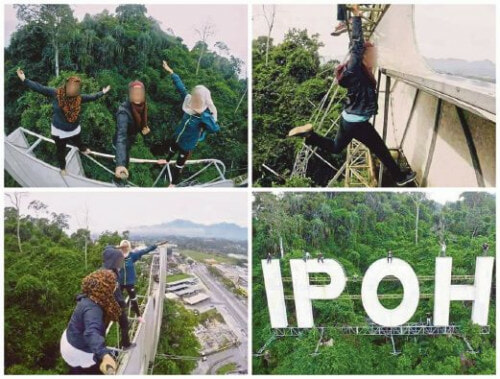 Their crazy act of climbing the tall structure without any safety equipment prompted authorities to investigate in the matter!

They were also ‘caught’ and apologised in a press conference regarding their daredevil stunts.

You think that people would have steered clear of doing the same stunt… or at least do it in secret, without posting it onto social media and all…

But not this dude. This guy also decided to climb the iconic ‘IPOH’ structure and then post it onto his social media. 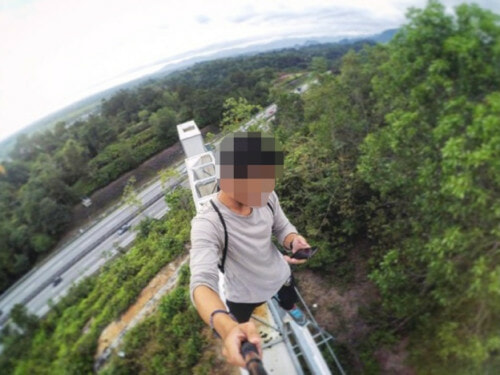 According to Siakap Keli, the youth wrote in the caption,

Of course his pictures went viral on Facebook and many netizens told him to turn himself in to the authorities.

Ipoh’s Town Mayor, Datuk Zamri Man said that the authorities have yet to gather adequate information. He explained,

“I will gather the information of this case first, including the identity of the man involved, before giving further comments.”

Indeed, such a crazy act like that is dangerous. Especially since it seems like this young man is also not using any safety gear while climbing up to there. 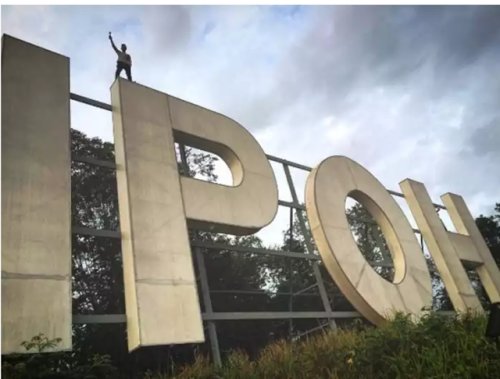 So, guys…if y’all are gonna do ANYTHING at all, just remember ‘safety and protection’ 😉 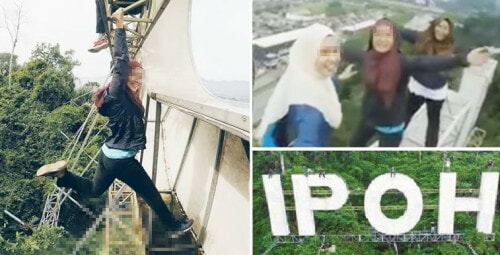