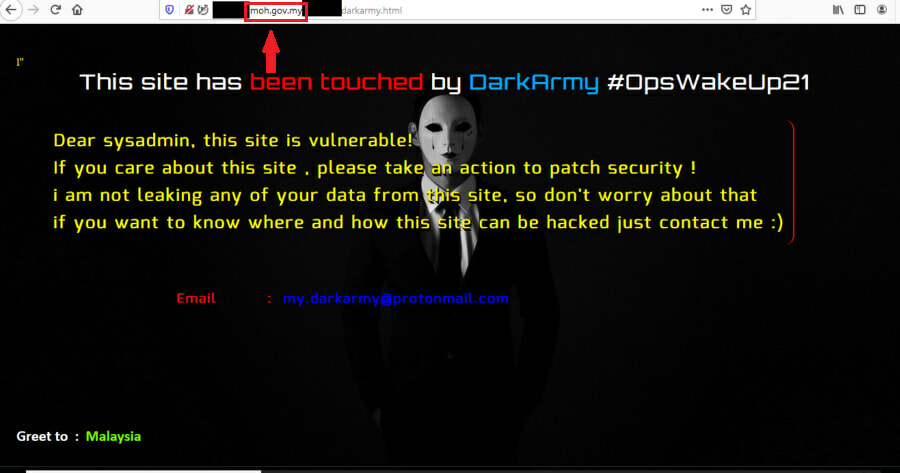 Recently, an online rebel group, Anonymous Malaysia made headlines after they warned the Malaysian government that they were coming for their websites to prove how bad their security systems are.

Now, they’ve taken to their Facebook page again to showcase some of the websites that they have allegedly hacked into. 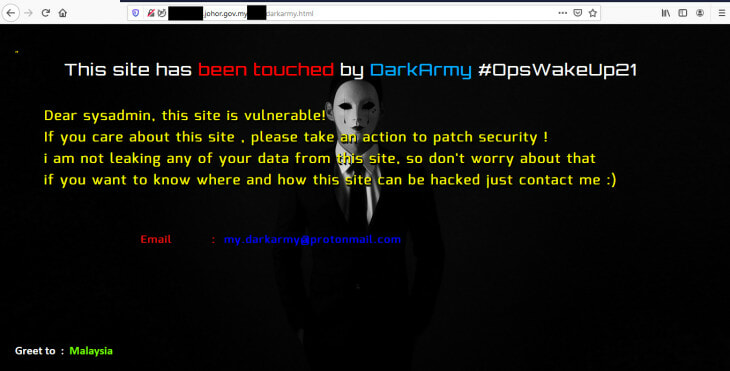 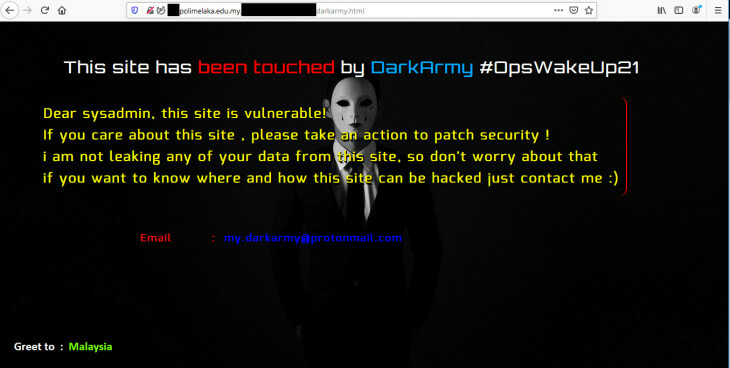 “To script kiddies and professional pentesters, if you’re skilful enough, turn on your domain recon and fuzzer tools to find the defacement. To sysadmin, please patch up your system before it gets stamped again. The DarkArmy gives you 24 hours before they come again,” they warned.

The websites that they claimed to have hacked look completely fine as at the time of writing. However, Politeknik Melaka did share in a statement that their internal system will be temporarily closed to strengthen security.

“Notice of temporary closure of the internal system of Politeknik Melaka. It is informed that, UTM has closed all access to several internal PMK systems temporarily from 2 February until further notice to enable technical maintenance to be carried out as a measure to strengthen security on the server hardware. Apologies for the inconvenience caused.” 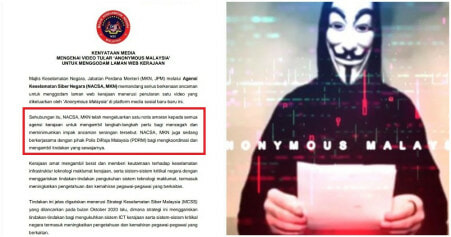