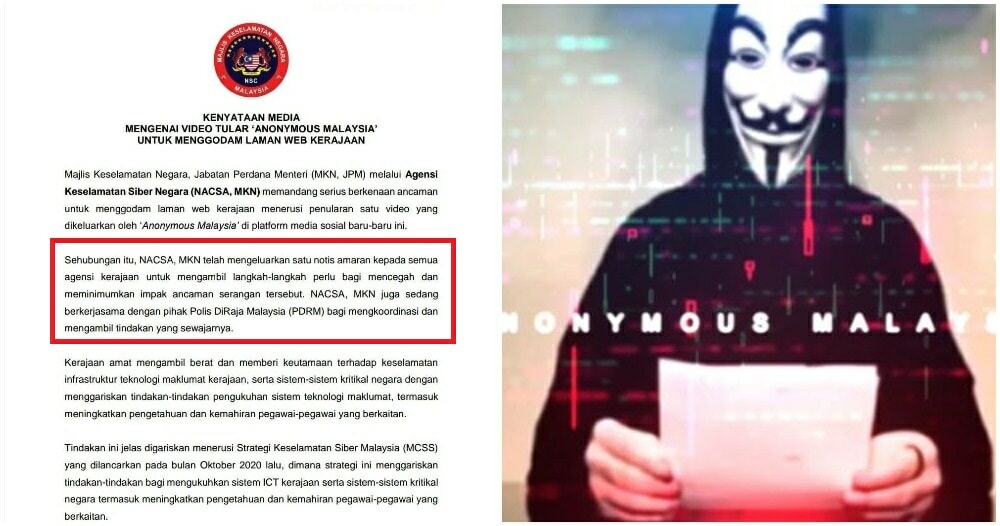 Facebook page, Anonymous Malaysia, has gone viral after they posted a video addressing the current Malaysian government. In the 2 minutes and 29 seconds long video, they said that the Malaysian government is unwilling to recognise and learn from their past mistakes.

They continued and said: “It has been a long time, we were silent. It’s time to open your eyes. We are legion, we do not forgive, we do not forget, expect us!”

Hello, Malaysian.
This is a wake-up call for the government of Malaysia.
It's have been a long time that we are silent.
Be prepared.
We are legion, We do not Forgive, We do not Forget, Expect US!#OpsWakeUp21https://t.co/QfhQfZ7pSQ

National Security Council (MKN) released a statement soon after saying they take the threats posed by Anonymous Malaysia to hack government websites seriously. MKN has issued a warning to all government agencies to take necessary steps which can prevent and minimise the impact of such an attack.

“The government is very concerned and gives priority to the infrastructure security of the government’s information technology as well as critical systems of the country.”

“We have outline actions to strengthen the IT system, including improving the knowledge and skills of relevant officers.”

MKN added that these actions are clearly outlined through the Malaysian Cyber Security Strategy (MCSS) which was launched in October 2020.

Will there be an impending threat towards government agencies? Let us know what you think! 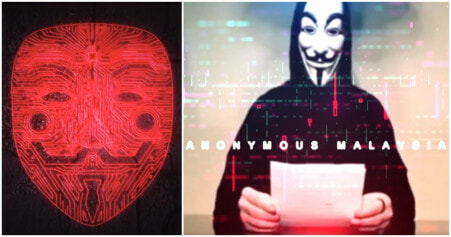