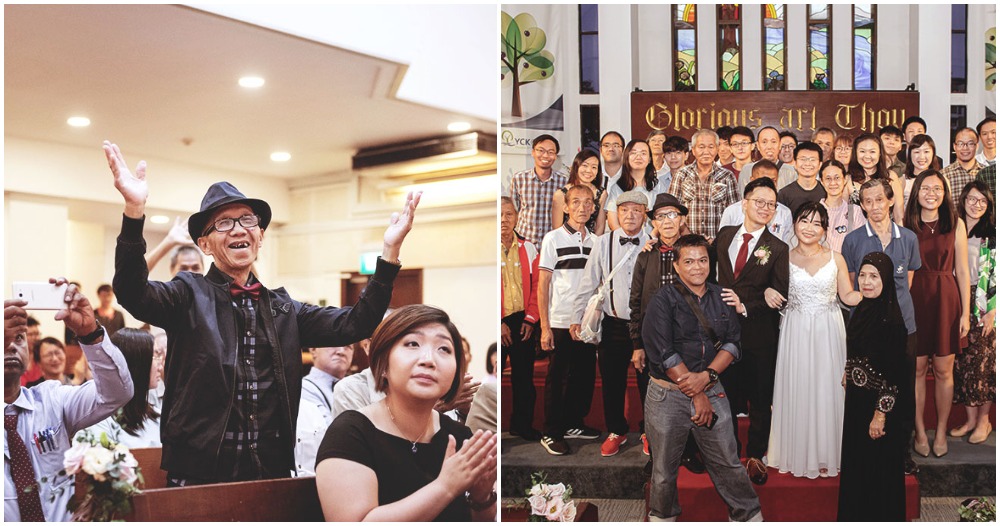 Sometimes when we pass by homeless people, we feel sympathy towards them but at times, we do not know how to help them. But thankfully, through soup kitchens and street feeding programs, we are able to somehow give back to them. 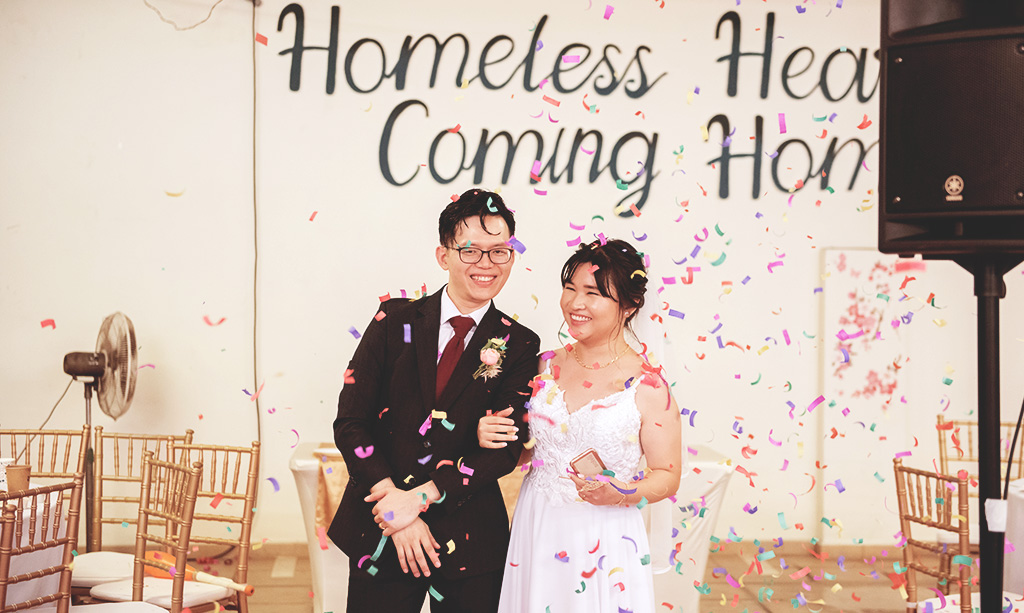 This couple, however, is doing the best that they can by inviting the homeless to their wedding and they shared their story to YMI!

Singaporean couple Peng Cheng Yu and Abraham Yeo invited their street friends from the church ministry Homeless Hearts of Singapore, which is set up by Abraham himself.

Instead of opting for a lavish wedding with a luxurious ball gown at a fancy venue, the couple went for a carnival-style event with a buffet spread. The reasoning behind it was that they wanted to give their street friends a sense of abundance. 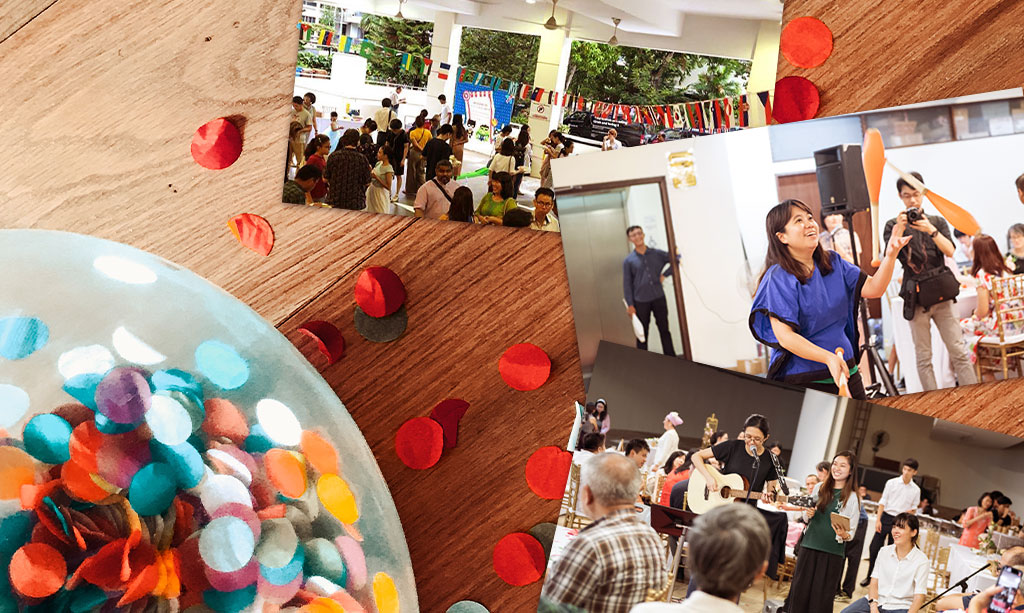 At first, when they gave out the invitation cards, their street friends were hesitant to attend the event as they didn’t have any clothes suitable for the occasion. The couple said,

“They felt embarassed and for us who never had a shortage of clothes, we will never understand the feeling.”

The couple wanted to give them clothes for the wedding but their budget had already maxed out. Luckily, a friend of theirs offered to pay for the homeless people’s clothes and even brought them shopping! 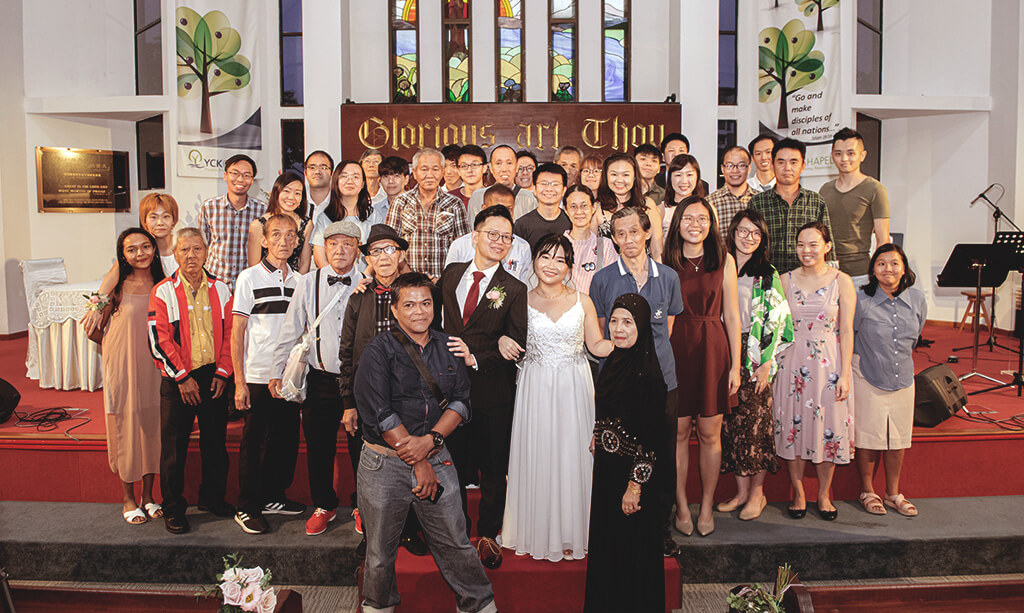 At the wedding, everyone looked so good you wouldn’t even be able to tell them apart! Since they were on a budget, the couple’s friends volunteered to help them as carnival workers and their photographers. The bride was also very budget-conscious and bought a wedding dress from a website instead of from a boutique. It looks so good though! 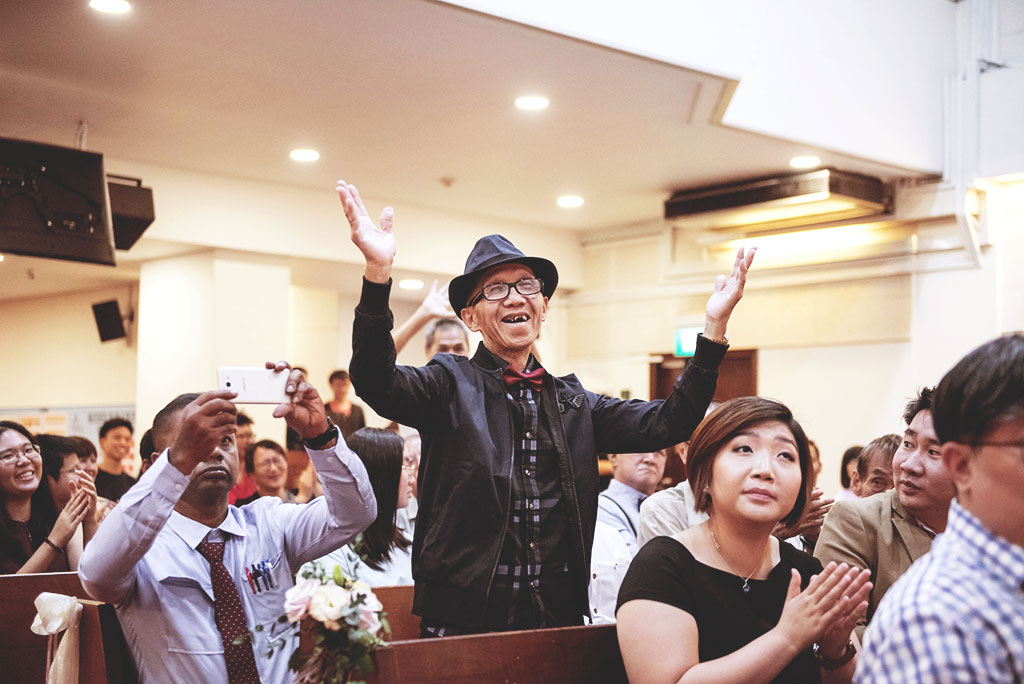 Abraham recounted that the inspiration to form the church ministry was from his Japan trip when he saw the homeless people there struggling to feed themselves. He was on a tight budget himself, but he wanted to do something for them. Fortunately that time, a pastor gave him a fresh batch of bread, and he was able to feed them with that. When he came back to Singapore, he founded the ministry and met his wife at one of the activities that they organized.

Now, after the wedding, it’s time for their honeymoon and they chose to go to Japan and focused on visiting the slums and back alleys. 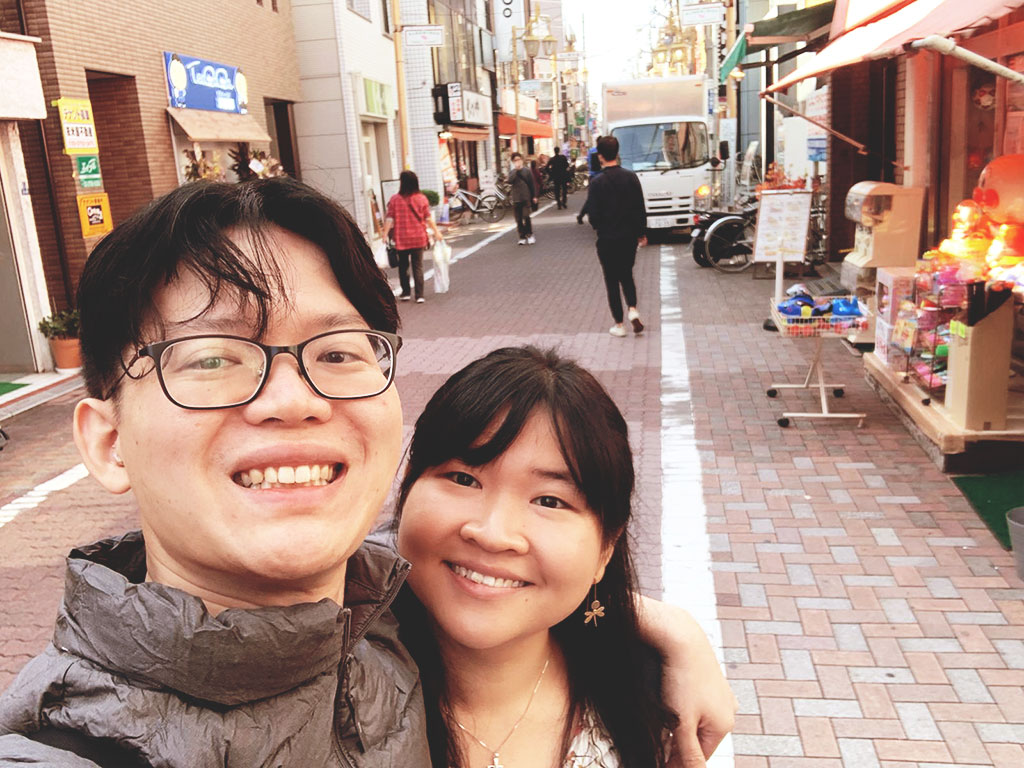 As for their future plans, they hope to expand their mission worldwide and also to build a house church for their friends at Homeless Hearts.

Awwww, that is such an inspiring story! We hope that the couple enjoys married life while spreading their views far and wide. Also, thank you for doing what you’re doing! 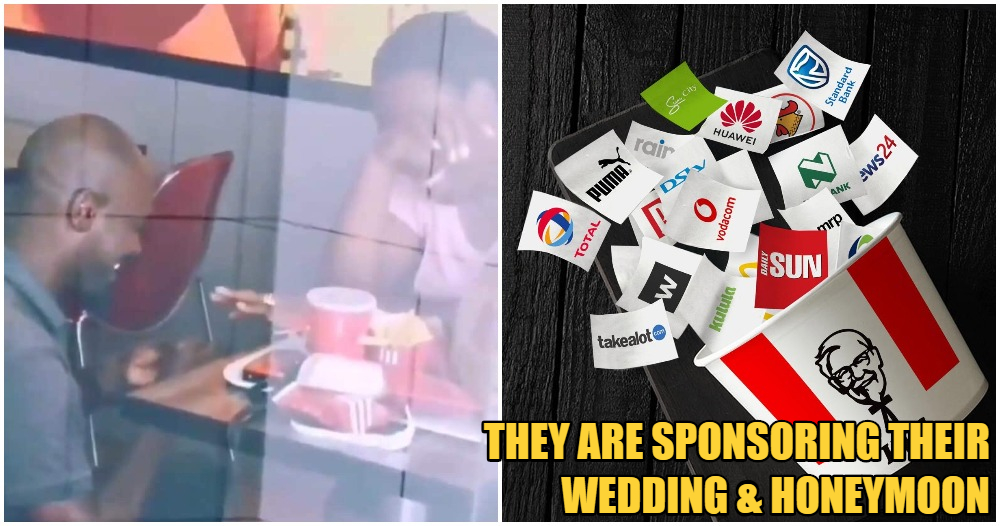