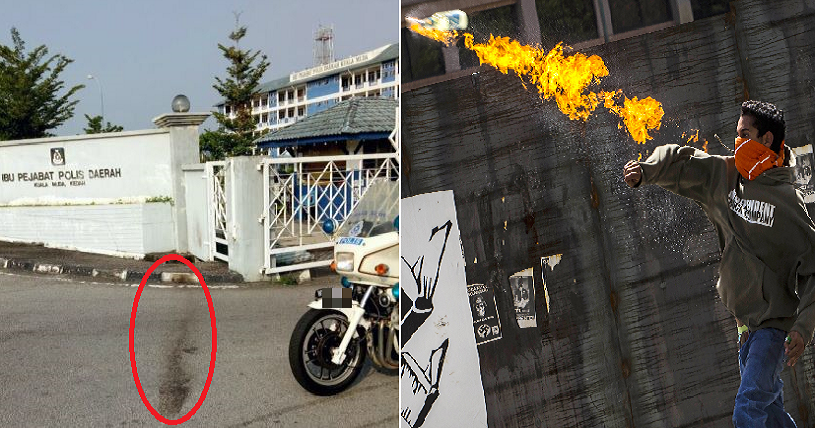 We often hear about members of the public going to the police station to report a crime but rarely do we hear about a police making a police report. But that’s just what a policeman did when the Kuala Muda district police headquarters was attacked by a Molotov cocktail. 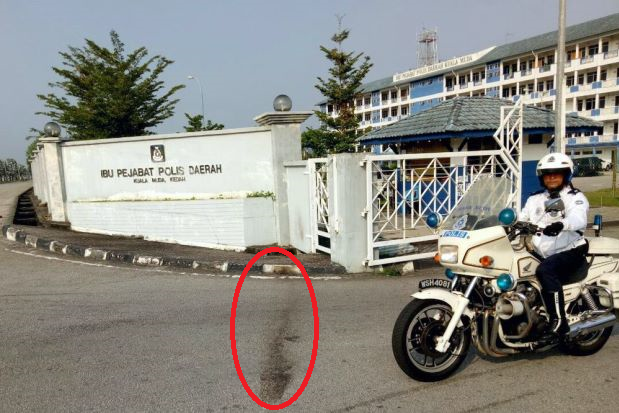 According to the Star, on early Saturday morning at around 3.35am, the policeman who was on sentry duty spotted two suspicious characters hanging around the entrance of the police station. He approached them to question them about their suspicious behaviour.

However, before he could get near them, the two men, believed to be gang members threw the incendiary device at the entrance and fled on a yellow motorcycle. The Molotov cocktail left a black scorch mark on the ground and later the policemen found a banner hanging on the fence threatening the police. The phrase “last warning for PDRM,” was in the banner. Wah, WTF! 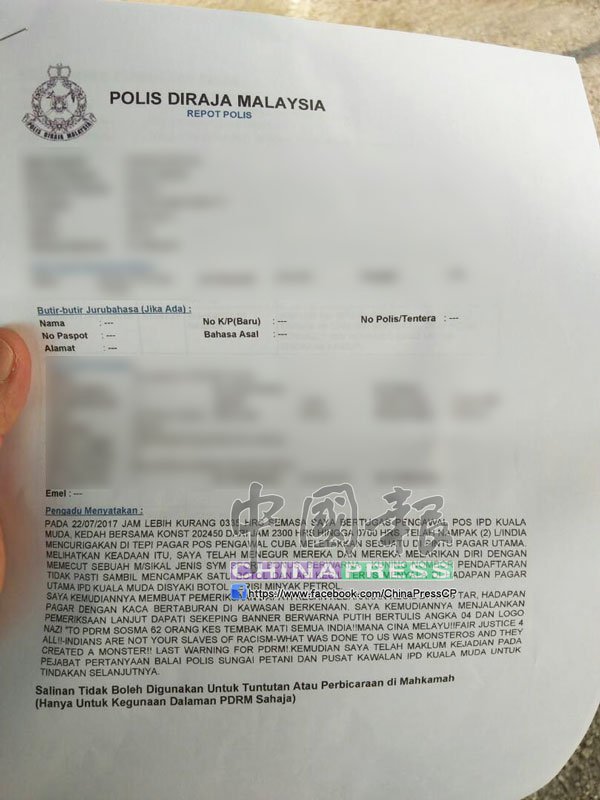 Chinapress reports that the warning is believed to be related to the recent arrest of 62 members of a gang and threatening the police to back off. The policeman who found the gangsters lodged a police report after the incident. There were no reported incidents of any injuries or other damages to property and the police also informed that they are currently investigating.

Seems like these gangsters think that they are untouchable by the long arm of the law!

Also read: Malaysian Boy Gets Brutally Beaten Up For Refusing to Join ‘Gang 550’ 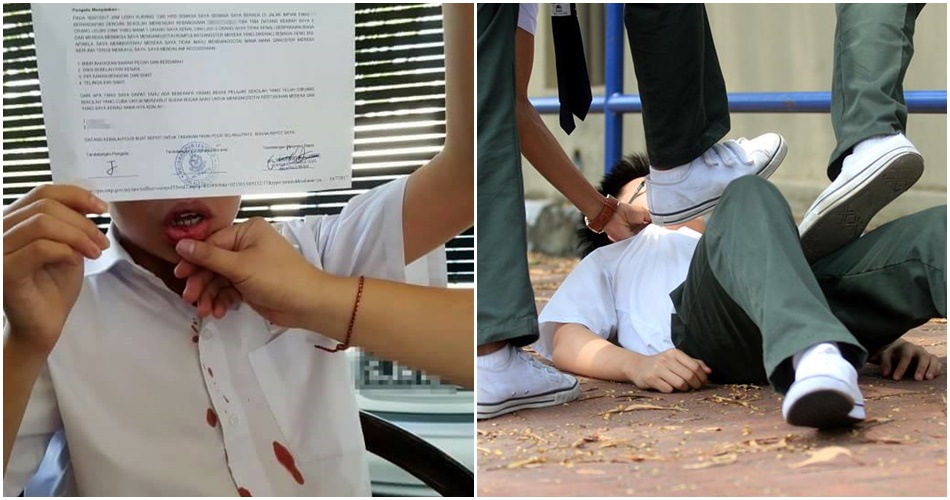