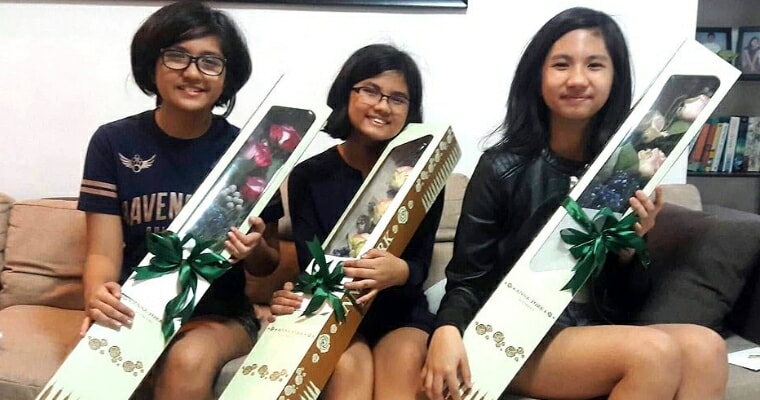 It’s always a sweet gesture to give your significant other a Valentine’s Day surprise, but what happens when you have three little sweethearts?

Facebook user Chi Martillo showed us the solution: by giving Valentine gifts to all of them. By sweethearts, we mean his three young daughters of course! The Filipino father of three shared how he prepared special V-Day surprises for his three daughters, 16-year-old Nikki, 14-year-old Chelsea, and 12-year-old Chynna.

Chi and his wife took some time off work during lunch to deliver flowers to Capitol Hills Christian School at Quezon City, where their daughters were all attending school, reported ABS CBN News. 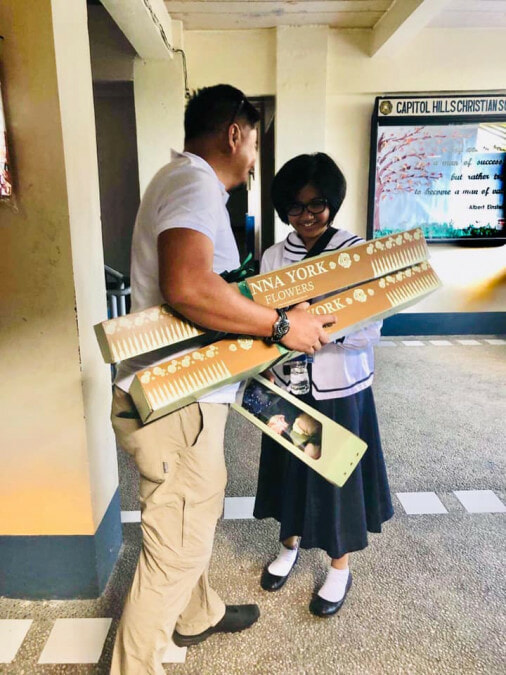 “We went directly to their classrooms. They were in awe and couldn’t say a word. Chelsea and Chynna cried. They all appreciated the gesture,” Chi said. 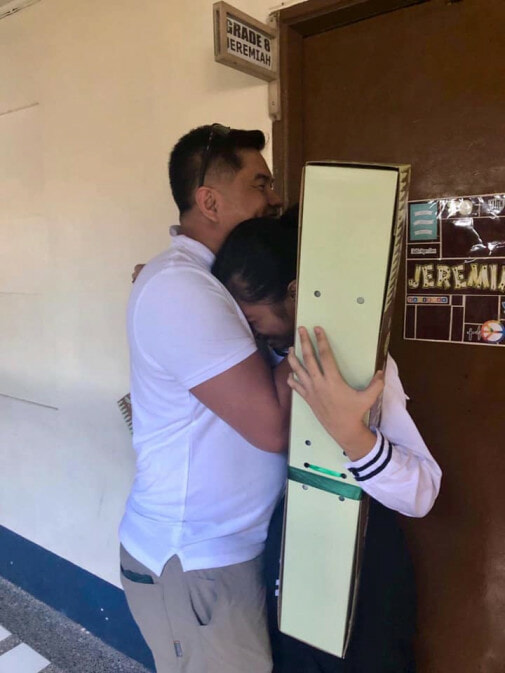 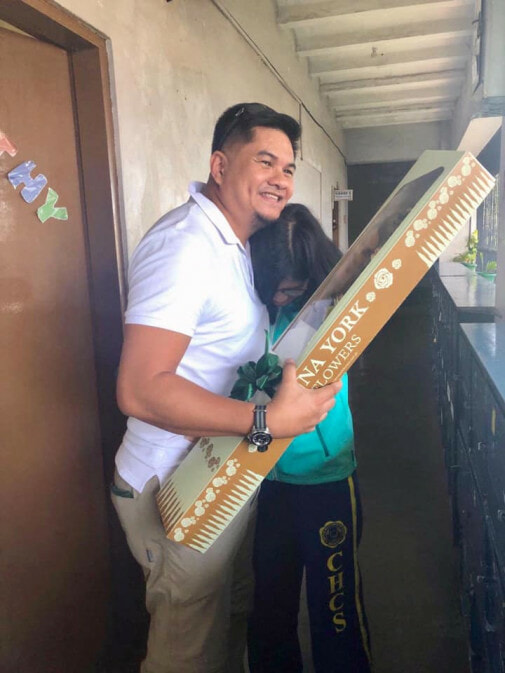 The proud father, who works at the House of Representatives, revealed that the surprise was actually his wife’s idea.

“We agreed that it would be best for our girls to be spoiled with gifts by their first Valentine (himself), so that when they come of age, they would look at the guys’ character rather than be awed with gifts,” he added. 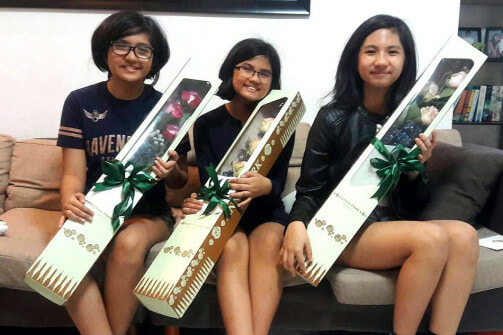 He had also drafted personalised letters for each of his daughters “tailor-fit to their individual characters and strengths”. “My penmanship is ugly,” he joked, saying that he had to print the letters out. Each of the letters were signed off with “Your Valentine, Pops.” 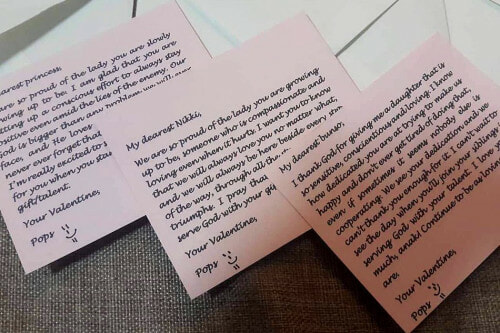 Perhaps this commenter said it best.

“I’m sure your girls had the best Valentine’s day ever–one they will never forget. It’s going to be really hard to top that.”

What a loving father! We’re sure the girls are always going to remember their “first Valentine”. Do you guys have any sweet Valentine stories? Share them with us in the comment section below!

Also read: Father Of The Year Fearlessly Punches and Bites Crocodile to Save His Son’s Life 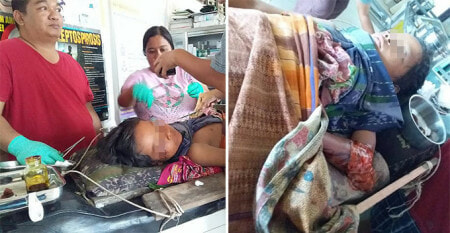