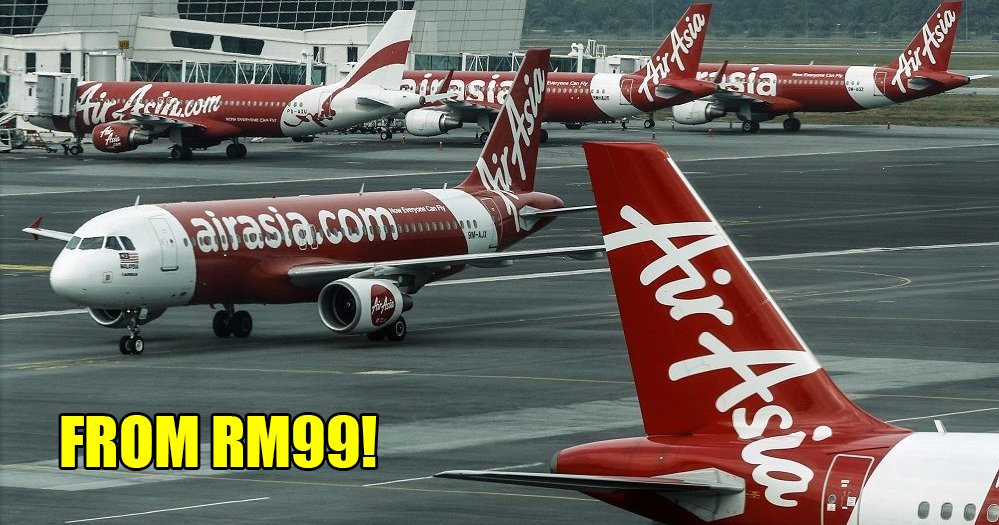 Still looking for tickets to fly back home for GE14? Well, we have news that might ease your burden.

According to NST, AirAsia announced on their Facebook page today (13 April 2018) that they are offering fixed price one-way tickets for those going back home for polling day!

“Because of your overwhelming response to vote for #GE14, we’re launching fixed fares TONIGHT. All fares available on airasia.com, #forthepeople.”

Keep in mind that this offer only applies to Malaysians travelling on May 8 and 9, 2018. Not any other days!

Hence, the fixed ticket prices are as below; 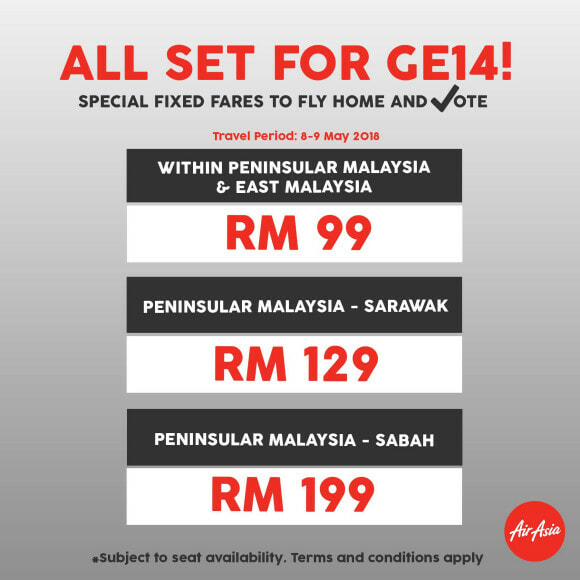 Prior to this, AirAsia – as well as Malindo Air and Cathay Pacific – had announced that they would be waiving the flight change fees for bookings that fall on the date of polling day (9 May).

On the other hand, AirAsia’s chief executive officer (CEO), Tan Sri Tony Fernandes, tweeted that AirAsia will freeze any unsold seats before and after the elections, on 8 and 10 May respectively. He then said that these seats will be sold at lower prices for customers going back home before and after the polling day.

“We are going to deploy AirAsia X 330 at times it’s not flying. Revenue team working overtime to get this done. Say thanks to them,” tweeted Tony.

Just recently, the Prime Minister’s Office had declared that 9 May 2018 (polling day) will be a public holiday. Quick! Use this opportunity to grab these fixed price tickets to fly home and vote!

So, if you’re still looking for (cheap) air tickets, don’t forget to visit their website tonight! 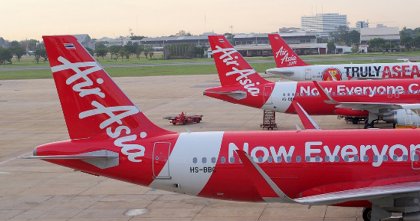