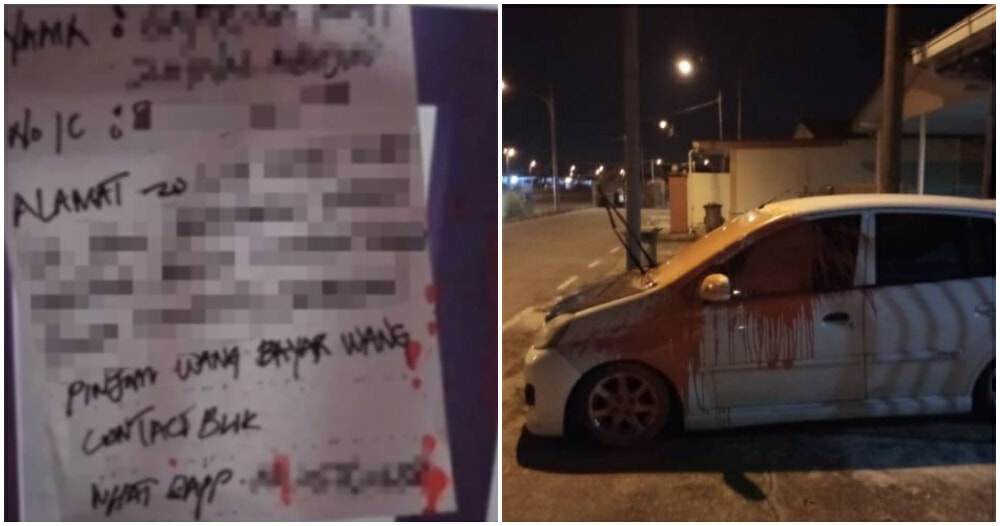 A man in Sarawak mistakenly fell victim to an unlicensed loan shark (also known as an Ah Long) after his car was splashed with red paint.

According to Harian Metro and Utusan Borneo, the incident occurred at 5.05am when the victim’s wife was leaving to go to work and found their Perodua Viva parked in front of the house at Taman Banjaran Serapi Jalan Sungai Tengah, splashed with paint on the bonnet and front tire. 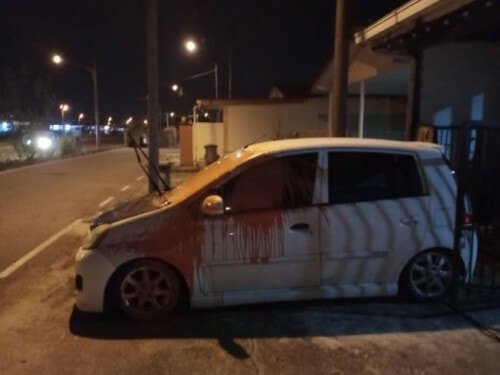 Padawan District Police Chief Superintendent Aidil Bolhassan said the victim also found a notice left in front of the gate of his house stating to pay the debt. However, the name written in the notice was not meant for him.

“The victim found that the name written in the notice was addressed to his neighbour’s daughter. The scene did not have closed-circuit television (CCTV) cameras and no independent witnesses saw the incident,” he said. 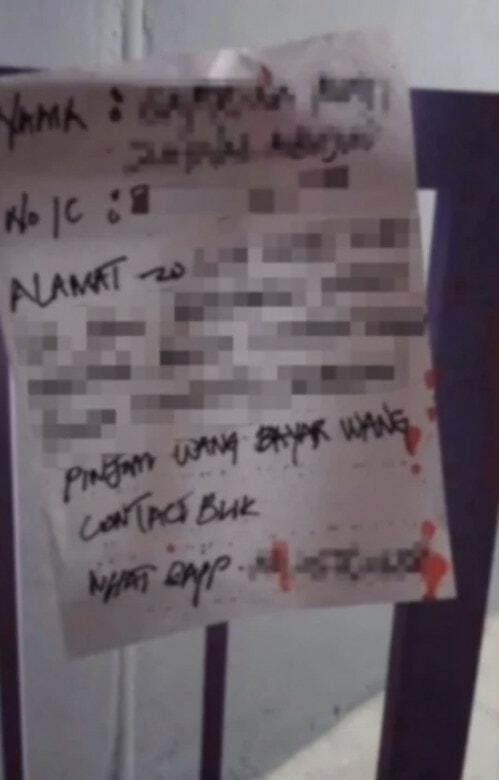 He added that the victim had been informed by a neighbour that his daughter owed money (RM 300) to an Ah Long through Facebook.

Through further investigation and inspection, the neighbour’s child had also lodged a police report on 13 September when their house window was broken and splashed with red paint while the fence was locked.

“The incident is believed to have been committed by an Ah Long because the victim’s neighbour had taken a loan of RM300 but was no longer able to make the payment because she was asked to pay up to RM8,600,” he said.

He said the investigation was still ongoing under Section 427 of the Penal Code.

Also Read: 11yo SG Boy With Gaming Addiction Steals Over RM12k From Mother For Mobile Top Up Cards 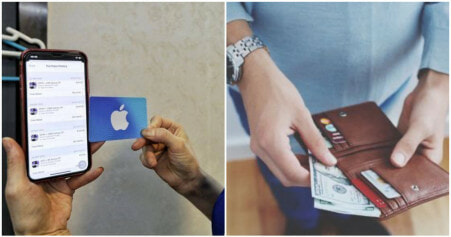