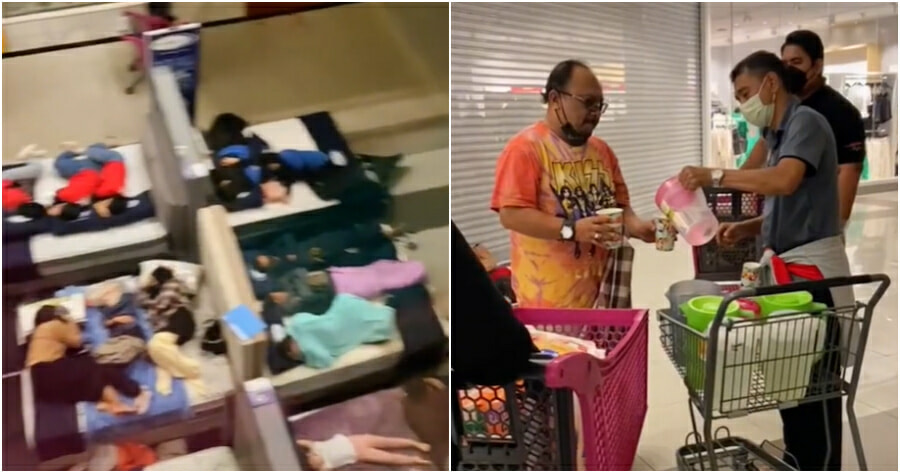 The heavy downpour that took place in Peninsular Malaysia over the weekend which had led to the flood was certainly unexpected, and it had forced a lot of people to seek shelter in places they did not expect to.

On Saturday (18 December), a post, which has since been deleted, spread like wildfire online where a visitor in Aeon Mall Shah Alam claimed that the people were not allowed to seek shelter in the building when the area started to flood.

The man also claimed that Aeon Shah Alam was worried about possible theft that could happen.

The mall has since responded via a statement that was uploaded onto their Facebook page.

According to their statement, the mall has decided to allow people to seek shelter in their building at 9:40 PM on Saturday night. Prior to the decision, they were not aware of the worsening situation out there where the water level has risen up and main roads were closed. 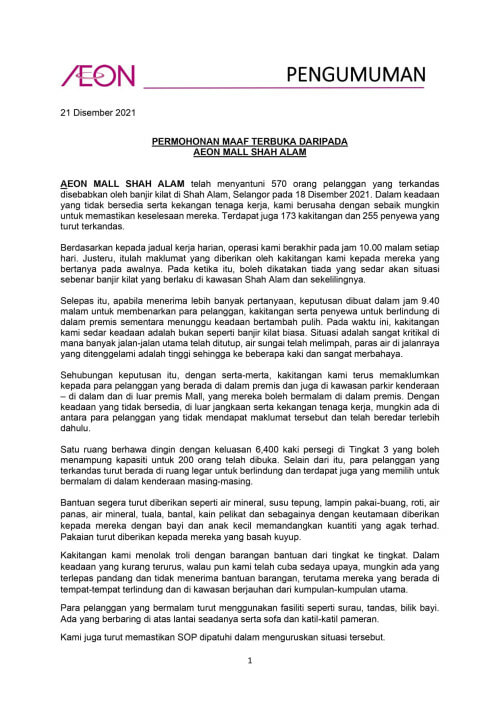 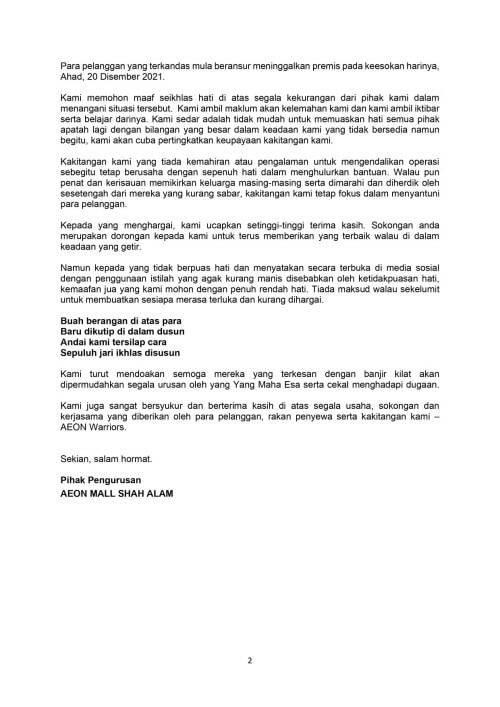 They immediately allowed the visitors who were stranded in the parking lot and outside the malls to come into the building and they were also allowed to spend the night there.

Unfortunately, some customers may have already left which had prompted them to think that the mall, in all circumstances, did not allow anyone to stay in the building even after their operation hours had ended at 10 PM.

In total, Aeon Shah Alam had provided a safe haven to 570 customers, as well as 173 staff and 255 tenants who were also stranded in the mall.

During the stay, the mall provided essential materials that were needed by the customers, such as food, mineral water, milk and diapers for babies etc. 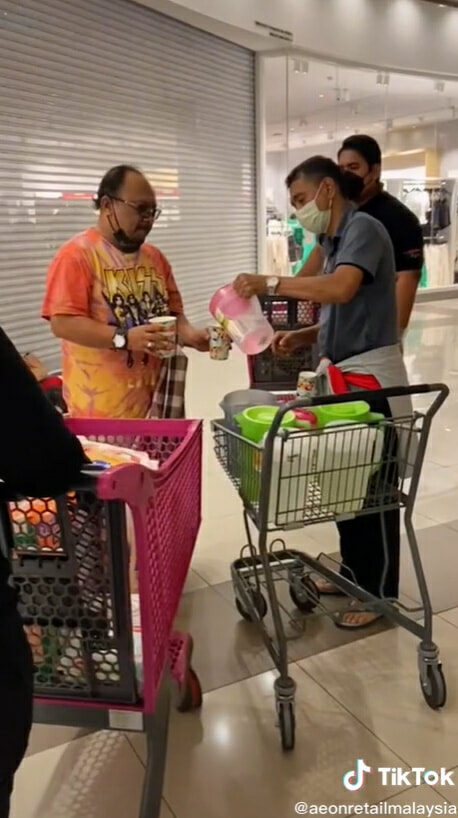 Some visitors spent the night on the exhibition beds and mattresses. The mall also ensured that SOPs were followed.

You can watch the videos on how they cater to their customers’ needs during the stay in the comment sections.

You can also watch another video posted on their TikTok account below:

Many people, regardless of who they are have come forward to offer a helping hand during these tough times and we certainly cannot thank them enough for their contributions!

Also read: “Tolong! Tolong!” – That’s The Only Thing You Can Hear in Pitch Darkness in Taman Sri Muda