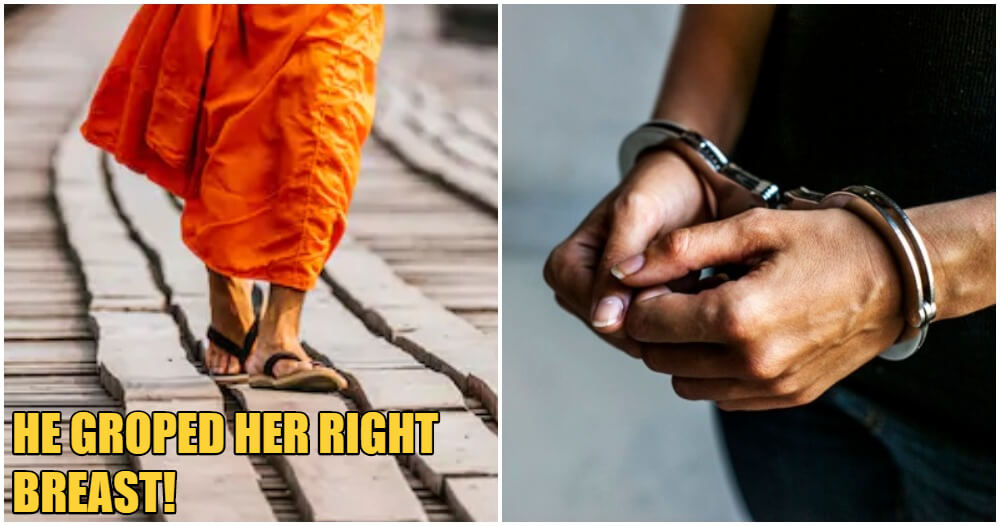 A Nepalese monk was arrested after groping a woman’s breasts! 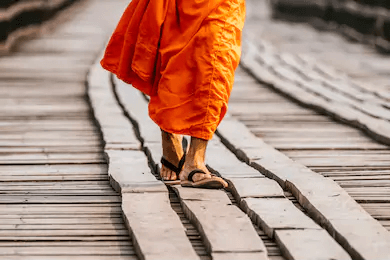 For illustration purposes only. Source: shutterstock

Nepalese monk, Tamang Dawa went to Singapore on the 6th of July this year to renew his visa so that he can travel to Taiwan for worship, reported CNA.

However, on the night of 11 July, he had about 6 glasses of beer at a coffee shop in Geylang. After that, he went out for a walk and a lady beckoned him to check out some of the stuff that she was selling.

When she bent over while she was talking to the monk, he went and groped her right breast with his left hand.

The woman then swiped his hand away and screamed for help from another man and a passer-by. The monk ran away but was caught by the 2 men. He apologised and tried to give her compensation but she refused.  The monk was then arrested by police officers who were in that area. 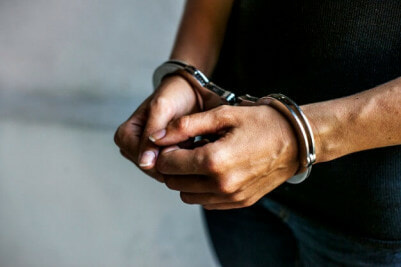 During the court hearing on 24 September, his lawyers defended him by saying that what he did was “wholly out of character”, with “no evidence to suggest a pattern of deviant sexual offending”.

“Dawa is a travelling monk who often comes to Singapore to read scriptures at the various Buddhist temples here. Dawa therefore sincerely regrets his actions which took place nearby to the temple that he was then residing at.”

The monk was sentenced to five months in jail after pleading guilty to molesting the woman.

When you see nice things, it doesn’t mean you can touch it! At the end of the day, it’s all about consent.