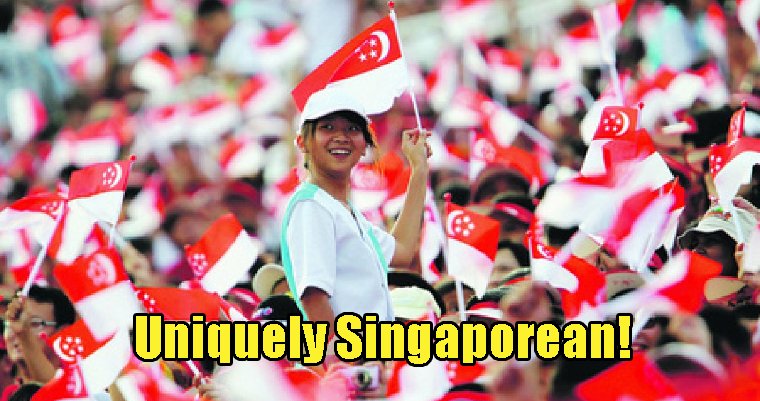 Now, we know that Singapore used to be a part of Malaysia but ever since both countries separated back in 1965, Singapore has gone on to be a globally-recognised transport, commerce and financial hub. Of course, it is the people in the country who have made it a successful nation. 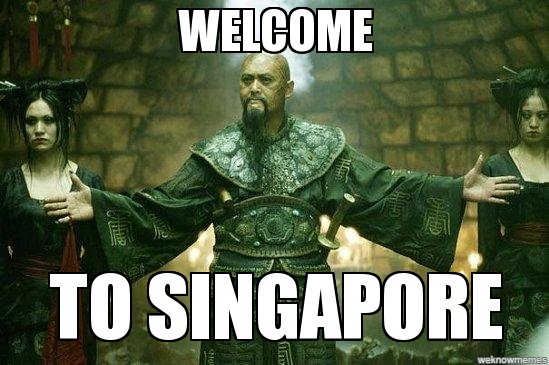 So, in conjunction with Singapore’s 52nd National Day on August 9, here’s a list of unique characteristics that makes one a part of the Little Red Dot! 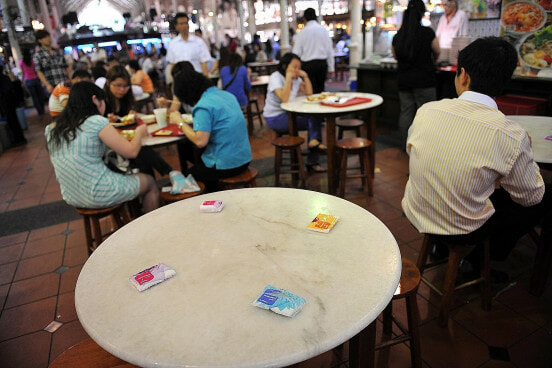 You know you’re not really a Singaporean until you use those tissue packets to stake a claim on one of the coveted tables at hawker stalls! They are especially useful during peak hours! 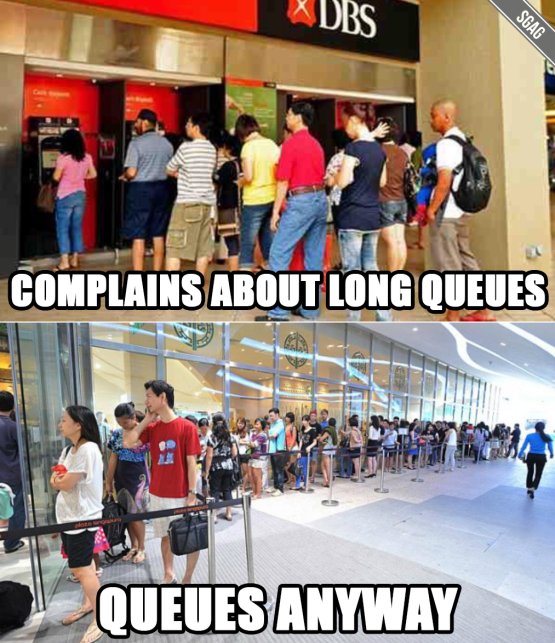 That’s because long queues = good/unmissable things! Even if you don’t know what the long lines are for, you don’t want to miss out on anything. #kiasu

3. Don’t beat the kiasuness, join it! 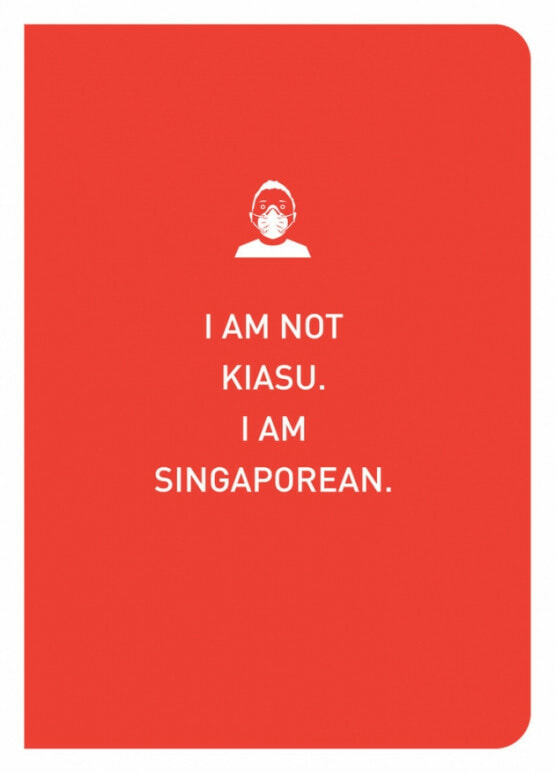 Literally translating to “scared of losing”, many people perceive Singaporeans to be kiasu. Truth is, we are actually brought up since young to always strive towards being the best. #AsianParents

4. Our grasp of Malay is super basic

Did you know that the national language of Singapore is Malay? However, you hardly hear people using it because English is still the first and most commonly used language in Singapore.

5. Which means your Malaysian friends will always tease you for your bad Malay spelling 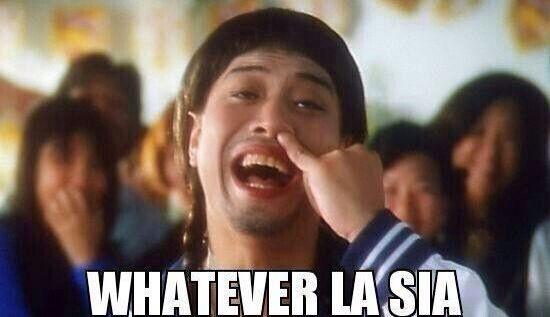 Even when they correct you, you can’t help but fall back into your usual spelling. Aiyah, you all understand can already lah!

6. You can recognise your fellow Singaporeans by their ‘powderful Singlish’ sia 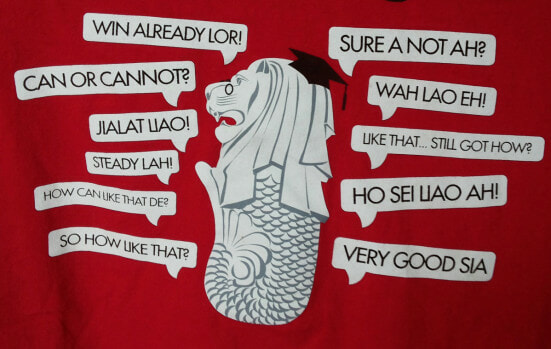 Now, Singlish and Manglish are different, yet they can sound so similar that people often mistake one for the other. But true Singaporeans and Malaysians are able to differentiate each other! Singlish uses more Mandarin and Hokkien mixed into their English while Manglish uses Malay, Mandarin and even Tamil! 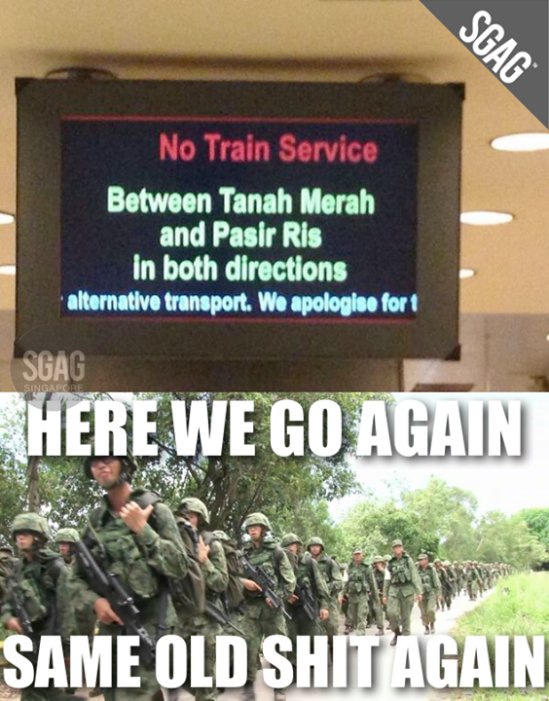 MRT breakdowns are the bane of your existence and you know that once any service is disrupted, loads of disgruntled Singaporeans will air their grievances on social media. 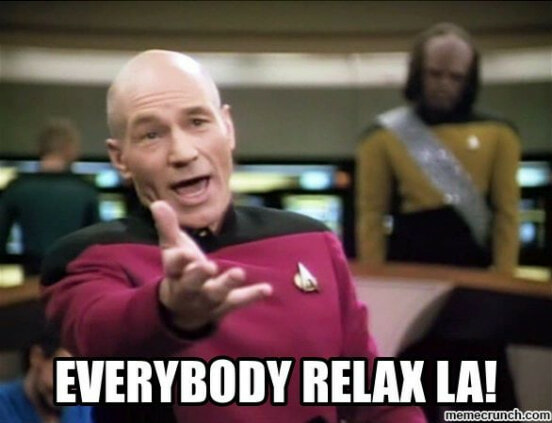 This age-old rivalry has been going on for some time with both sides arguing that they are the best. Whichever side you’re on, aren’t you glad that everyone lives peacefully in one country? 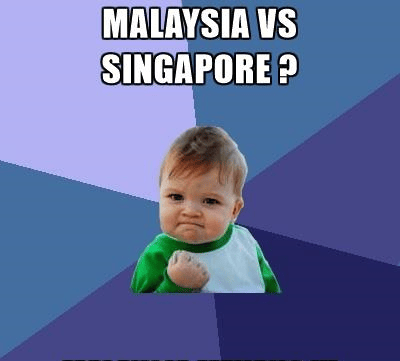 While there are many things that Malaysians will concede are better in Singapore , there is one thing that Malaysians will never surrender, which is food! So, which one is better? You decide for yourself! But why fight over the two when we can just enjoy ALL food in both countries right!?

Also read: 11 Things Malaysians and Singaporeans Always Think They’re Better at Than Each Other 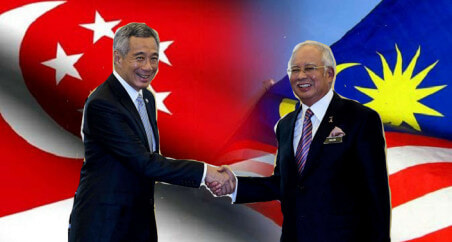