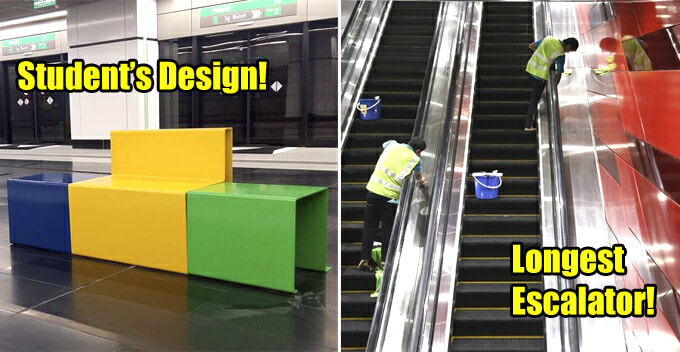 Our beloved prime minister, Dato’ Seri Najib Razak, seemed to be on cloud nine following the launch of the new MRT Sungai Buloh-Kajang line in the afternoon. In fact, he reckoned that this transportation system is  superior to the ones in New York and London.

“I asked someone recently to rate our MRT, where do we stand compared to others. The person said we are better than London, New York, and Hong Kong and we’re on par with Singapore,” the PM proudly stated.

Although Malaysians have yet to determine if it really is world class since it just opened (only time will tell), one thing we’re sure of is that there are a lot of interesting things about these new stations many of you might not be aware of! Check it out!

1. The entire SBK line was built RM2 billion under the allocated budget 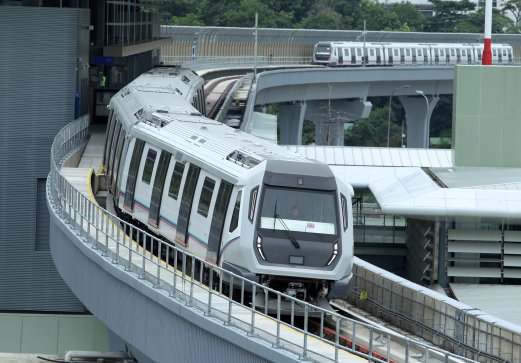 The cost of building the entire SBK line was reportedly just under RM21 billion, which is below the initial construction budget of RM23 billion according to the Malay Mail. 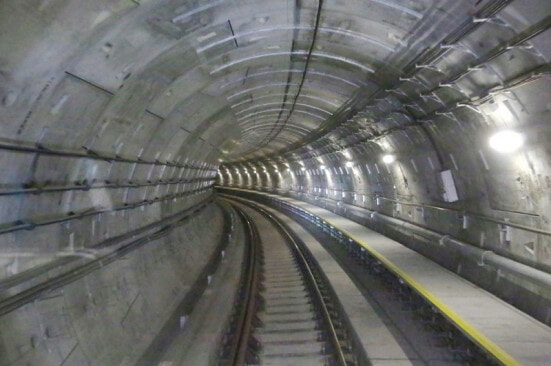 Meanwhile, fully-automated trains would normally travel at 40kph depending on the distance between two stations. However, a top speed of 98kph has been recorded between the stretch of Surian and Kota Damansara MRT stations.

3. All 7 underground stations were inspired by Klang Gates Quartz Ridge

The multi-faceted characteristic of the quartz and its kaleidoscopic reflections are symbolic to Malaysia’s multi-racial, multi-cultural and progressive society.

This unique characteristic is translated onto the architectural design and can be seen on the transparent, reflective and angular entrance structures of these stations.

4. Each underground station has its own unique theme

On top of their unique entrance structures, each underground station also has its own theme, giving a different ambience to its passengers.

Here are some of the stations’ themes (check out the full list here!); 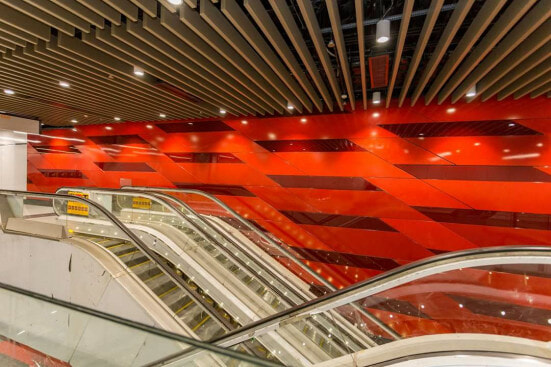 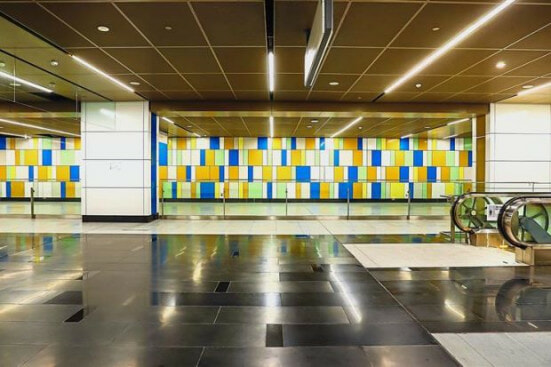 5. The Tun Razak Exchange Station is the largest and deepest station

According to MMO, the underground station is located at 40m deep, which is equivalent to a 13 storey building! 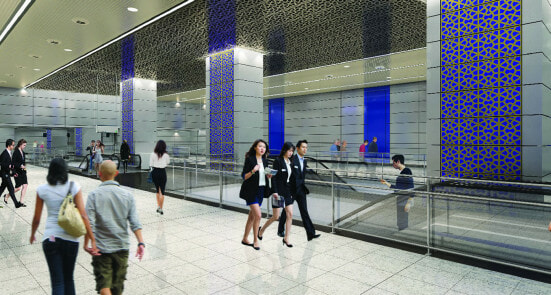 6. The Bukit Bintang Station has the longest escalators

Out of the 31 stations along the SBK line, the Bukit Bintang MRT station escalators are the longest, measuring at 20 metres. 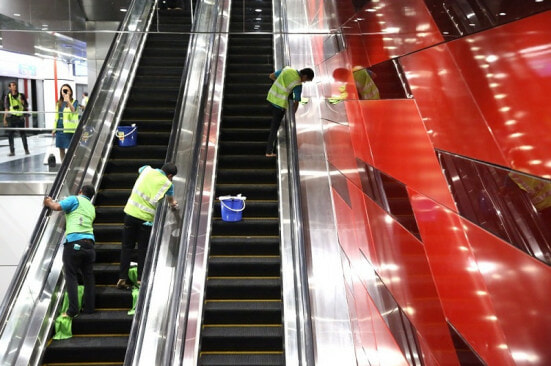 In fact, this is even longer than the one in the Pusat Bandar Damansara MRT station, which measured at 17 metres. 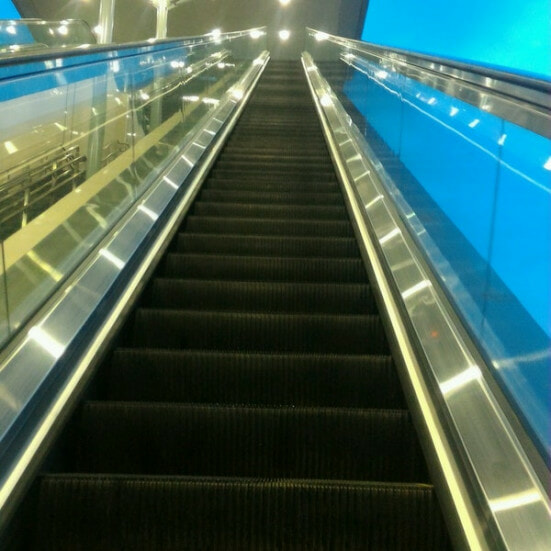 To ensure the safety of passengers, close-circuit television cameras have been installed at strategic locations like the escalators, lifts and links between stations. 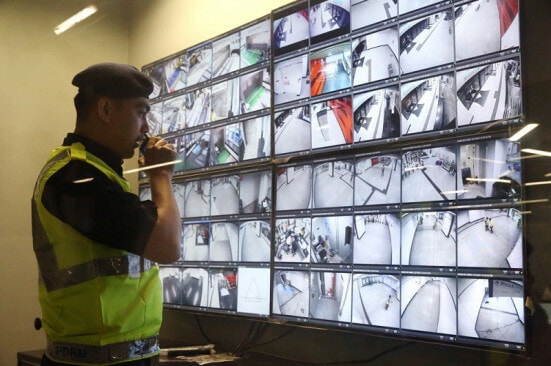 Besides CCTV cameras, platform screen doors and Automatic Platform Gates (APG) were also installed on platforms to prevent passengers from falling onto the tracks.

8. The four-car trains were all assembled in Malaysia

Known as The Guiding Light, the MRT trains were put together locally at an RM80 million plant in Hulu Selangor.

Although 58 trains were bought, only 42 of them are currently in daily operation while the remaining trains are reserved as spares and replacements, especially when preventive maintenance work is being carried out.

In fact, the current 42 trains in operation are adequate to provide for a train frequency of 4 minutes. No more long waiting times! 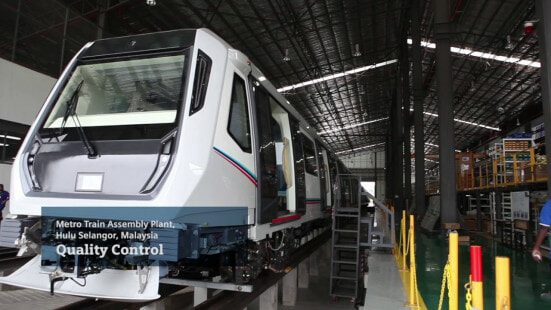 9. The benches in the underground MRT stations were actually designed by students!

Out of the 133 submissions to the Bench Design Competition, six students’ ideas were adopted by MRT Corporation to be put in the underground stations. Each of them received a certificate and a RM7,000 cash prize!

“The winning designs will need to be adapted for production with engineering components added to make the benches safe and tough for heavy usage while being functional,” SBK line project director, Marcus Karakashian said. 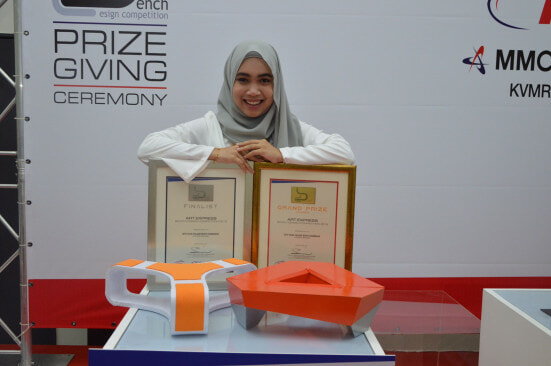 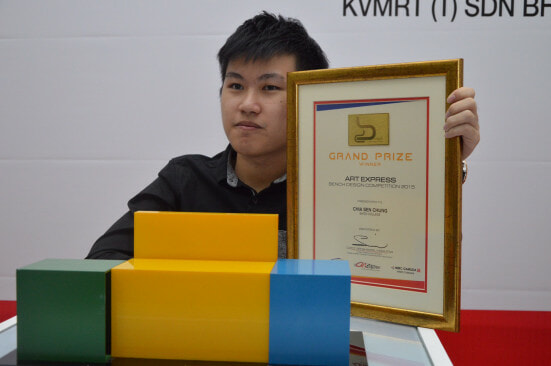 Only six ideas were put into production as none of the submissions for the Bukit Bintang Station made it past the judges.

Now that you’re more informed about the brand-new MRT line, will it be part of your daily commute from now on? Let us know! 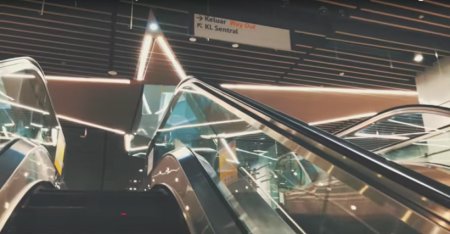