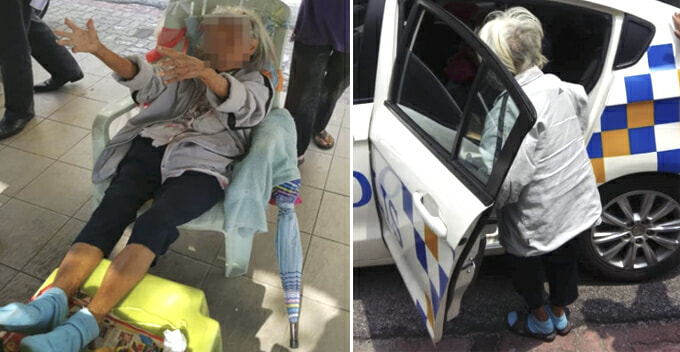 This is the most heartwrenching story we’ve come across today.

An 80-year-old mother was kicked out of her home by her own son over a ridiculous reason and she was forced to seek shelter at a bus stop. What’s more saddening is – this has been going on for a year.

Thankfully, members of the public brought this matter to the famous philanthropist Kuan Chee Heng who’s also the founder of Community Policing Malaysia. He then rushed to the bus stop opposite a mall in Serdang, Selangor to visit the elderly woman to get the full story from her. 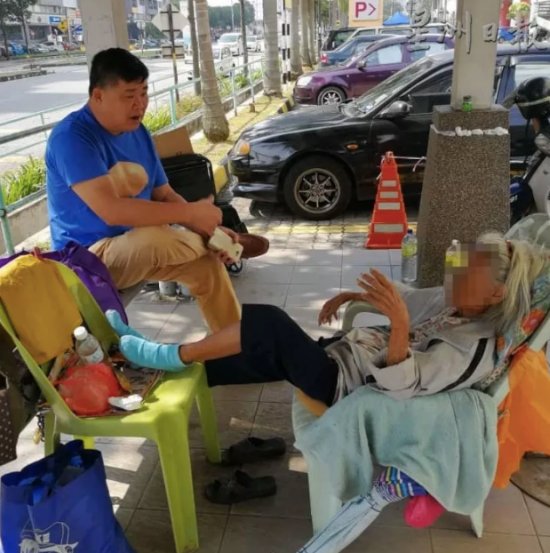 Based on their brief conversation, Kuan told Sinchew that the 80-year-old actually has two sons and one daughter. Before she had to call this bus stop her home, she was living with one of her sons who’s a shoemaker in his 50s.

One year ago, the son suddenly told her that they had no more space in the house and heartlessly requested his elderly mother to move out.

“The old woman then packed up her clothes and came to this bus stop to take shelter,” Kuan told the reporters.

Apparently, the son still visits his mother on daily basis and would bring her food. However, he refused to bring her home and doesn’t seem to care that his mother is sleeping in a public space. What’s wrong with the son!?

Despite her old age, the woman is still healthy, Kuan added. 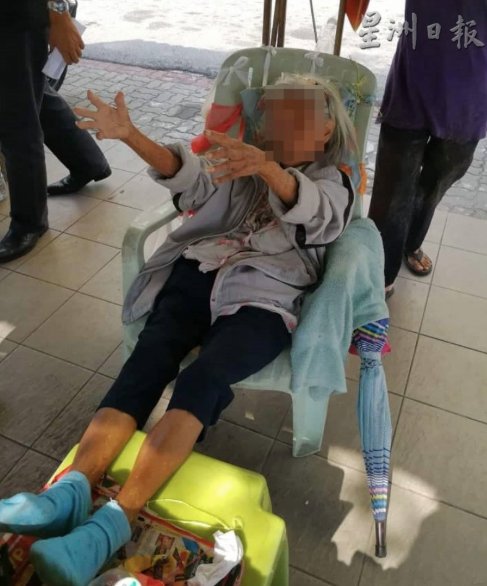 Kuan managed to contact the son and was stunned when he didn’t show any remorse over his unfilial actions. Shockingly, he even expressed dissatisfaction that outsiders were meddling in his family issues.

“The woman’s son said the house is full of stuff and there’s no extra space to accommodate his mother anymore,” Kuan said.

Fed up with the son’s response, Kuan contacted the department of social welfare and officers showed up to help. With the help of policemen, the mother was sent back to her son’s house for one night and will be transferred to a nursing home in Ulu Yam the next day. 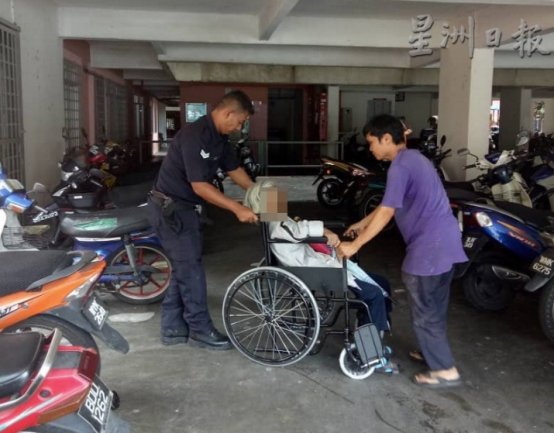 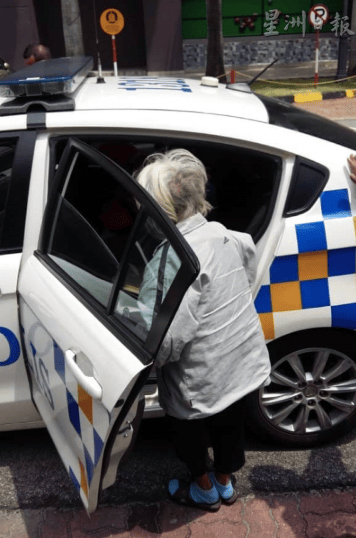 This news enraged many netizens who criticised the son for being irresponsible and ungrateful. Some also questioned about the whereabouts of the other two children as they have every responsibility to take care of the mother as well.

“Being treated like this, I can only imagine how disappointed the mother must’ve felt. I hope the son can come to his senses before it’s too late,” a netizen said.

It’s just heartbreaking to see her having to go through all these in her 80s.

On the bright side, we’re glad that she has got herself a place in the nursing home with someone to take care of her needs, and kudos to Kuan for escalating this matter to the authority. As for the son, we’ve no words for him.

Also read: Broke Son Shares How His Mum Who Only Had RM20 Secretly Put RM9 in His Wallet 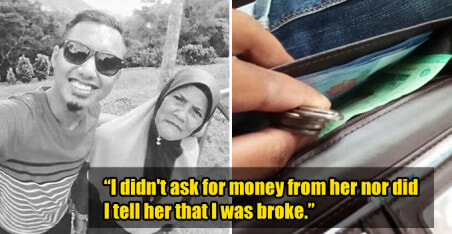