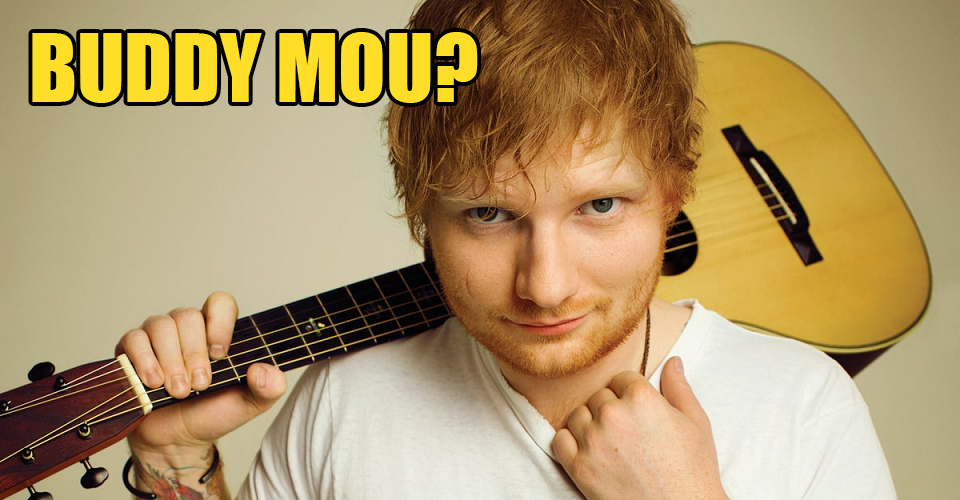 When Ed Sheeran performed in KL in 2017, it was really anyone could ever talk about. Whether you’re a massive Sheerio (how’s that for cutest fan name?) or just someone who listens to his songs when you switch on the radio, there’s actually a lot of pretty cool things that make him a really relatable guy. We actually discovered this when we got the chance to catch a few minutes with the man himself.

Here are some of our reasons why he would make an awesome ‘lepak’ buddy for us Malaysians!

1. He can actually take a bit of heat in his food

As Malaysians, we love our spicy food and it seems that Ed is actually not too bad when it comes to things that are ‘pedas’.

He has had chili in his ‘laksa’ and said, “It was pretty hot. I like spice but I don’t like it too spicy.”

Remember not to kill him by having too much chili yeah! We can definitely appreciate a guy who is willing to try things out at least.

If the names of his albums (plus, multiply, divide) weren’t already a bit of a giveaway on his fascination with maths, he’s also a huge fan of Lord of The Rings. He wrote the song ‘I see Fire’ for the Hobbit movie too!

Oh and he definitely has no hesitation about playing a hobbit if offered the chance saying,  “Absolutely. I look like a hobbit, so I would think I’d be able to fit in quite well.”

By the way, he also said that his next album will definitely be something…

3. You guys could play Monopoly on his own special fan made board!

We kid you not. One of his fans actually took the time to make a customised board for the pop star himself.

“…  She made all the like little figurines and all the things that I was into like LOTR and Simpsons and stuff. And all the things you could buy were things like my school, first venue I played, right up until Wembley Stadium and Madison Square Garden. And the chance and community chest cards were all questions to do with my life. It was really cool but it definitely took a long time to do.”

4. He’s that go-to wise friend when it comes to advice

When asked if there was any advice that he would give to his younger self, Ed said, “I don’t think I’d say anything to my younger self because anything I’ve done, even if I messed up, I’ve learned from it I guess.”

He also gave some great insight into how to deal with the perception of competition, “… Competition doesn’t really exist. You just kind of do your own thing and make what you’re proud off and the competition element of it comes in the working hard.”

Just imagine the sort of real solid knowledge this man could lay down for you over a cup of milo, you’d be set!

5. His vast taste in music

One thing that is evident is that Ed Sheeran doesn’t just make music, he also consumes it and on a wide scale as well.

“March Madness by Future. But it wouldn’t be the first dance song. You know there’s the first dance and then afterwards there’s a song that gets everyone in, it would be that one.”

But he also likes crooner stuff too, citing Frank Sinatra and Michael Bublé as some of his influences.

This means when you’re looking for some new tunes, he could definitely give you some recommendations. And we know he’d be more than happy to listen to some of our local acts too!

Ed Sheeran is one of those celebrities that have been known to be quite humble and we can confirm that this is very true. He’s very upfront about a lot of things in his life – from his arm injury due to the cycling accident that worried everyone to the act of him quitting smoking.

He says, “I really really notice the benefits in my life and I have more energy, I sleep longer. I don’t cough up things with blood in the morning. It’s a healthy thing to do to not smoke.”

And that was just from stopping for 7 months!

We all just want someone chilled and real when we hang out at the ‘mamak’ and this guy just brings all the good vibes with him.

So do you think Ed Sheeran would be someone you want to invite out for a late night ‘Teh Ais’? Let us know in the comments. 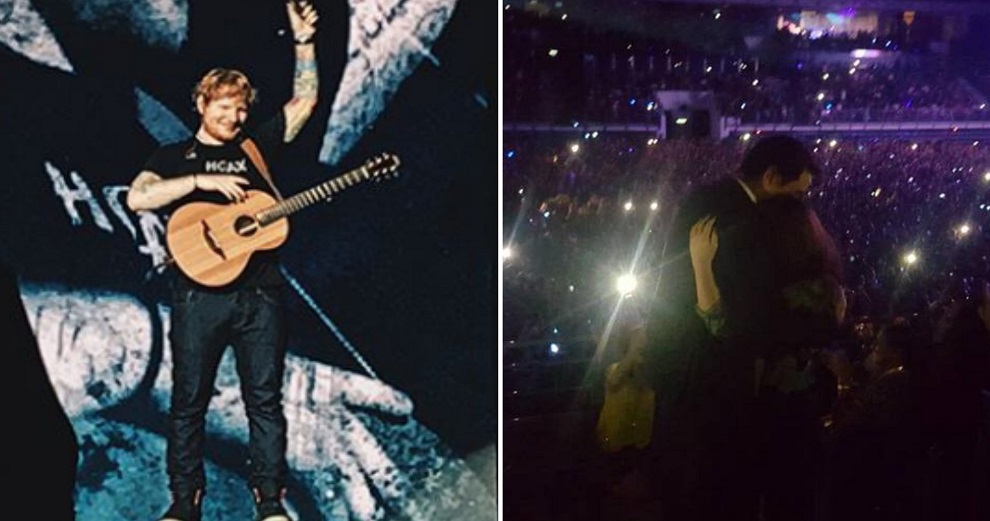