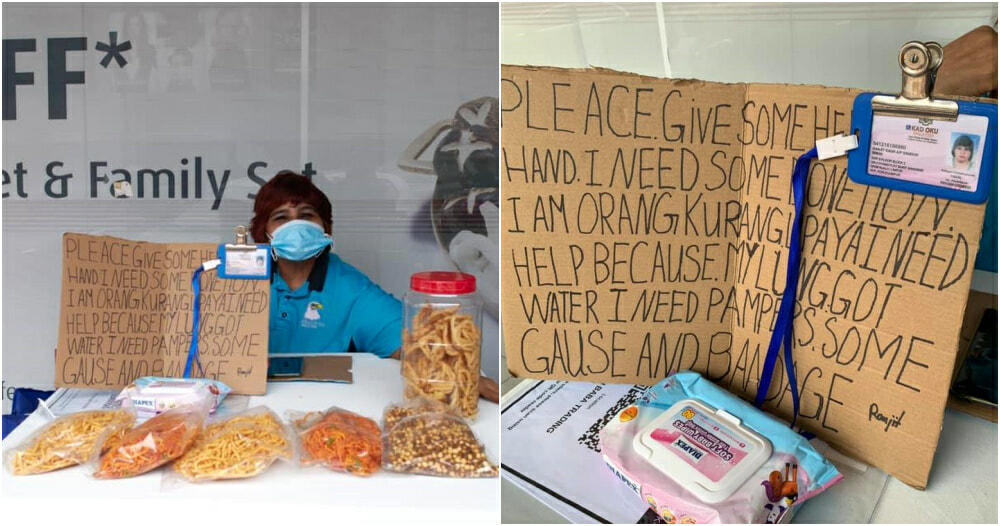 We are all struggling one way or another during these hard times. But some are barely surviving.

A 57-year-old Malaysian woman, Ranjit, who is disabled, is pushing herself to work even harder during these difficult times as she needs to make enough money for both her medical needs and survival.

Ranjit’s story was first brought to light after a netizen, Zenty Suraya took to Facebook to share how she encountered the woman when she was passing by Telawi 3 in Bangsar and heard Ranjit calling passersby to purchase the snacks she was selling.

Zenty decided to speak with her to find out more about her story.

Turns out, Ranjit is in desperate need of funds to not only survive but to cater to her medical needs as well. Ranjit has been selling murukku and other snacks at Telawi 3 (near Hong Leong bank) since November 2020.

Speaking to WORLD OF BUZZ, Ranjit explained she is a divorcee who lives all by herself. Her marriage ended years ago after putting up with years of abuse from her husband. She also has a son, who has been living with her husband. Hence, she has lost contact with both her son and ex-husband. 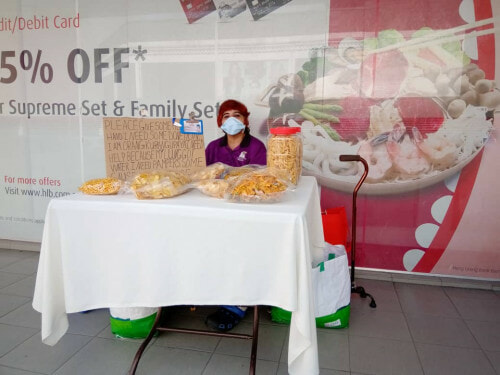 Ranjit said all her life, she was taught to never borrow money from people but work hard to make a living. This motivated her to start her own small business selling murukku and other snacks.

Thankfully, a kind taxi driver volunteers to drive her to Telawi 3 every day and even helps her set up her stall. She works from Monday to Friday, from 2.30pm to 7pm and only takes the weekend off to rest. But, even by working five days a week, she would only make an income of RM600. 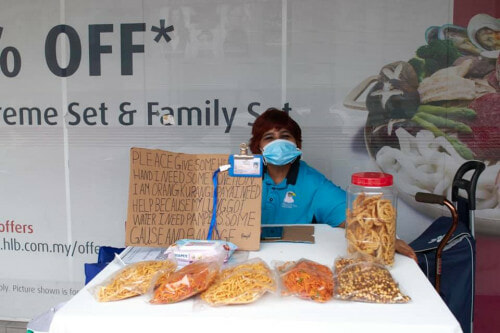 Ranjit said besides her disabilities, she has other medical conditions such as bronchitis, water in her lungs, and varicose veins. She is in desperate need of funds to buy medical supplies to treat these conditions.

Besides having to earn money to survive, Ranjit said she is also responsible for taking care of her terminally ill cousin, who suffers from blood cancer. For those of you who would like to show your support towards Ranjit and her small business, you can purchase her murukku and other yummy snacks at Telawi 3. Ranjit said does not do deliveries but will be there every Monday to Friday from 2.30pm to 7pm.

As for those who are not staying nearby Telawi, you may donate to Ranjit following the details below:

Also Read: Orphaned M’sian With Cerebral Palsy Feeds The Poor & Gives To Charity While Selling Keropok For A Living 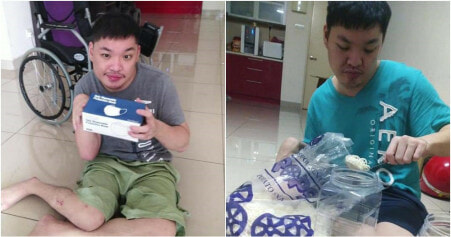