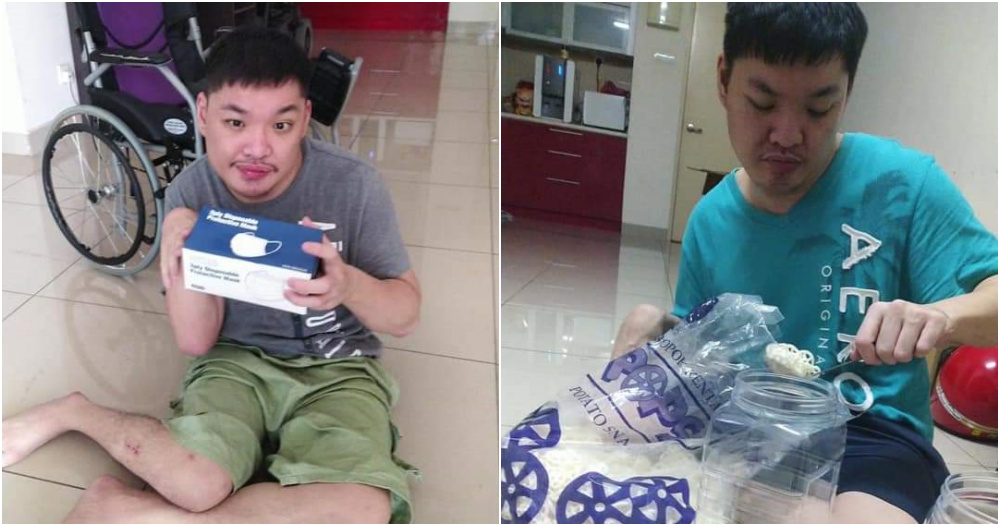 We are all struggling one way or another during these hard times. But, some more than others…

Thirty-year-old Daniel Cheng who has been born with Cerebral Palsy is an inspiring soul to us all. Despite his condition, and having to move about in his wheelchair, he still manages to push through the hardships he faces and continues to do his best to earn a living.

With Cerebral Palsy, Daniel is unable to move one of his legs and one of his arms. Cerebral palsy (CP) is a group of permanent movement disorders that appear in early childhood and affects a person’s ability to move and maintain balance and posture. Yes, there is no cure for CP but there are treatments available to help manage it. 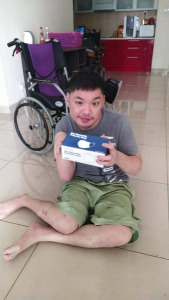 Daniel lost his mother when she gave birth to him and his dad left him when he was just 5-years-old. Even so, till today, he is in search of his dad. He was raised at a centre and is now living all by himself.

Hence, to make a living, he began a small business selling cookies and keropoks.

“I’m selling delicious chips and biscuits to earn more to cover my daily living expenses. I am an orphan. The money I collected I used to pay for the room, rent, buying food and bills,” Daniel wrote on his Facebook. 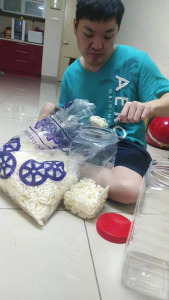 Besides selling yummy tidbits that he gets from a supplier, Daniel also sells facemasks for adults, water filter and deng deng bakar.

A kind Malaysian, Joash, reached out to WORLD OF BUZZ to share Daniel’s story after visiting him recently at his home in KL.

“I would describe him as really positive and having a lot of love to give out. He didn’t have a good childhood, to begin with, and is looking for his dad since young. 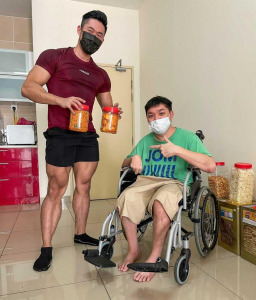 I do check on his profile quite a lot and really shows me that even when he’s discouraged, he still get back up and look at life on the brighter side.

And he’s really compassionate too, giving to charity despite his condition, feeding the poor, and all these traits, should be applauded, plus he’s disabled,” Joash told WORLD OF BUZZ.

“Besides that, I like the fact he appreciates my help, in fact, he even invited me over for his birthday. I think his personality alone has already touched my heart. His story just makes me want to help him even more,” he added.

For those who would like to show your support towards Daniel and his small business, you can reach him at 6016-275 8379 or drop him a message on his Facebook page here! If he is late in replying, please be patient and thoughtful of his condition. 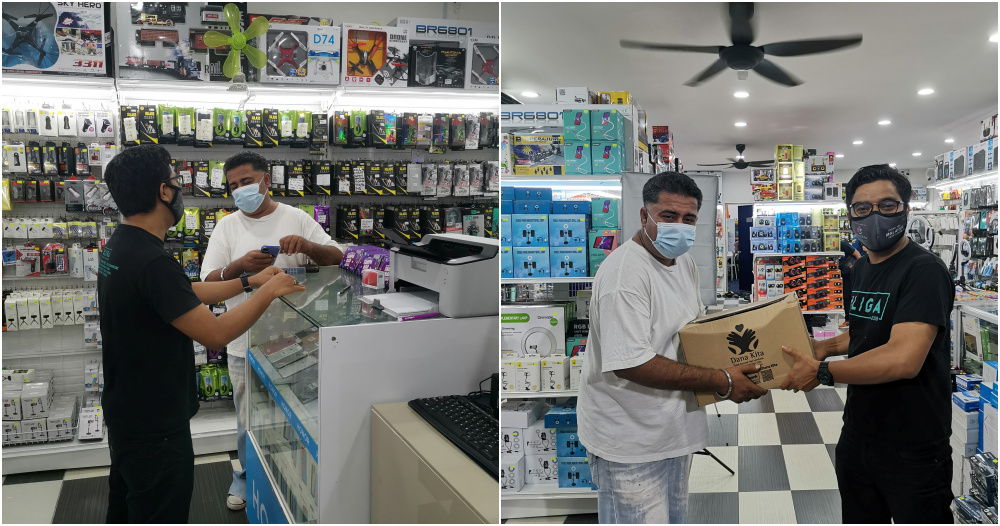