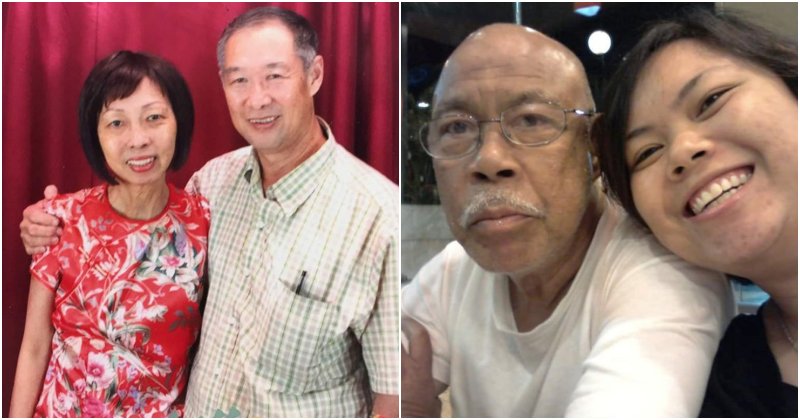 Losing a loved one is never an easy process to have to go through. But for those who have been through the ordeal, what we tend to remember most from the death of our loved ones are the memories they leave behind with us, especially in their final moments.

In an intimate conversation with some of our readers and writers, we compiled 5 stories of the last memories that their dearly departed loved ones have left them with. So be prepared to have your tissues ready, because this is going to be one truly emotional ride.

1. “The last meal I had with him was the dinner that he lovingly cooked for his children”

Our first submission comes from Jen May Ying, who is the second child out of three children in her family. She recalls her late father having always been a pillar of strength of their family, and took on the role as the bedrock of their home after her mother passed away from cancer in 2014. It’s with his determination that kept the family together during that difficult period of time. 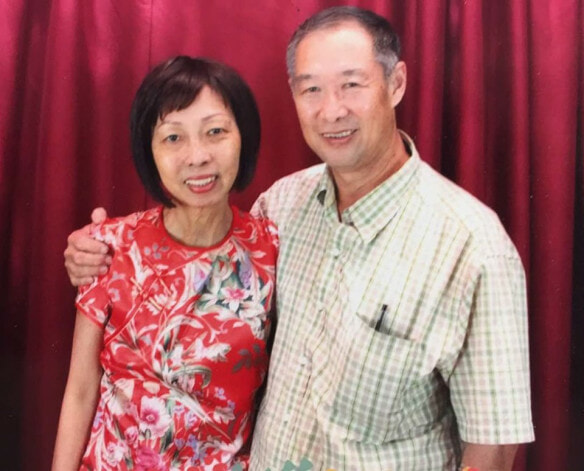 But what Jen May remembers most, is the last meal that her late father prepared for their family.

“In essence, he (her late father) finds joy in putting others above himself. The last meal I had with him was the dinner that he lovingly cooked for his children.

He was already suffering from muscle aches then but he still pushed himself.”

After dinner, she left her family home, but not before giving her late father a kiss on the cheek goodbye. Little did she know, that kiss would be the last kiss she gave her father. Two weeks later, the muscle aches that he had been suffering from earlier on had worsened.

Despite that, her father, who had always been a generous man, decided to wash his own car himself as he wanted to save the money to spend it on his family. By then, the onset of a heart attack had taken place and he passed away.

Speaking to WORLD OF BUZZ, Jen May told us that the one thing that stuck with her the most from her late father was the reminder to never let money come between their family, and reminded her that:

“If you can’t fight the storm, just ride through it and laugh through it, because worrying does no help.”

2. “Till this day, I regretted going for the trip”

Our second submission comes from Atia Hussain, who was the sole daughter born to her family. As such, you can imagine how she was easily the apple of her late father’s eye, and she told us how he would treat her like a princess. 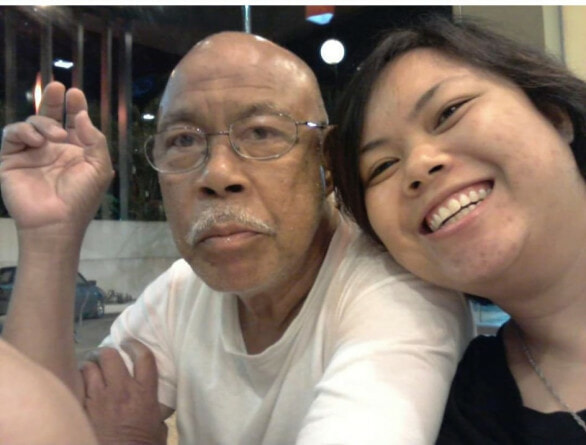 The last memory she has of her late father happened as she was just about to leave for a diving trip. Recalling the entire episode by heart, Atia says that her late father had appeared cheery and happy, and told her to be careful before she left.

But what she didn’t know was that on that fateful day, that would be the last time she saw her father as his ‘normal self’. According to Atia, upon her return from her diving trip, her mother had told her that her late-father’s behaviour changed drastically.

“The first thing my mom told me was my dad keep forgetting how to pray properly.

I observed his behaviour, and I could clearly see something was not right.”

She told us that her father started exhibiting childlike behaviour and his condition worsened to a point where he couldn’t speak or write properly anymore. So much so that her family found it difficult to understand him at all. 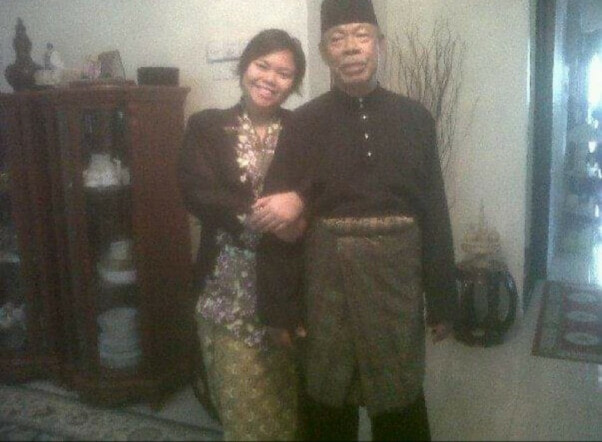 Admitting him to the hospital, Atia said that would be the last time she would see her late-father beyond a hospital bed. Spending a month in the sterile confines of the hospital with him, their family bid goodbye to her late-father after he was further admitted into Intensive Care for a week.

“Till this day, I regretted going for the trip. Had I not went for the diving trip, I would have had spent more time with him that week.”

Atia tells us that as cliche as this old piece of advice may sound, we should always spend as much time as we can with our parents, as we never know how much time we have left with them.

3. “I regret not spending more time with him and asking him to share more about his history”

Our third submission comes from Pui Fun, who shares her memories – not with her dad – but with her own late-grandfather. Her most salient memory of being with him before he passed on was during his 93rd birthday, when a party was being held at his home in celebration. Despite suffering from coronary and respiratory difficulties, he remained relatively agile for his age. 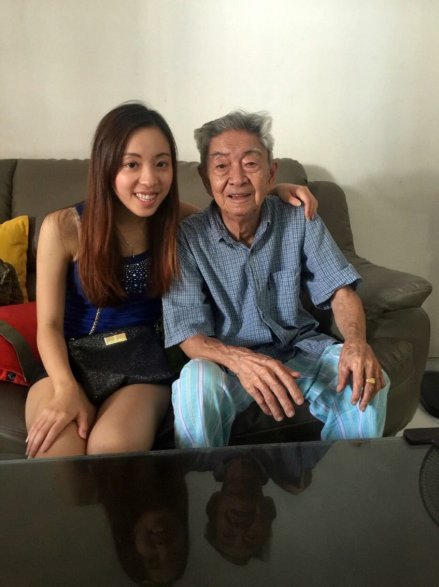 Celebrating it around with both family and friends, Pui Fun’s late-grandfather had been very happy that he was able to celebrate his birthday with not only his kids, but his grandkids as well. After all, they hadn’t seen him in some time and there’s plenty of catching up to do together as a family. In fact, she mentions that she was especially close with him as he had brought her up in her schooling days.

But two weeks later, after his birthday celebration, Pui Fun received a call from her aunt, telling her that her grandfather had passed on.

“I regret not spending more time with him and asking him to share more about his history, as he was simply brimming with stories.”, she said.

She also adds that her late-grandfather had always taught her to appreciate the people around her and to create more memories with them, before it’s too late. Advice she says that she continues to carry with her, even to this day.

4. “He showed me to connect with your family, eat your favourite food and finally, enjoy the simplest pleasure in life because we only have one of it”

Our fourth submission comes from Veronica, who spoke about her last memories spent with her late-father. At only the tender age of 7, she hadn’t any idea as to how sickly her father was at the time. As children tend to be, the concept of life and death escaped her. But what she does recall is the day before he was admitted to hospital. 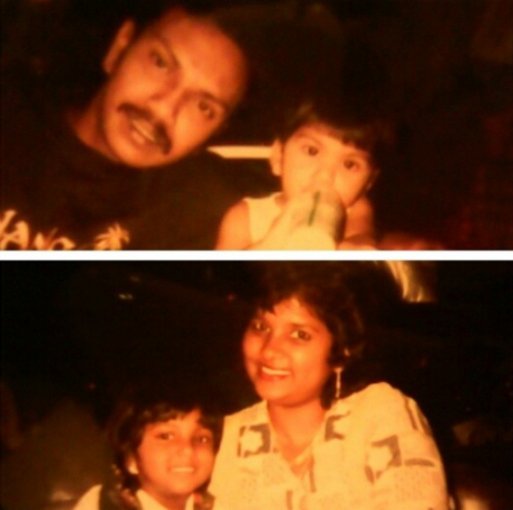 After receiving her Christmas presents from him, her late-father decided to take the family on a road-trip to reconnect with other members of their family. As many of their family members had moved to different locations, it took some looking before they could track one of them down: one of Veronica’s aunts. Despite being shocked by their sudden visit, her aunt welcomed them with open arms and they spent time together.

“After that, he drove all the way to Seremban. He was half-blind this time, but insisted he would drive because he likes driving.”, she says.

They drove all the way to Seremban, where they arrived at the home of her uncle. They laughed, ate and even had her mother cook him his favourite fish head curry. 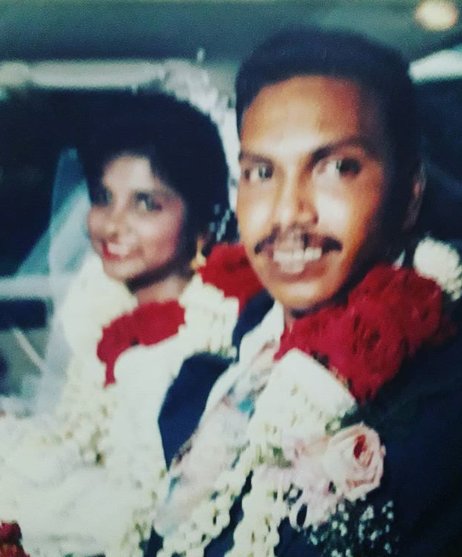 But the day after that, he was admitted into hospital. After visiting hours were over, all Veronica remembers was giving her father a kiss on the cheek with her sister before leaving. That was their final memory of being with him, before he passed on.

“He showed me to connect with your family before it’s too late (it was too late for him), eat your favourite food and finally, enjoy the simplest pleasure in life because we only have one of it.”, she says.

And that might just be one of life’s most important lessons to take up.

5. “I still bear the regrets of not having gotten to truly know my late-grandfather as well as I should have”

This story comes from my own submission and it may not be my dad, but this memory is with my grandfather. It’s funny to think about this in retrospect, how my relationship was with my late-grandfather. I don’t think I could have said that we were especially close when I was growing up, as my late-grandfather had always appeared to be a rather reserved man that was preoccupied with thoughts of his own, and would often spend many afternoons watching Bloomberg or CNBC on the family television when I came home from school. 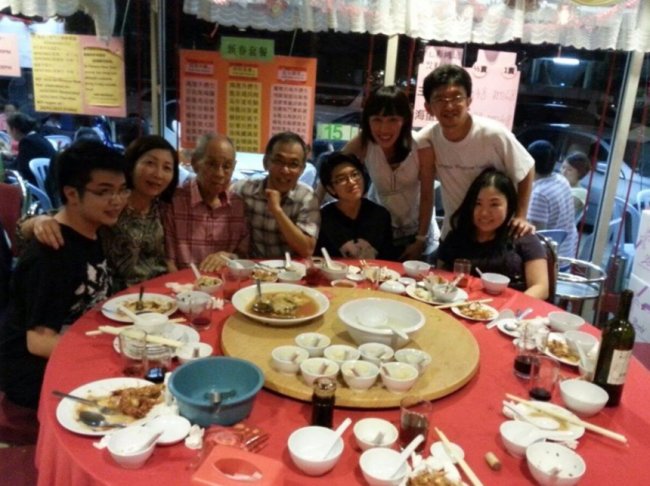 But it was only when his health began to deteriorate did I begin to spend more time with my late-grandfather, when every member of my family took turns to take up the responsibility of caring for him.

As he grew older, he eventually came to depend on a dialysis machine. So a lot of my most recent memories of him were of carrying boxes of dialysis fluid into his room. 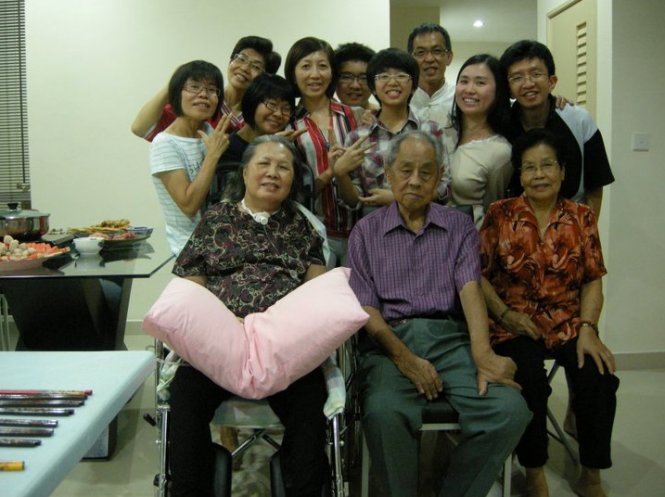 But one fateful day, when my late-grandfather complained of a sudden stomach ache, me and my mother both took him to the hospital for a check-up. The doctor insisted that he stayed for further observation, and his condition only worsened.

It was my mother who received the call from the hospital on the night that he passed on and I heard a knocking on my door in the middle of the night, sometime at 1am in the morning. Tears had filled her eyes and she was sniffling. My heart dropped.

“The hospital just called. Gong gong had passed away.”

To this day, I still bear the regrets of not having gotten to truly know my late-grandfather as well as I should have. And my advice to all of you is as old as time itself; appreciate your loved ones while you still have them close to heart. You’ll never know when you’ll see them last.

Throughout all these stories, one thread connects them all: always remember to cherish the ones you love. Make memories with them. Love them and cherish them. As time is fleeting, and we never know how much is truly left. To those who have submitted their stories to us, we thank you from the bottom of our hearts. 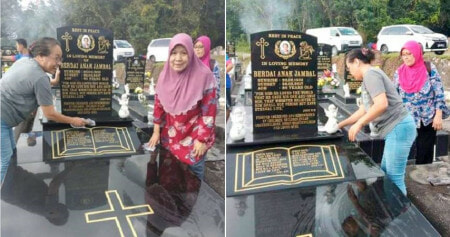