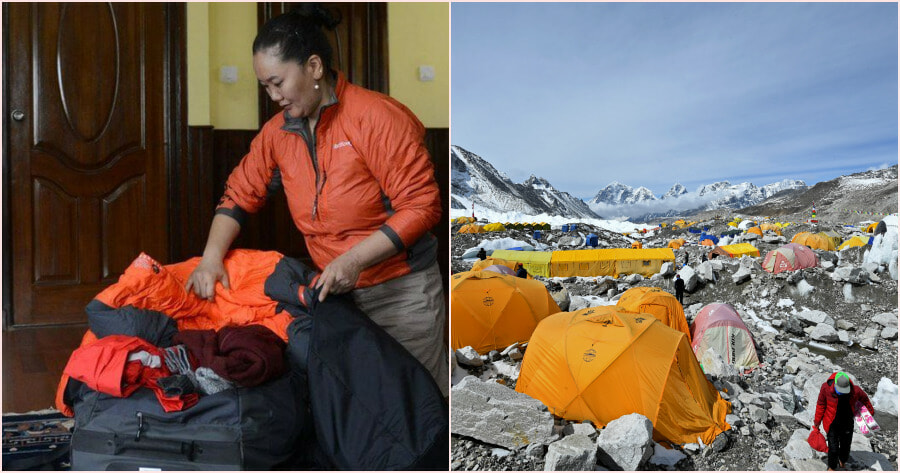 When it comes to something that you are passionate about, you’ll push yourself to take on the impossible no matter what.

According to the BBC, 48-year-old Nepalese Lhakpa Sherpa, has just climbed Mount Everest for the 10th time.

Her 10-time achievement was reported by her brother and confirmed by a Nepalese official and makes her the first woman to do so. 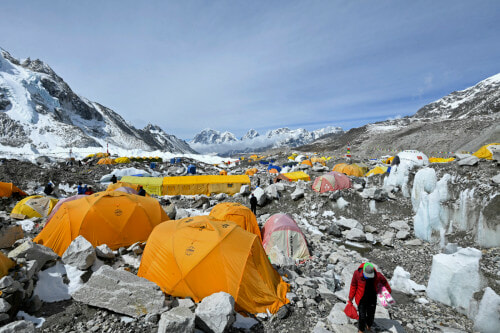 Despite being chosen by the BBC as one its 100 most inspirational and influential women for 2016, Lhakpa has had to do a lot of convincing in order to achieve her dream.

“I was born in a cave,” she said, breaking into laughter. “I don’t even know my date of birth. My passport says I am 48.”

She began life in a village more than 4,000m above sea level in the Makalu region of eastern Nepal and is a member of the Sherpa ethnic group, descended from nomadic Tibetans, who are used to living in high altitudes.

“I remember having to walk for hours, sometimes carrying my brothers to school, only to be turned away when I got there. At the time, girls were not allowed to go to school,” she said. 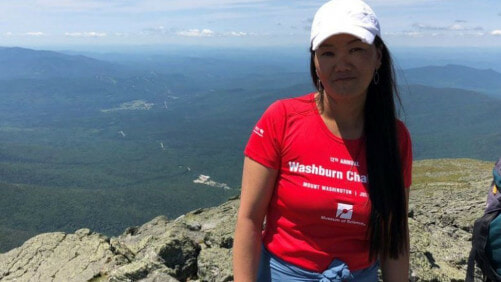 “I grew up right next to Everest, I could see it from my home. Everest continues to inspire and excite me,” she recalled.

However, Lhakpa’s parents didn’t back her dream.

“My mum said I would never get married. She warned me that I would become too masculine and undesirable. The villagers told me that it’s a man’s job and I would die if I tried it.”

Despite all the naysayers, Lhakpa brushed aside all those concerns and made it to Everest’s highest ridge back in 2000. In 2003, she became the first woman to scale Everest 3 times. 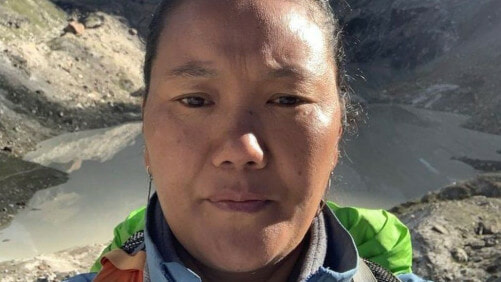 Lhakpa now lives in the US state of Connecticut with her two daughters. She also has a son from a previous relationship.

During her initial expeditions she used to plant the Nepali flag at the summit. But this time, she was carrying the US flag.

Her achievements failed to attract media attention and sponsors and for many years, she was living unrecognised, and working for minimum wage.

“My jobs included taking care of the elderly, house cleaning and dish washing.”

“I didn’t make much money. I couldn’t afford to buy clothes or pay for haircuts. I just had to focus on taking care of my children and then hope I had enough to return to Everest,” she said. 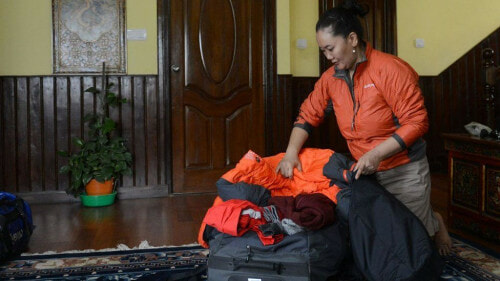 Financially, things began to change after she learned to speak English well. She gave interviews, and spoke at events and even managed to get a sponsor for her 9th scale of the summit.

But for her 10th, she raised the money through crowdfunding.

Lhakpa says that she always starts her trek with a customary prayer as safety is her biggest priority, due to Mount Everest’s dangerous reputation.

“The mountain decides the weather. During bad weather I would just wait. We can’t wrestle a mountain.”

“Past 8,000m, I feel like a zombie. You can’t eat and everything is frozen. You have to climb at night so that you can descend from the summit in the daylight. It’s scary,” she explained.

She has no plans to retire after this season as she hopes to scale K2, the world’s 2nd-highest peak. She is also thinking of climbing Everest in the future with her son and daughters.

“I’ve had a challenging life. Mountains made me happy and relaxed. I will never give up. I want young women not to give up,” she said. 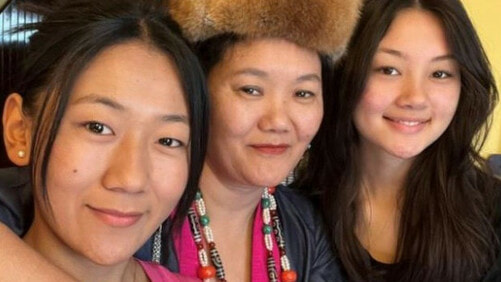 What do you think of Lhakpa’s achievement? Let us know in the comments. 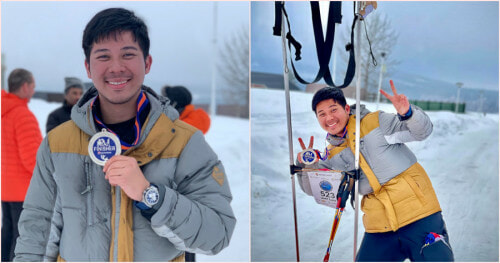