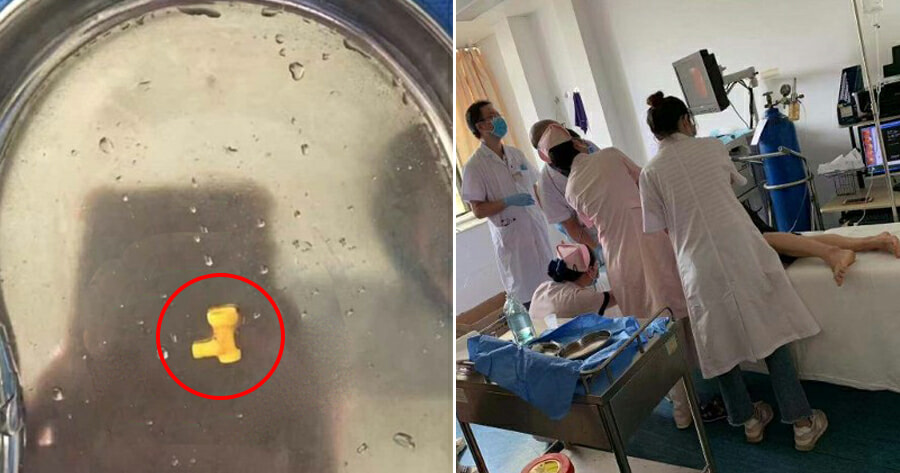 Some of the most hazardous items for babies are small objects as they like to put them in their mouth. This can lead to the babies accidentally swallowing or choking on these items which could cause harm or even death.

According to Oriental Daily, a one-year-old girl from Zhuhai, Guangdong Province in China had accidentally swallowed a very tiny T-shaped building block from a toy which got stuck at the entrance of her throat. 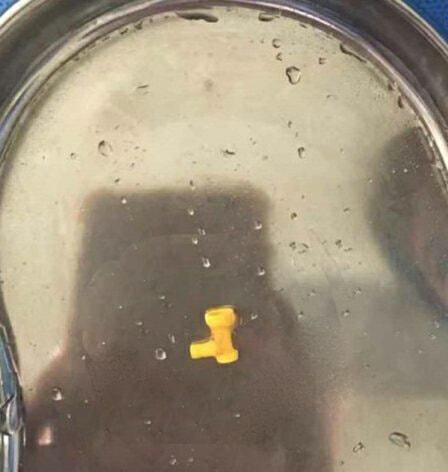 Her mother saw what happened and had the “brilliant” idea of getting it out by sucking it out with her own mouth. So, she proceeded to do “mouth-to-mouth” on her daughter, but instead of blowing air into the mouth, she inhaled.

However, she did it with such excessive force that the toy was sucked out of her daughter’s throat and flew into her own throat instead! This caused her to start coughing and breathing difficulties.

Luckily, the mother was brought to the hospital in time for treatment where the doctors successfully managed to remove the toy from her throat. They used a bronchoscope and retrieved the toy in about half an hour. 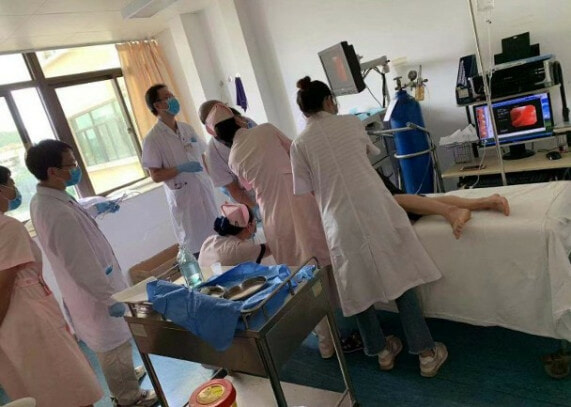 Good thing the doctors managed to get the toy out in time! This serves as a good reminder for parents with small kids; always be on the lookout for small objects that your child could potentially choke on.

Also read: 2yo Tragically Passes Away After Choking on Bread at Selayang Babysitter’s House 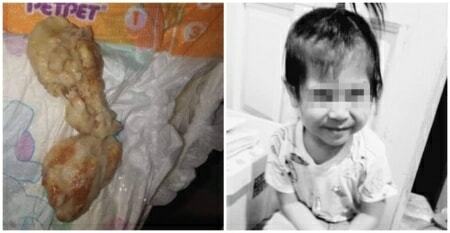