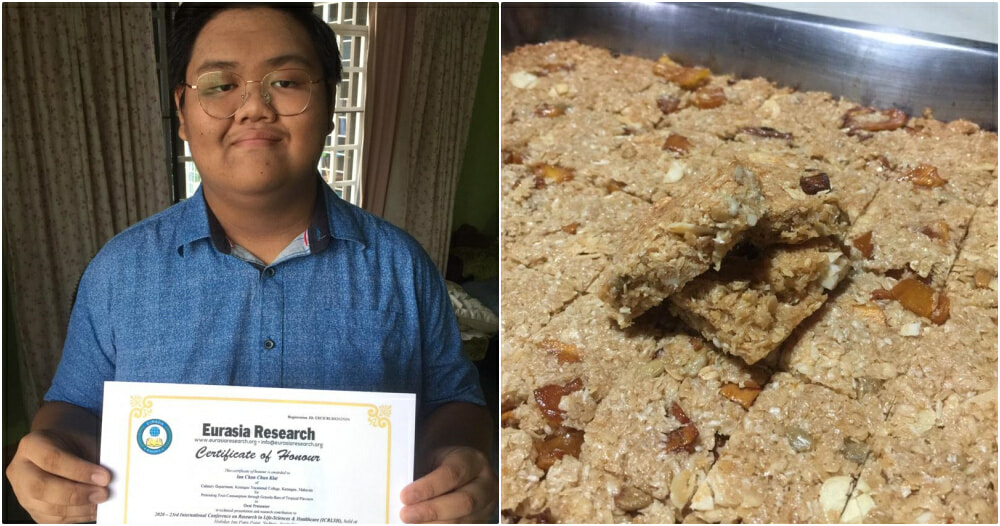 A culinary student from Keningau Vocational College in Sabah has managed to make a name for himself when he impressed an international conference with his virtual presentation that took place in Sydney, Australia on 5 November.

Being in the middle of the pandemic did not break the spirit of 19-year-old Ian Chun Chan Kiat, who pressed on to complete his final year project. He was the only Malaysian presenter at the 23rd International Conference on Research in Life Sciences and Healthcare (ICRLSH) organised by Eurasia Research, an international organisation that runs conferences worldwide. 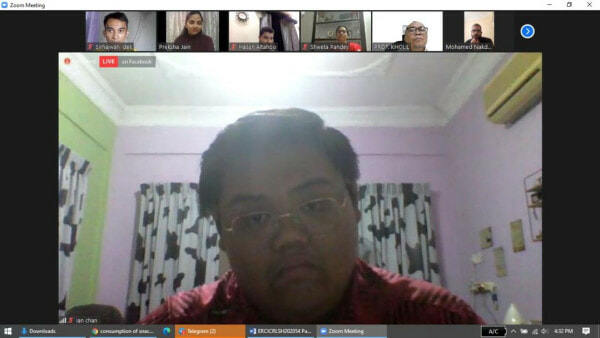 His project, “Promoting fruit consumption through granola bars of tropical flavours” involved mixing granola bars and jackfruit, a unique combination that stands out from what we have in the market now. Luckily enough, WOB managed to contact Chun Kiat’s English teacher, Sirhajwan Idek, to get all the exclusive details!

At first, Chun Kiat’s plan was to make one of the main ingredients for his product is using Tarap, a native fruit from Borneo but he had difficulties in finding the fruit since it is seasonal. Thankfully, after a few days of searching, he was able to find it, shared Sirhajwan. 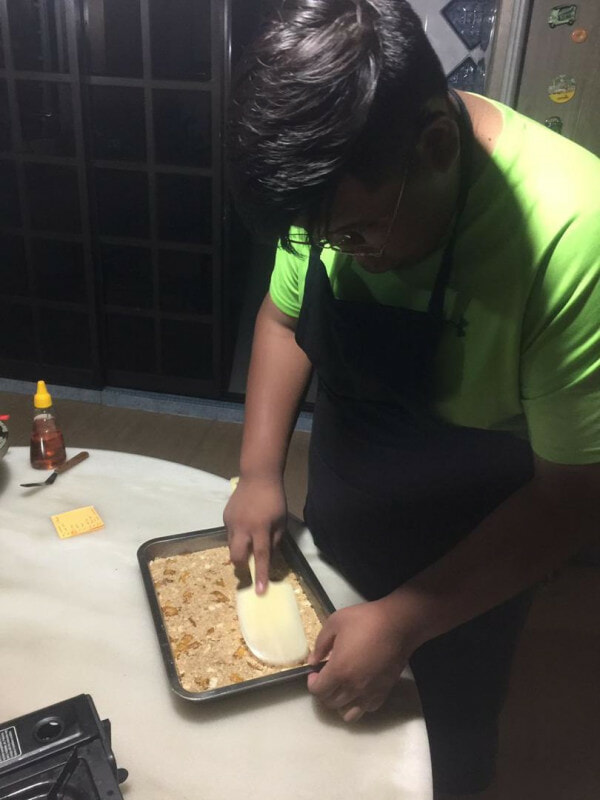 Unfortunately, his experiment with the Tarap didn’t work out that well, that is when he decided to focus only on jackfruit instead.  Chun Kiat’s aim for this project was to produce a snack that can encourage people to start eating healthily.

“Hence why, he created a granola bar using local fruit and he probably saw the potential in popularising the snack since it’s not that well known among locals,” Sirhajwan added.

Sirhajwan said that he is truly proud of his students since most of them are struggling with stereotypes on how people see themselves and this international achievement has proven that they are highly capable and talented.

“I feel so proud. My students are from the vocational stream, which is considered an alternative to our mainstream education, and these students are from rural areas. They are struggling with stereotypes of how people see them and how they themselves see themselves, they sometimes feel inferior in comparison with their urban counterparts or even those from mainstream schools.”

He also said that Chun Kiat is a student with great discipline and is full of dedication. Besides his achievement, he is also actively involved in some of the community projects that are under Sirhajwan. 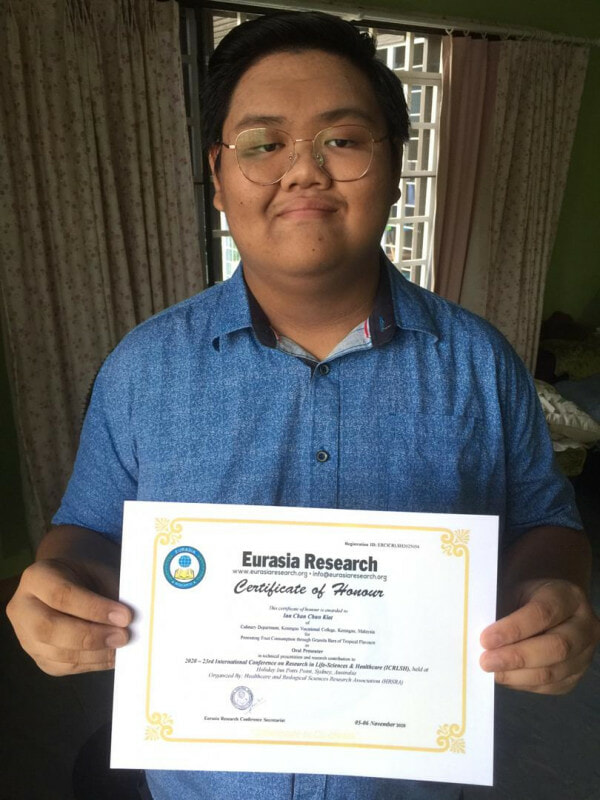 In terms of entering the market, Sirhajwan believes that the food and beverage industry is one of the most profitable and strong industries even during this pandemic. It is a market that has huge possibilities with a large number of buyers and consumers.

“However, he has to figure out his actual target population. Granola bars are expensive so he either finds ways to make them cheap and affordable for school students, his original target subjects, or he maintains the standard price of the snack but narrows his target subject to middle-class consumers.” He added.

Besides that, Chun Kiat will also be publishing a paper on the project in the International Journal of Health and Life Science.

Also Read: These Malaysian School & Uni Students Are On A Mission To Feed 1,000 Hungry Sabah Homes